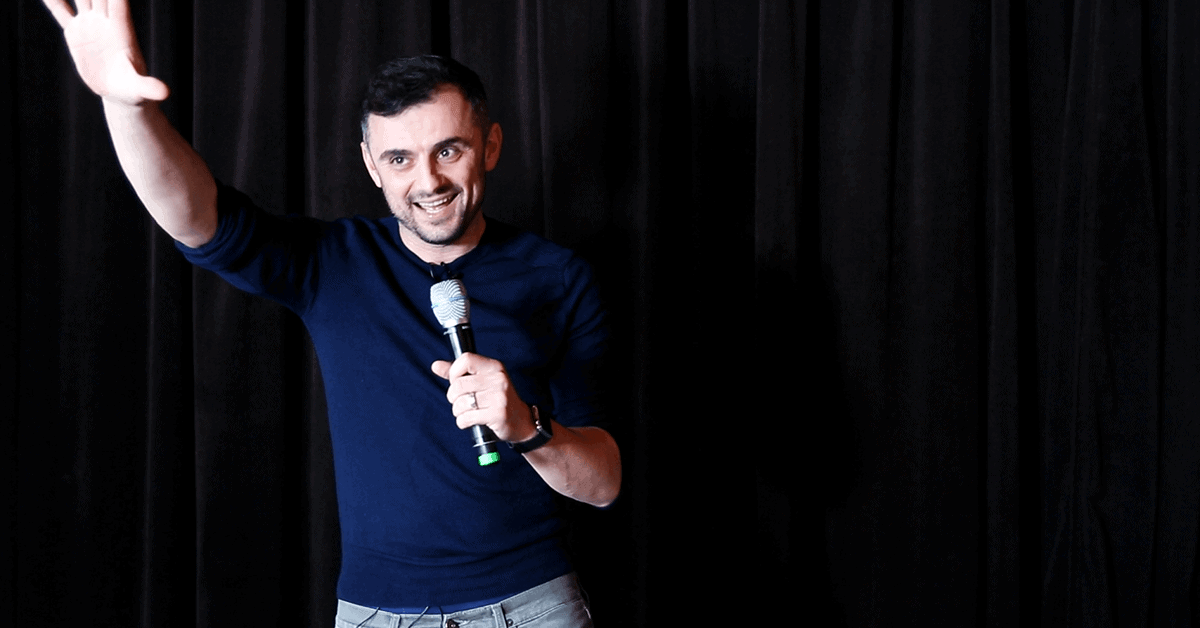 The #AskGaryVee Show: Everything You Need to Know

On a random day in July 2014, I pulled my what was then three person team into a meeting out of the blue and said “We are going to start a new web show.”

That is how The #AskGaryVee Show got its start.

The next day, we were in a room with minimal set-up, a DSLR camera, and some questions we had found on Twitter about entrepreneurship, marketing, and running a business. The camera started rolling, I answered the questions, and thus concluded the first episode of #AskGaryVee.

Why The #AskGaryvee Show?

This wasn’t my first time doing a web show. Those who have been following me for a while know that, from 2006 to 2011, I did a show called WineLibraryTV (also affectionately known as The Thunder Show). I did it nearly every day for five years, rarely missing a day. That show was how I got my start. It launched me into a sort of cult internet fame status and it eventually became the reason I was able to have the social media career I have today.

I did 1000 episodes of WineLibraryTV before ending it in 2011 to fully focus on my businesses and my newly started agency, VaynerMedia. But the success of the show stuck with me; I realized how valuable having that platform on which I could give back to my community in a fun and engaging way. It was inevitable that I would eventually do another show.

While #AskGaryVee was never going to be daily like WineLibraryTV was, I started it for essentially the same reasons. It’s a way to create more content for myself, get more of my message and thoughts out there, and connect with my community.

So…what is The #AskGaryVee Show?

Very simply, The #AskGaryVee Show is a Q&A show meant to provide as much value to the viewers as possible. Period.

In a more detailed way, I would say it’s a YouTube web show and podcast in which I provide my direct, one-to-one answers to questions on a wide range of topics. We cover social media, entrepreneurship, startups, work/life balance and much, much more. I’m able to provide value based on lifetime of building successful, multi-million dollar companies and coming early to technologies and platforms like Twitter, Facebook, Snapchat and Uber, among many others.

We release two to three episodes per week, reaching not only my 148k+ YouTube subscribers but also my millions of Twitter followers and over 400k Facebook fans. On top of that, the show is also available as a downloadable podcast on iTunes. When you add that all up, we’re talking about a combined audience of nearly 2 million people.

But the point is this: the show is for the viewers. I’ve built my business and personal brand on providing real, direct value on a one-to-one basis, and the show has become the most effective way to scale that in a big way.

My co-host, India, picks questions from Twitter by watching the hashtag #AskGaryVee. She usually picks a wide variety of topics for one show so we cover a lot of ground, and always tries to bring up new topics. I don’t know what the questions are before the show. When India reads them to me in that room, it’s the first time I am hearing them. Occasionally I email her a question or two, but otherwise, she’s the only one who knows what is going to get asked.

As of this post, the show has reached episode 176 and there’s no signs of stopping. At episode 100 I joked that I was going to end it, but let’s be honest: there’s no way I could really. Not just yet. 😉

I first started hinting that my next book would be based off of #AskGaryVee about a year into the show. From there, the concept grew, and as of writing this, I am currently promoting the book and getting ready for the March release date.

This book compiles every question ever asked on the show and organizes them into categories and chapters. Chapters include education, family business, Facebook ads, leadership, management, and much more. Plus, there are bonus questions that have never even been on the show and some fun behind the scenes information from my team and other people who have worked on it.

You can pre-order the book now. 😉

The Best of The #AskGaryvee Show

Below are a few lists that chronicle some of my favorite moments on the #AskGaryVee Show. Hard to pick and choose, but these are a great place to start if you’re new to the show.

How to Watch and Listen to the Show

While video has always been my favorite way to get my points across, I made the show available as a podcast too. I know a lot of people wanted to be able to listen to the show during their commute or workout, so a podcast just made sense. Often, we will do exclusive questions and bonus content just for the podcast.

Click through to these articles for more history and recaps of the show.

Behind the Scenes: See How the Show is Made

The Business Model Behind The #AskGaryVee Show