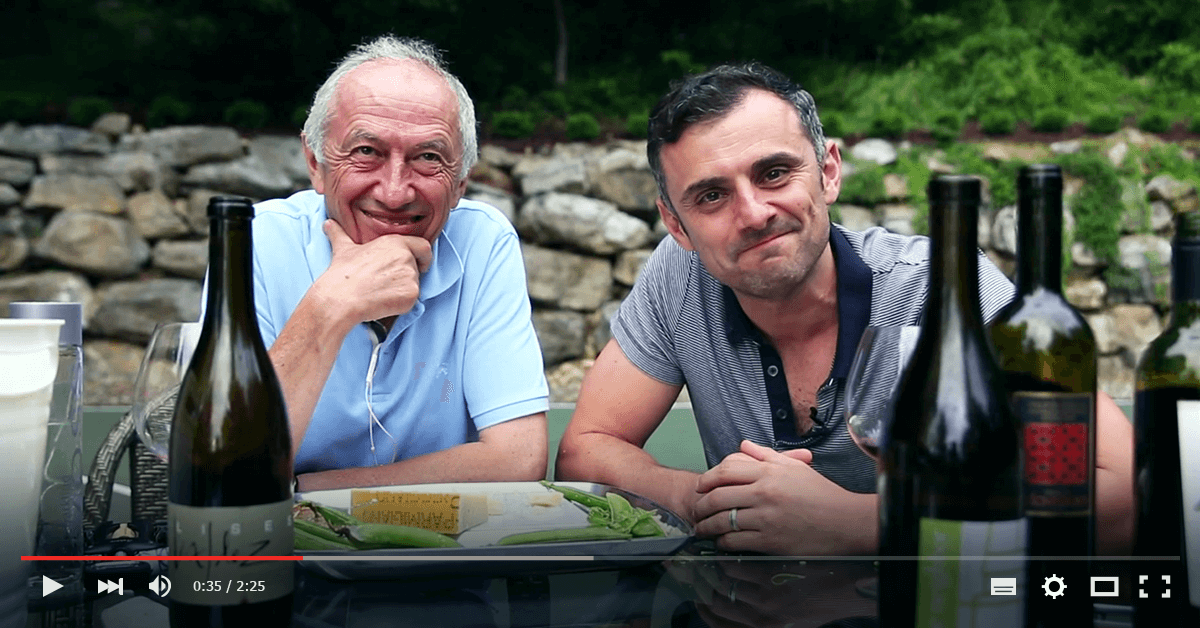 It was a big year for my YouTube show The #AskGaryVee Show, so I wanted to share a list of my favorite moments with all of you. As always, I’m so grateful for your attention. I hope revisiting these gets you motivated to hustle through the end of the year and into the next.

This one was just too much fun. We rented out an event space and held the the 100th episode live. I invited everyone who watches the show with an announcement a few episodes before. Members of the Vayner Nation came from far and wide, and I took questions on the spot with no prep at all.

I’m consistently impressed with the amazing things the employees of my agency VaynerMedia do, and whenever they come on the show, it’s a tremendous time. They aren’t afraid to ask the tough questions, and this episode proved it.

Big fans of the show will remember this episode as being one of the best ones of the year. I was on fire. We got tactful about Twitter and Facebook but also emotional on authentic marketing. Check it out above.

4. Gary has a tender moment with his dad

This episode, I invited my dad, Sasha, to join me and answer questions with me. Needless to say, it became a very special episode very quickly. I shed a tear even, and my dad was just fantastic.

5. The golden era and Gary sneezes

The golden era lasted a solid ten episodes, with the above episode (123) landing right in the middle and being a personal favorite of mine. Plus, I sneeze in it. Pretty sure that hadn’t happened yet on the show.

6. One year anniversary with contest winners

At the one year anniversary of #AskGaryVee, we held a contest: three lucky winners got to join the GaryVee squad for a day and work with us, help us make the show, and spend a day at Vayner with my crew. The day was awesome and the episode really reflects that.

7. Vayner Interns on the show

Every summer, VaynerMedia gets an amazing group of interns who work hard all summer and learn in every different department of Vayner. This year, I brought four of them on the show to ask me questions, and it was awesome. Watch above.

This year, I announced VaynerMedia would be opening an office in London. Because of that, I took a few trips there this year, and was able to squeeze in an #AskGaryVee during one of the trips. That became the first international #AskGaryVee ever, and I had some very special guests on the show.

9. 360 degrees and Gary reveals his clone

For this episode, we were able to have some fun with a new camera rig that VaynerMedia built to shoot everything in 360 degrees. That made for a few hidden surprise in this episode. See if you can spot them all. 😉

10. Chase Jarvis comes on the show

Chase is such a solid dude, and having him on the show was a blast. We answered some great questions in big detail and lots of fans of the show said it was one of their favorite episodes of all time. There was a lot to discuss, and Chase really brought the fire.

This is definitely one of the weirdest thing I have ever done. I didn’t want to miss recording an episode of the show, so I decided to film it during my workout. No biggie, I thought. Turns out it was harder than I thought. Still, it’s a great episode. Thanks for sticking with me through my crazy ideas.

To finish up the year, we decided to film an episode in front of the tree at Rockefeller Center. Too bad it turns out you’re not really allowed to do that…whoops. Watch till the end and see what happened. 😉