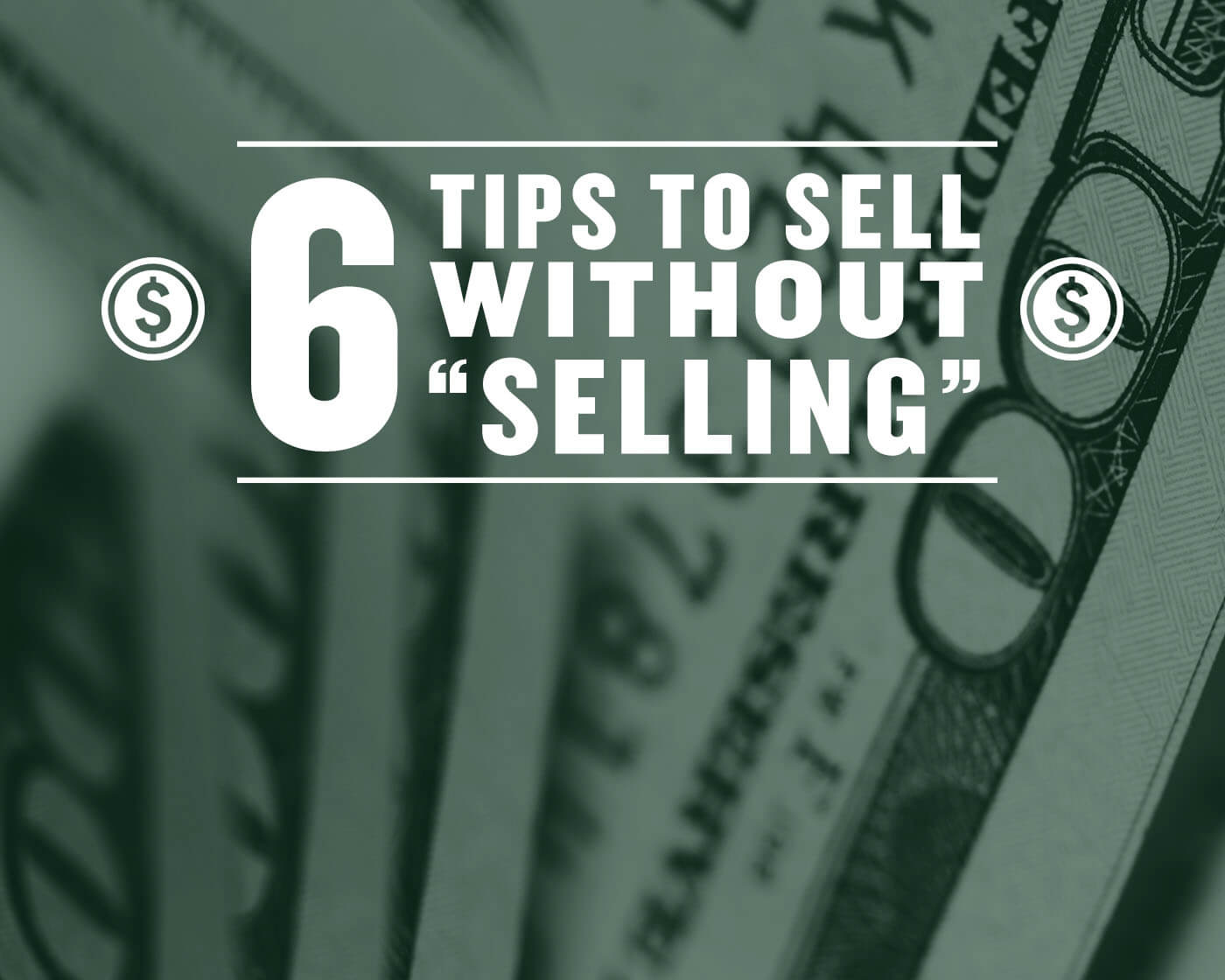 Sales has changed dramatically over the past half decade – now, the best sales tips are more about branding and less about “converting.”

Here are the best strategies for salespeople and entrepreneurs to close more deals in 2019.

1. Focus on branding over sales

If you have a personal brand and you’re focusing on selling courses and books, you’re limiting the upside of your speaking career.

This is something most people don’t realize.

The reason I’m one of the highest paid speakers is because my audience is so “bought into” me. I don’t sell you $1000 courses or seminars. That’s why so many people are willing to come to Vayner4Ds or pay for a conference ticket to hear me speak.

The best advice I can give anyone aspiring to build a well-known personal brand is to hold off on monetizing their audience for as long as possible. The longer you go without monetizing, the more economics you’ll build on the back end.

The reason why 15-year-olds love brands like Tommy Hilfiger or Fila today is because they built on brand. Not because they had a sales funnel. It’s the same reason why Spiderman, Aquaman, and Wonder Woman do so well at the Box Office.

The only caveat here is that you need enough sales to not go out of business. But build as much brand as you can.

2. Lose your ego around your craft

Scaling a business to the next level takes two very important traits:

The reason most people aren’t able to scale well is because they have ego around their craft. They don’t want to hire someone who might do a better job than they do, so they create arbitrary hiring standards in their own heads that no one can live up to. That way, they scratch their own egos at the expense of their business.

The second big thing is patience.

When I walk into a sales pitch, I’m incredibly optimistic that the person on the other end is going to say “yes.” I’m completely convinced that they’re going to spend a ton of money with me.

And if that person tells me “no”, I’m not deflated. I stay just as optimistic that the next prospect will buy.

“Patience” is also about not buying fancy things too early. Most people are in such a rush to prove to their friends and family that they “made it” by buying a flashy car, and it creates a vulnerability for long term success.

My biggest business failures have occurred when I chose to buy fancy things over investing in  smart business decisions.

The real reason I passed on Uber was because I bought an apartment. If I had just stayed in the apartment I was in for one more year, I would’ve invested in Uber. And I would have an extra $400 million today.

Scaling is predicated on your humility, patience, and how “fancy” you want to live.

3. Go “all in” on LinkedIn as a B2B marketing strategy

Whether it’s through the written word, audio, or video, my biggest advice for you all is to publish an enormous amount of content on LinkedIn every day.

This is especially true if you’re in the B2B space.

The organic reach on LinkedIn is similar to what Facebook’s reach was several years ago. The ads are expensive because there’s a “floor” on pricing, but there’s a massive opportunity with organic content right now on LinkedIn.

Just putting your profile URL in your email signature (if you’re someone who emails a lot) is enough of a “match” to start your LinkedIn content career.

I get some emails and DMs from people who tell me their Facebook advertising strategies aren’t working for them anymore.

Truth is, it’s only because their ad got “saturated.”

They run one ad for a long time, convert customers from it, and after a while, it starts to lose its effect. And on top of that, the feed gets more competitive.

The answer to this is to just make more content. If you make more content contextual to the audience, you can tailor messaging to very specific types of audiences — everything from 42 year African American people to 23 year olds joining the military.

The narrower you go, the higher CPMs you’ll pay. But your advertisement will be more specific and more likely to get your audience to take the action that you want them to take.

5. Spend money on influencers – even if some of them “don’t work”

When you’re running a business, you shouldn’t be sitting around predicting whether an influencer is going to be around in 5 years or not. It doesn’t matter. If they control the attention, you should pay them to promote your products now as part of your influencer marketing strategy.

I don’t overanalyze which influencers I pay. To me, it’s just about whether they’re underpriced or not.

Cast as wide a net as you possibly can. Hire hungry interns to work for free (or low pay) to DM influencers all day and map out which influencers are underpriced and which ones aren’t.

If you think back to high school, there were a lot of kids who were ranked “in the middle” in terms of popularity at the start of freshman year. But by the end of the four years, they rose up to, say, the top 5-10%.

A lot of them weren’t “meant” to be popular on paper, but they figured out the system: If their parents weren’t home a lot or just didn’t care, they had the chance to host parties for the popular kids. And the fact that they were the “host” dramatically elevated their brand.

If you’re the “host” of events or dinners where your target customers are attending, your elevate your brand in their eyes and give yourself a much better chance of closing the sale.

If you’re in B2B, you can host a niche podcast and email people that you normally would pitch. But instead of sending them a sales email, send them an email inviting them to be on your show. A lot of upper-level executives have tremendous insight and knowledge on their industry, but don’t have the name recognition — so they’re not frequently asked to be on podcasts.

And once you build that relationship, you’ll be stunned how much easier it gets to get their business.

Watch the full video here: 6 Tips on How to Sell Without “Selling”