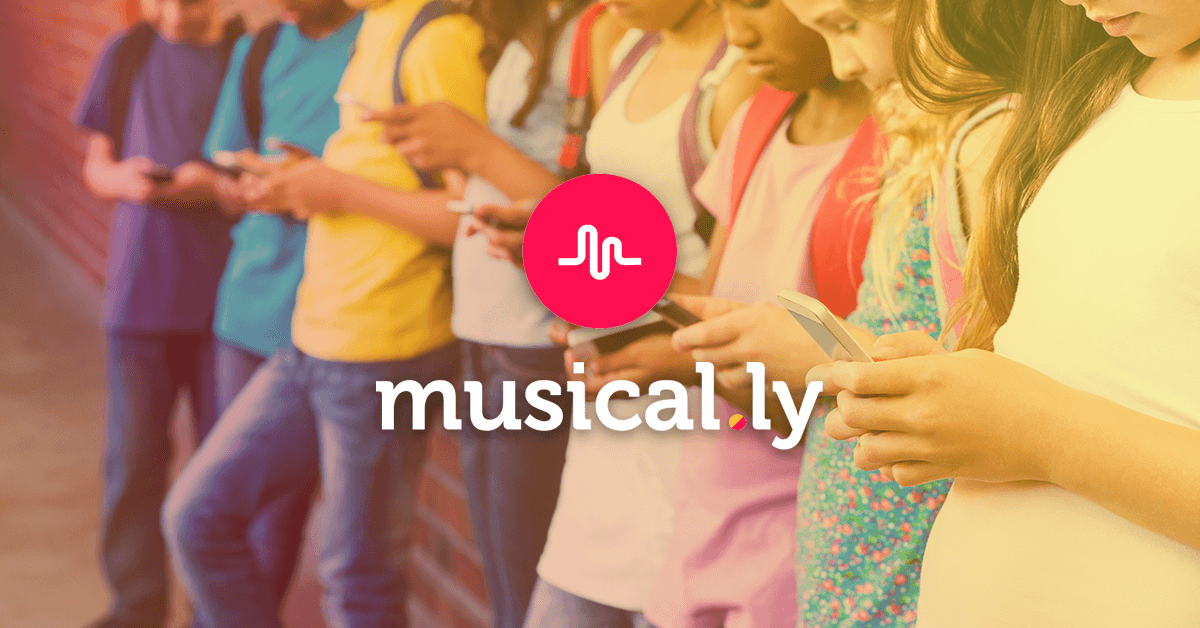 Why Millions of Tweens Are Using Musical.ly… And Why It Matters

I’ve been talking about the musical.ly app for quite some time now and how I have been watching its progression. If you don’t know, musical.ly allows you to make short 15-second videos of yourself lip-syncing to popular music and audio bites. Think about it as a mashup of Vine, Snapchat, and DubSmash. 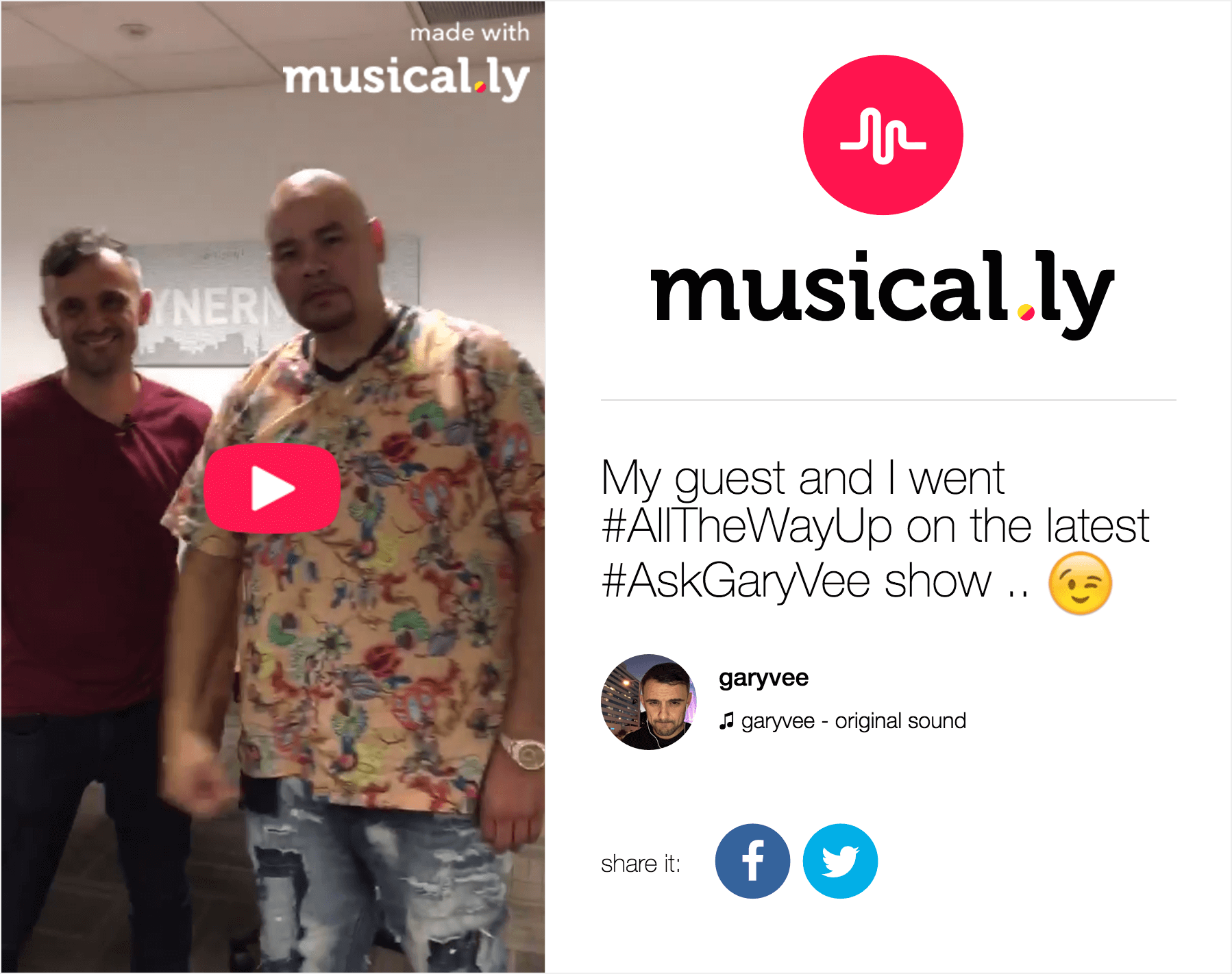 Check out this one I made with a guest on my shooooow.

If you are following what is happening with 7 to 16 year olds in America, this app has been steadily growing in popularity and it is not showing signs of slowing down. I believe it’s the only platform that has the potential to become the “next Snapchat”—a platform with incredible influence and the ability to keep relevant. I’m not saying that it will be the “next Snapchat,” I’m just that musical.ly may have similar staying power. It’s still extremely early.

If you take a look at the top app lists on the App Store or the Google Play store, there are a lot of apps out there and it’s very hard to cut through all the noise. Musical.ly has already achieved this feat by accomplishing two things: (1) winning the 13-18 year-old demo and (2) building a utility app that capitalizes on the desire to be creators.

Musical.ly is the first real social network that has reached an audience as young as first-graders. As cell phone, tablets, and other devices are being owned and used at younger and younger ages, reaching this demographic is going to become increasingly influential. Technology is beginning to skew younger and apps that can successfully capture this demo’s attention are going to pop.

Musical.ly’s success with younger audiences reminds me of Facebook and Snapchat. Facebook first started as a college-only platform and later gained popularity in other age groups. Recently, Snapchat has done something similar by starting with a younger demographic and then aging up.

Snapchat captured the tween and teenage audience because it understood two factors that are very important when it comes to teens: (1) it’s not cool to hang out at the same place as your mom and (2) you want to lock your room. Like Facebook, Snapchat’s app and strategies have started to smartly skew older and become more appealing to a much larger demo. I think musical.ly will do the same.

Think about when Facebook turned into “your mom’s” app. In some ways, musical.ly is making Snapchat “someone’s older brother’s app” and owning an even younger gateway.

2. Musical.ly is being used as a tool

I also attribute musical.ly’s success to being a utility app. Its situation is similar to how Instagram started as a tool before building itself up as a social platform.

Instagram’s value and strength was that it made everyone better photographers. It gave users the ability to take decent photographs with their mobile device, edit it, and share it with their friends. This brought in a strong user base and only then did it start becoming social. Instagram built something that was already useful, and then flipped it to create a social network underneath.

If you can understand this, you can see the potential for musical.ly. It is allowing a younger generation to generate content in ways that they would not be able to produce as easily on their own. It is democratizing content creation for young people by giving them the resources (i.e., filters, control over video speed, access to professional audio) to make fun and entertaining content. I may not be the best lip-syncer, but even I can create something fun to post on the platform. 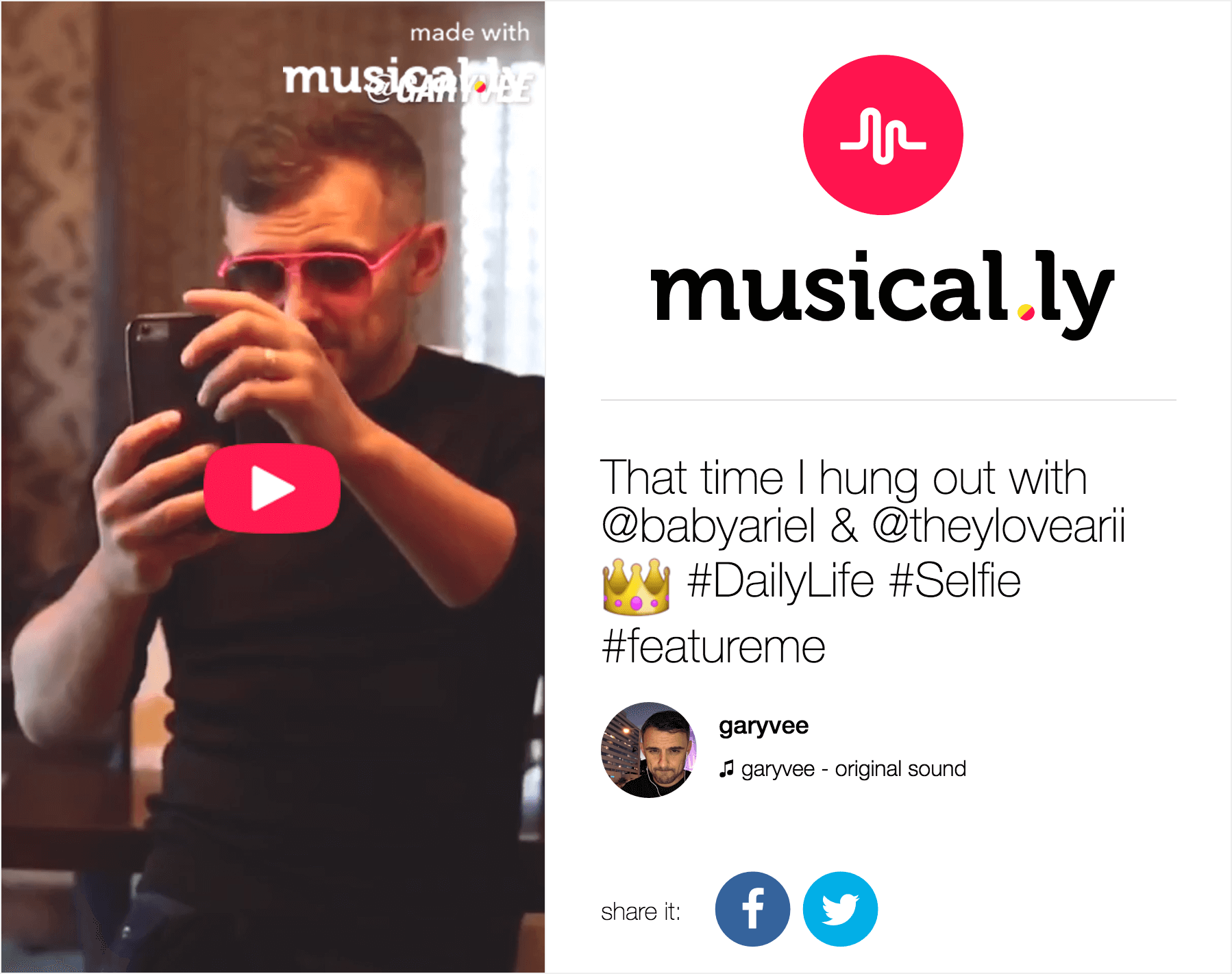 Even I can make something funny on musical.ly.

I’ve seen musical.ly’s influence firsthand and I encourage you not to dismiss it as just a fad. Musical.ly has grown to more than 90 million users globally, up from 10 million last year. If you want to reach teenagers (and even younger demos) in America, there is no better way than using the platforms they use. Be a practitioner, learn the app, and understand its potential. Musical.ly has a ton of attention right now and if it can hold on and aged up, there is a real chance for them to stick around like Snapchat and Facebook.