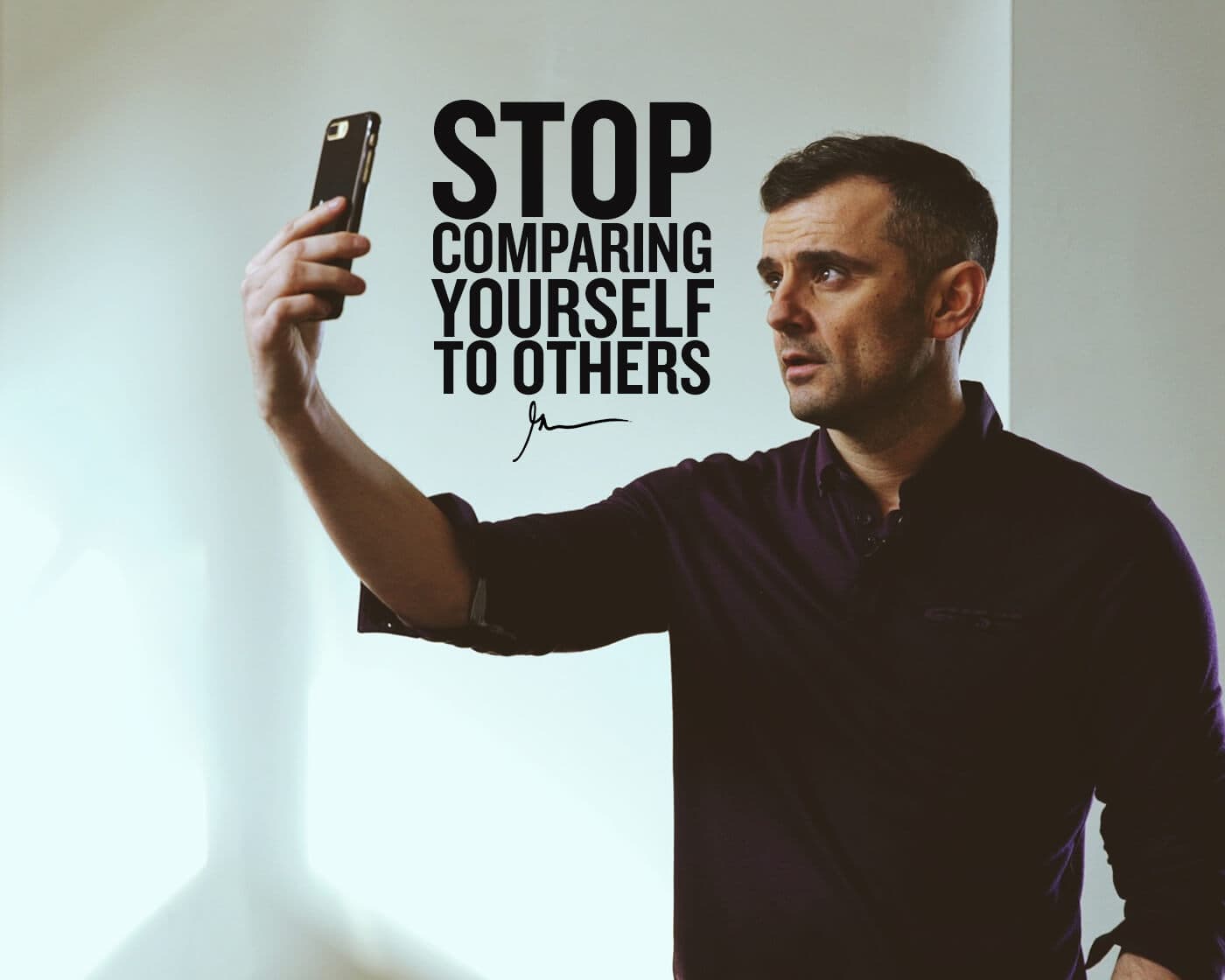 Newsflash! Someone’s Instagram feed is not their reality. It’s the perfect, PR’d version of their “best self” and doesn’t map to the actual truth of what’s going on … It’s almost always not the full story and you have to stop comparing yourself to what you see on the gram. Too many of you have your self-esteem and self-worth tied up in your social media status. Blue check marks, followers, likes, comments and engagement mean nothing if you’re miserable. Having “CEO” in your bio doesn’t mean you’re an entrepreneur.

Too many of you are ”faking the funk” and it’s going to end badly. You’re caught up in a narrative that doesn’t map to your reality and you are going to lose. As my own audience shifts younger, I feel a real responsibility to change the conversation. Too many of you are afraid of posting your real, raw, authentic truths and I promise you it’s a mistake. Instead of crafting your narrative around some delusional fantasy, try documenting what’s actually on your mind. Show people the struggle, the work ethic, the long hours, the time off, your thoughts, your victories and your mistakes as you go through the process of “getting yours.” In short, show the world what’s real. It’s okay to have ambition and want to be great but fronting to appease your girlfriend, boyfriend, boss or best friend is only holding you back.

. Stop overthinking what you put out on social media, no one wants your PR story or your over produced life, just spit your truths! – Try something right now, post on Instagram either a picture of what you’re looking at and where your mindset is right now, or make a 1 Min video camera to face and tell your community your feelings! – #garyvee #action #gotForIt

I promise you, if there’s one thing I know for sure it’s that speaking your truth is the only way to win, let alone feel comfortable with yourself and what you put online. If I could just get one person to understand that, this rant will be worth it. The reason I’ve built an audience, and the reason I’ve stayed relevant through my content and brand is because people can see through the bullshit. After 10 years of consistent output, I’ve built a level of trust with my community around my pillars of gratitude, kindness, hustle, and results.  Whether you think I’m a snake oil salesman or one of the better entrepreneurs of this generation, you can’t deny the fact that I’ve put in the reps. I’ve documented the journey and shown you my reality. It’s why I do what I do.

The reason I push so hard on this is because I think it’s an enormous unlock for every 15-45 year old struggling with the anxieties and stress of social media. So many of you are playing to a fake narrative instead of putting in the actual work that’s needed to pull it off. You’re wishing instead of executing. Then what happens is you begin lying to yourself, and you know it, which then changes your behavior in the way you interact with others.

. Before you can be “real” and “authentic “ with your audience and your content and your posts, you’ve got to figure out how to be real with yourself. – Remember, we all suck at stuff – Remember, everyone else is dealing with issues and problems too – Remember, faking it, till you make it, is harder in a Transparent world and was always taken out of context. – Remember if you don’t like yourself, you have no shot being liked. – Remember, not everyone needs to be a entrepreneur. – #selfawareness is the fucking game

And listen, cars and watches and clothing, are fine if you truly value that, but what’s even better is the feeling of happiness and security and self-awareness of knowing you’re speaking your truth.

When you compare yourself to others, you forget your own POV. When thinking about what to put on social, don’t beat yourself up and don’t hold yourself accountable to bullshit fantasies.

You’re not Kylie Jenner, or Jake Paul, or Ninja on Twitch… You’re YOU. You might admire them and think to emulate them, and one day build the following to be like them, but right now you’re not there, and the only way you’re ever gonna “get there” is by speaking your truth.

When you’re you’re just starting out, the only thing you can do is put in work and enjoy that. Enjoy eating shit, and dirt, and bleeding, and the grind, and don’t give a fuck about what anybody else thinks, why you haven’t done it, and why you are doing what you do. Post, learn, work and don’t think you’re a life coach just because you’re 22 and you have an Instagram account.

The reason I’m trippling down is because  95% of you reading this are playing the same game. I promise you, slow and steady wins the race. You’re only competing with yourself.

Stop trying to play by others opinions … it's killing you … how can I help you besides motivating the debate through my words and videos? Please understand how important this photo is … pass it on!

Nobody else defines you but you. Not me, not everybody watching, not your mom, not the Kardashians.

Let go of the insecurity, stop judging yourself for what you create, and find the aircover to do you.