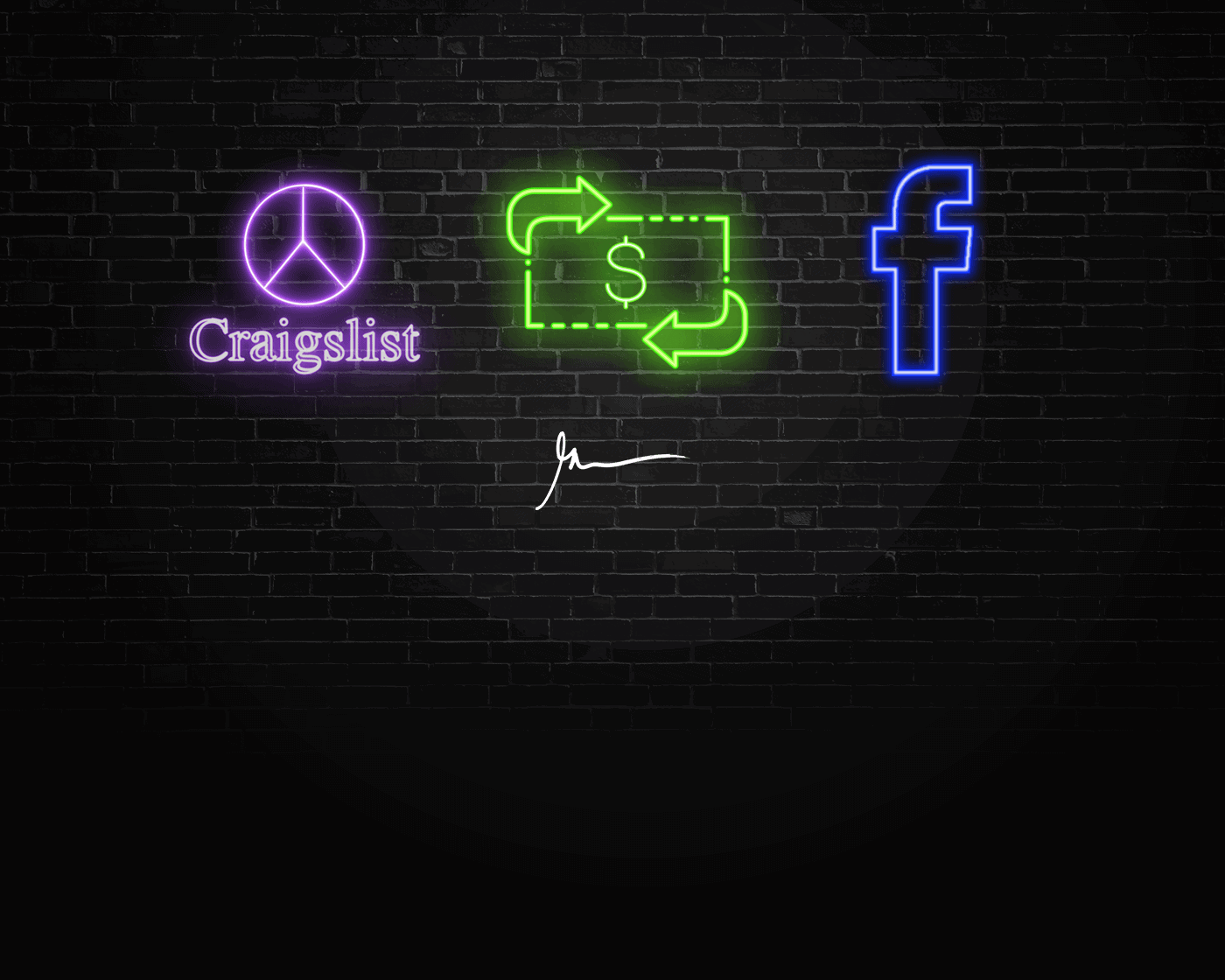 The Ultimate Flip: How to Find Free Stuff to Sell on Facebook Marketplace, Craigslist, and eBay

Learning how to make money online can be tricky, which is why I wanted to put out an article that can be a resource for anyone and everyone looking to make a few hundred extra bucks on the weekend. As opposed to teaching you how to turn $100 into $1,000 or even $10 into $1,000, I’m going to teach you how to turn $0 into $1,000.

For what feels like the last 30 years, hundreds of people have told me that they can’t pursue their new business idea, their personal brand, or even flip stuff online, because they have “no money to get started.”

@garyvee I wanna start a clothing company, I got many super dope design for youth but I have no money to start it up.

@garyvee i have a business plan but no money. i am working to save up money, but i need a lot. any tips? Id give details but character limit

The worst part is, despite hating excuses with all my heart, I’ve always had to pander to that response because of the lack of a straightforward workaround. However, that is no longer the case. For the first time in my career, I’ve eliminated the excuse of having no money. It’s called the Craigslist “free” section.

3. The “free” section is where people list stuff that they want to get rid of; anything from an old couch or desk to an extra TV or set of dishes. Find someone with something that they don’t want and that you think you could sell.

4. Drive to the spot where they want you to pick it up (or take the bus if you don’t have a car).

9. When someone buys it, give it to them.

Start making money on the weekends:

Look, I’m already anticipating someone to come in and say “well, it’s going to take you 40 minutes to go pick it up, 40 minutes to get back home, and then 7 minutes to list it on Facebook Marketplace,” but here’s the thing, what are you doing with your time anyways? You’re watching the fucking Spurs game. So, sure, it may take you 87 minutes to make that extra $20, but trust me, that’s a whole lot better than doing whatever it is that you’re doing otherwise.

Sorority estate sale on a Sunday yielded some amazing finds! $120 in cash from all of my flips and I’m up to $250 from today’s items. Almost $1,000 overall. I run a business at 80+ hours/week and still find this time @garyvee we should put out a free slide share on flips pic.twitter.com/TjbUM8Ny2V

I seriously cannot get this opportunity out of my head because of how ridiculous it is. Using the arbitrage of the internet, by picking up stuff for free and then listing it on Facebook Marketplace, I really think that you can make an extra $300 a week. If you’re taking you 6:00PM to 9:00PM on Monday and Tuesday to go pick stuff up, then listing it online throughout the week, and having people come to your house on Saturday to buy whatever you have listed, it honestly could end up being more than $300 a week.

And if you really are doing something else that’s bringing you more happiness, that’s amazing! I’m not trying to get everyone in the world to go and flip stuff at garage sales – only those who complain about not having more cash, or those who are stuck in a job they hate because they need the income.

Because ultimately… if you’re not happy… what’s your time really worth? To me, it makes perfect sense to set aside a few hours every evening or every weekend to flip stuff if you’re not pumped with what you’re doing and you’re looking to do something else.

If you know about sports, there’s another opportunity that’s hot right now (2019) that’s super exciting: Sports cards are exploding in culture and value.

Most of the cards from the 80s / 90s won’t be worth much (because of overproduction), but if you’re good at buying and selling current cards in certain categories, you could do really well.

No joke for sure! This is straight up side money that took me about 4-5 hours of total work to make and with hardly any effort pic.twitter.com/C6KyF0c1fA

@garyvee ain’t no joke, my eBay game is on fire pic.twitter.com/lmzC2eXxAK

Real cashollla 💰💰💰being made on the Bay!! Thank you G!!💜🙏🏼 pic.twitter.com/LRxrHmZppD

Yep! V, got me on the flip wagon and it’s only been a week with little effort! 🙏🏽 pic.twitter.com/NHR6qHhLjX

If you’ve made it this far in the article and still need some guidance, give me your next 4 minutes and 23 seconds and watch this video 👇