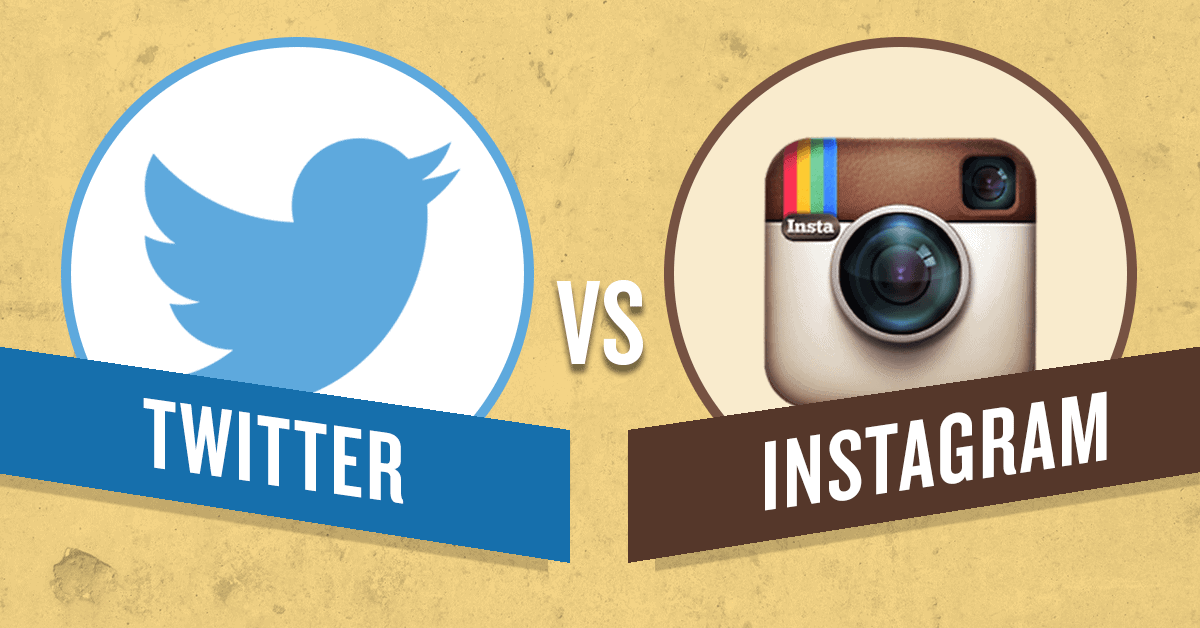 A couple months ago, there was a lot of chatter about Instagram reaching 300 million monthly active users. Mostly, media focused on the comparison Instagram vs Twitter and the fact that Instagram’s user base now surpasses Twitter’s. It was a huge deal for Instagram, which has seen an enormous amount of growth in a short amount of time. Suddenly it was like Twitter and Instagram were in some kind of weird social media strength battle. But when we talk about monthly users as the quantifying aspect of any social media platform, we miss out on discussing points that end up meaning a whole lot more in the long run to the brands and users on the platforms.

So let’s put monthly active users on Instagram aside for a moment and talk about these Twitter and Instagram for what they really are: tremendously different.

Twitter is the cocktail party of the internet; when stuff is happening the world, Twitter is where you go. When there is an unfortunate world crisis and breaking news, we don’t run to Instagram for the pictures, we run to Twitter for the breaking tweets and live news updates.

But Twitter has a problem, it’s extremely noisy. I talked about it in London just the other day. If Twitter doesn’t fix their noise problem, they won’t survive.

Six years ago, I could send a tweet and get more engagement on it than I do now. I had less followers, but my audience was paying closer attention. It was more serious. Now the amount of information and users on Twitter has gotten so intense that it’s hard to have that same engagement on any of my tweets. It’s hard to get anyone’s attention on Twitter.

On the flip side of Instagram vs Twitter, there is no social network in the world right now that has more of the user’s attention that Instagram. When you’re spending time on Instagram, you’re not paying attention to anything else. 100% engaged and looking at your Instagram screen, each photo of users you follow on Instagram passes one by one. IG is all about that attention. It knows how to keep it. That’s where it is really winning. It’s so different than the firehose of Twitter, people are really consuming content on Instagram, and not merely leaving it open in the background of their phone, checking in maybe now and then.

So, from a purely attention based analysis, Instagram is clearly going in the right direction. And attention is what you want when you’re selling a product or your brand, right? Besides sales, you need that attention to win in business. With so many different social network and platforms available to users, it can be difficult to grab that attention and hold it. But Instagram is on to something big compared to Twitter. Twitter vs Instagram is about attention my friends, they both have it, but it different contexts.

It’s clear Twitter has a problem and is slipping. It has become a massive firehose. They need to figure out how to curate the feed, like Facebook has evolved to do with their NewsFeed algorithm, or risk losing that attention completely.