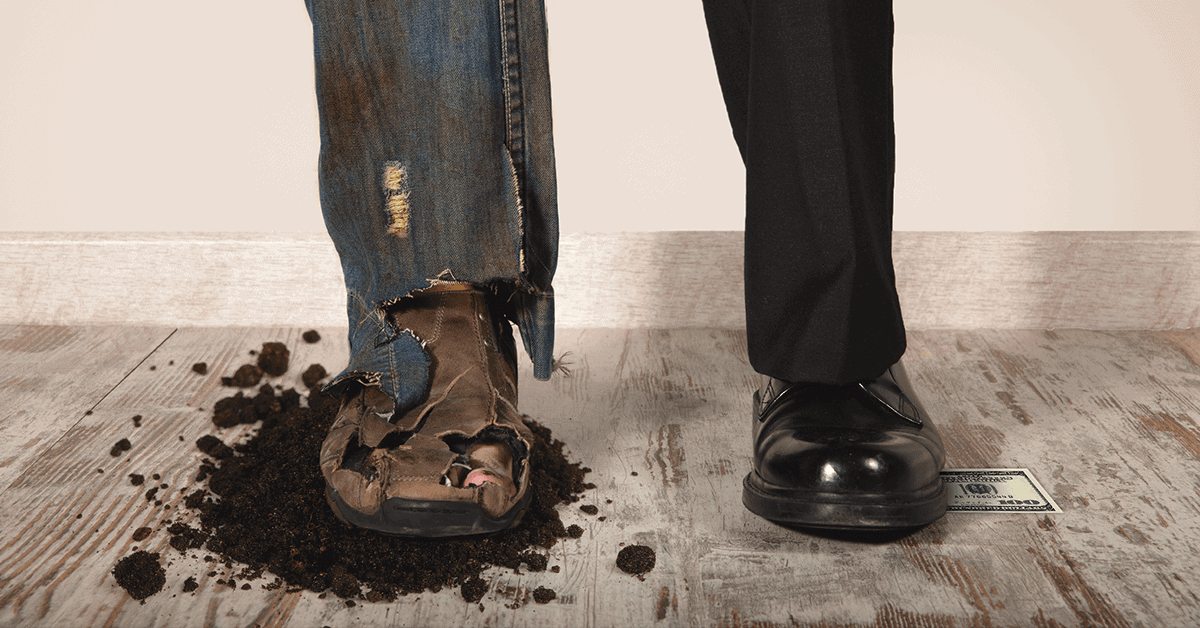 Why Playing in the Dirt Matters in Building Your Business Empire

Most people suck at marketing. Why? Because they’re too focused on the big picture and their end game (what I call the “clouds”). And I get it—the dream is what drives you. It’s fun to be romantic about the clouds. The clouds are something I massively believe in. I love to think about the day I’ll own the New York Jets. But, the problem arises when marketers forget about the other half of the equation: the dirt—the skills, the talent, and the grind that gets you there.

You see this all the time with marketers who want to sell using the tactics that have traditionally worked for them. They get too lazy and complacent and don’t take the time to learn how a new app works or where the market is going. They think that just because they have honed their craft once, they’re entitled to their clouds.

What people don’t understand is that the dirt is important because, unless you actually have the skills, neither your reputation nor what you did the day before is going to keep a business successful. You’re only as good as your last at bat. Your success is going to be predicated on the dirt, which comes from two things: (1) the work ethic to get your hands dirty and (2) the experience you get from doing it.

Here’s the thing: if you’re not constantly working on your craft—if you get too romantic about doing things how they’ve “always been done”—you’re going to lose. You need to be a practitioner.

Your success is going to be predicated on the dirt.

Think about what happened when Snapchat came out in 2011. Most marketers and business professionals were either afraid of it or saw zero potential for it to be a marketing platform. Why? Because so many headlines read about how it was the “sexting app” and how “disappearing photos” couldn’t be used to market anything. How would a video that’s only visible once for 10 second compare to anything on television or an ad in a magazine? (If you’ve read my thoughts on Snapchat, you know the answer.)

It amazes me how television commercials act the same way (shows up and then disappears), yet marketers would rather pay millions in television ad spend over Snapchat videos. They were so digitally entrenched and hung up on “everything lasting forever” that they forgot how branding works. They took the time to read the headlines, but didn’t put in the time to use the app and understand the new platform themselves.

So if you want to learn how to use Snapchat, or any skill for that matter, it’s going to take anywhere from 5 minutes to 5 years to actually get it. Most marketers aren’t even applying one minute of dedicated practitionership.

It blows my mind how many of you think you can become successful without being a practitioner. I wouldn’t have the audacity to think I could walk into an unfamiliar industry and immediately be successful. Fashion, selling cars, whatever it may be, I’d probably suck at it at the start. But, over a five-year period, I know I could be successful because I put in the five years to really learn it by doing it. You can’t be successful by just saying it—you have to have the talent to learn and also be willing to put in the work.

Personally, I love working in the dirt. I believe I love dirt more than most people. (I was even in Dirt! The Movie.) I love working on my craft because you can’t cheat the work ethic required and there’s no substitution for it.

Practitionership and taking the time to hone your craft is why I respect comedians who go to small venues even during their prime. Take Seinfeld or Chris Rock, for example. Even after all their success, they continue to test out material in small clubs in middle America. No glory, just craft. That’s real dirt—never getting too fancy to forget what got you there in the first place.

The dirt is never getting too fancy to forget what got you there in the first place.

The bottom line is that if you want to be a better marketer, you need to put in the work or you’re going to get left in the dust by those who do. It means putting in the effort to really learn and understand the up-and-coming “fads” and trends. It means downloading whatever new app is exploding the market and taking the time to really understand it. Sometimes, it even means dedicating a few years to learn a new skill. You become successful by being willing to put in the work and then actually executing on it. By living in the dirt, you can get to the clouds.

If you want to hear more about the dirt, check out Episode 033 of #DailyVee below.