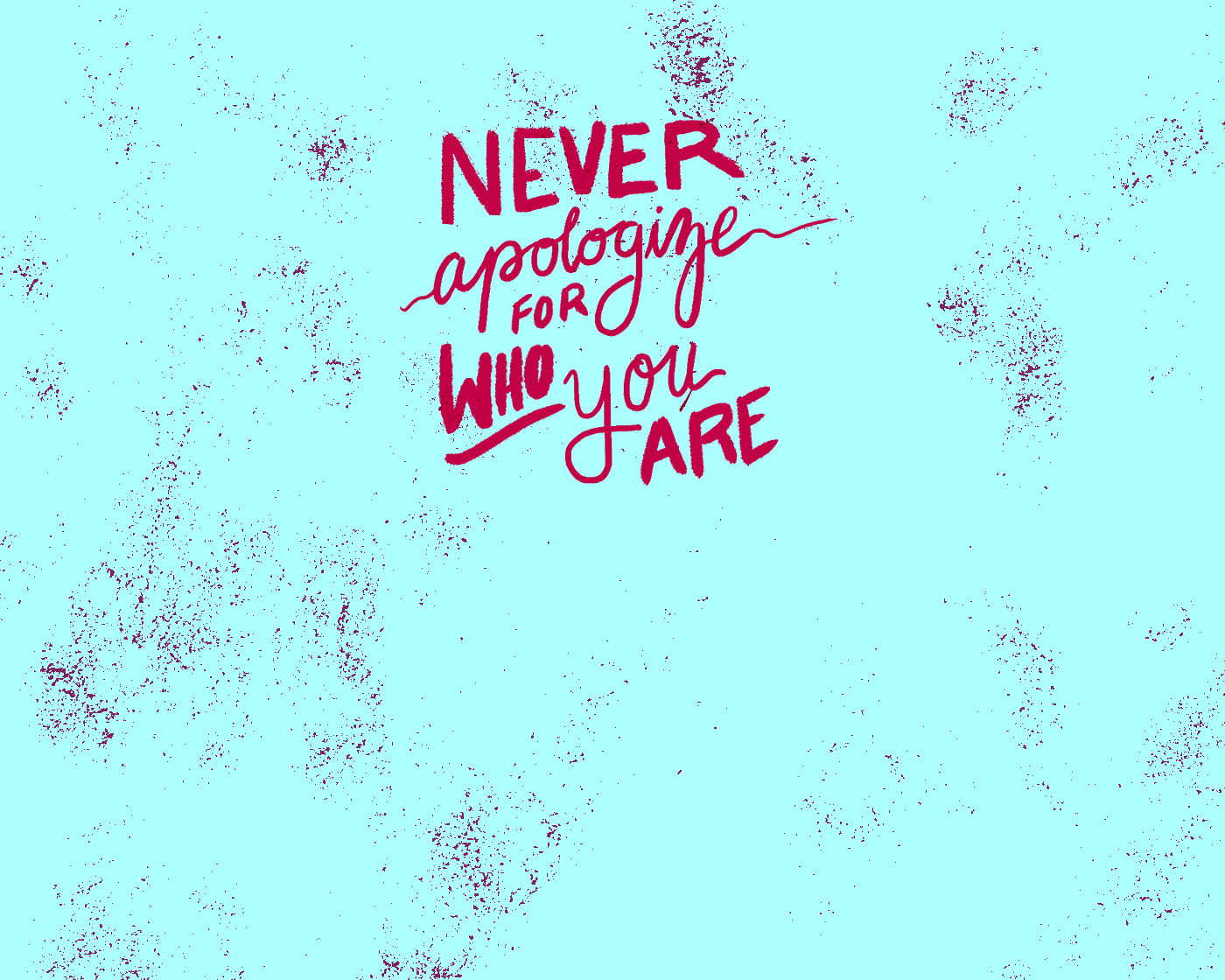 Never Apologize For Who You Are

And it comes down to one of the most important concepts that I can express.

You have to know your truth.

The reason why so many people fail, is because they are worried about what other people think of them. They are so caught up in what their mom, or their neighbor or their classmate have to say that they can never actually live their own life. They have no confidence in themselves to succeed.

And if I were really to break it down, and get to the core of what I think is wrong, I would go beyond the idea of confidence to begin talking about options and respect.

To me, I am just baffled by how many individuals are able to place others on such an enormous pedestal without having respect for themselves as well.

I don’t think it’s about ego or anything else, it’s just that it speaks to a much deeper thing, which is, what are you not doing to make yourself feel good about yourself?

Whose opinion are you taking into consideration, whether that’s your employer, or the school system or the government or whatever is considered popular by culture at the time that is controlling how you feel?

It’s the single greatest mistake that will keep you from finding happiness and confidence in who you are.

And it’s not that their opinions don’t matter. You have to have an equal amount of respect for yourself as for others. It’s a democratic society and everyone gets a vote. So beyond the thought leaders, and politicians and school systems you have to have respect for yourself. You need to put yourself on your own pedestal and then start weighing the opinions of others proportionately to how you actually feel about yourself.

So beyond confidence, it’s also recognizing that nobody’s perfect.

I have empathy for them and respect their pov and I have my own knowledge of who I am and what I am https://t.co/AZROX83GfJ

I think we live in this hyper glorified age where on Instagram and social media everyone wants to project their best light. It’s the reason I document and don’t create. Every piece of content I put out is 100% real. But we’re also living in an era where there is this massive underlying perception of self-doubt.

Because you see all these people sharing their success and not their downside or their weaknesses. Everyone has strengths and everyone has flaws. You need to have confidence in yourself and never apologize for who you are.

And that comes with one major caveat, which is you can’t set out to actively undermine or degrade someone else. There’s a very fine balance between confidence and delusion and you can’t be championing your wrongdoings especially if you are hurting other people.

If you’re apologizing for who you are, maybe it’s because you realize you’re doing certain things that aren’t good, and maybe you should change that.

If you’re a bad and selfish person, maybe you should go seek some advice or help from professionals to solve that, instead of just beating yourself up and feeling horrible and terrible and down, which then manifests itself into you beating other people up.

The reason why most people are mean is because deep down, they are probably not happy with themselves…

I’ve never met a mean, or tough to deal with person, that isn’t more upset about themselves than they are about the other people. I think the truth always plays out.

And the secondary piece that I want discuss about options.

You always have a choice.

To me, you can either work with Vaynermedia, or you can work with somebody else, but not some imaginary thing you came up with.

We’re going to do social and mobile and voice and IOT. We’re not apologizing for who we are. We try not to run banner ads or do traditional print if we don’t have to.

We’re not apologizing about our identity. We’re making a bet and hoping we’re right.

There is always a choice and you have to stay true to your convictions. Don’t waiver for someone else and be confident in yourself. The market is the market and you are going to be right or wrong.

Only time will tell.