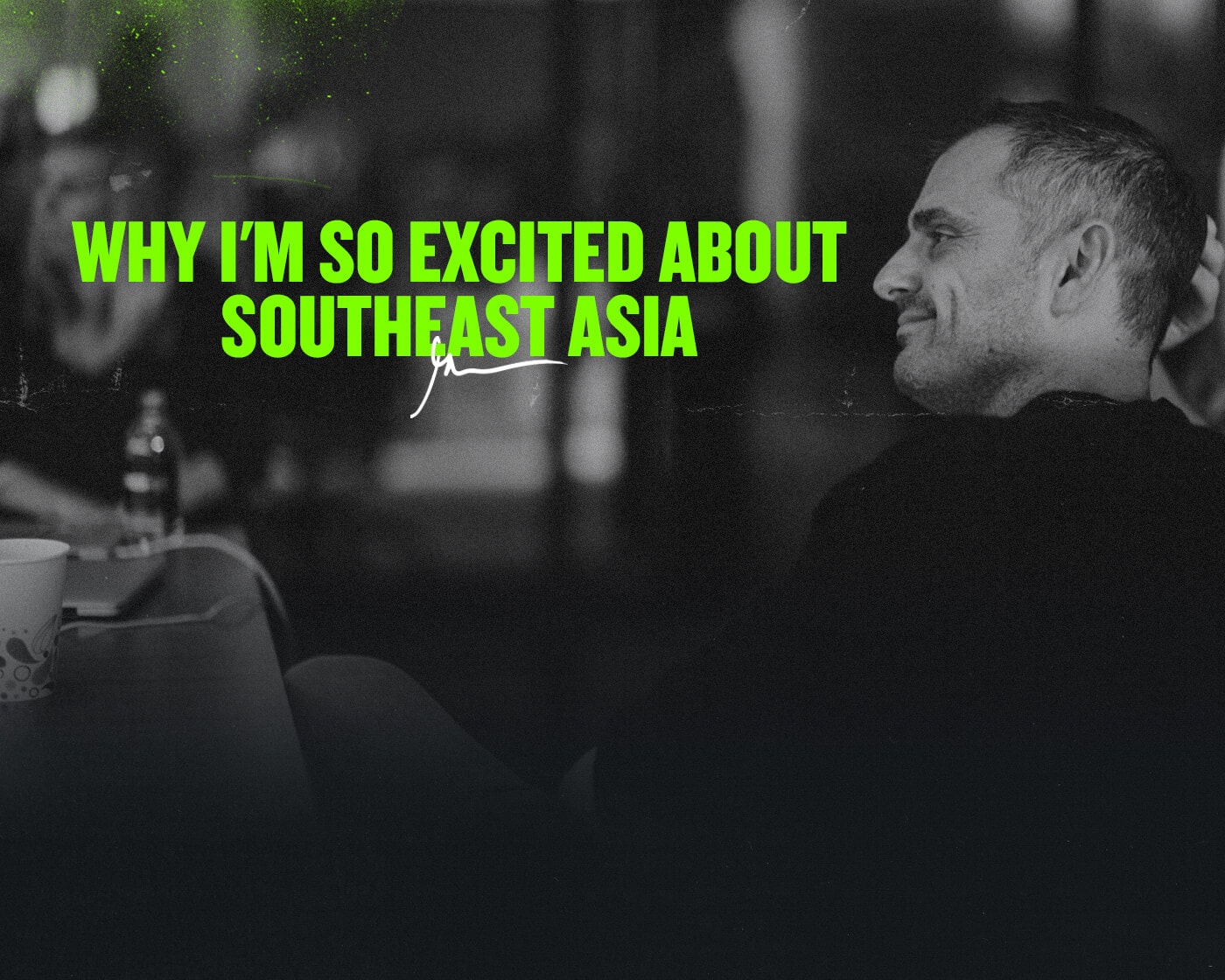 Why I’m So Excited About Entrepreneurship in Southeast Asia

I traveled over to Singapore in the first part of 2019 for the opening of VaynerMedia’s Southeast Asia office.

It’s very obvious to me that Southeast Asia is a region that can’t be ignored – there’s a lot that excited me about the region and I can’t wait to go deeper over the next several years!

They pull from both American and Chinese influence

US entrepreneurship is seen as the “North Star” for most of the world.

When you think of the best companies in the world, most would point to companies like Google, Apple, Facebook, or Amazon. In other words, they’re all US-based companies, for the most part. The branding of Silicon Valley has played into that too in a big way – there are different versions of it all around the world but Silicon Valley in California is seen as the main place for startups and entrepreneurship.

But one of the regions where I see that’s less true is Southeast Asia because they pull from heavy Chinese influence. Many Chinese companies are active in the region which exposes them to the style of Chinese business and a different set of values.

In terms of values, culture, and business practices, they can extract the best out of both worlds because they’re exposed to both.

The state of entrepreneurship is always in constant evolution.

For example… entrepreneurship in Europe as a whole is very different today than it was 40-50 years ago.

Entrepreneurship in America is in a very interesting place right now because it’s become “cool” – people are putting it on a pedestal and we’re seeing people starting companies who are only doing it to appease the opinions of others.

On top of that, we’re seeing a lot of people who would’ve normally become executives or employees 5-10 years ago get into entrepreneurship today.

Don’t get me wrong – this is incredible and I’m so happy that entrepreneurship has become more mainstream – it’s just that too many build their self-esteem around the fact that they’re going to build billion dollar companies, and when they fall, they fall hard.

In Asia, I feel more of a “rawness” and less of a political correctness when it comes to entrepreneurship. We’re also seeing a lot of kids diving into entrepreneurship and breaking away from what their parents want them to do which creates a certain dynamic.

There’s so much ambition and opportunity in the region and it’s exciting to me.

It feels exciting to me 🙂