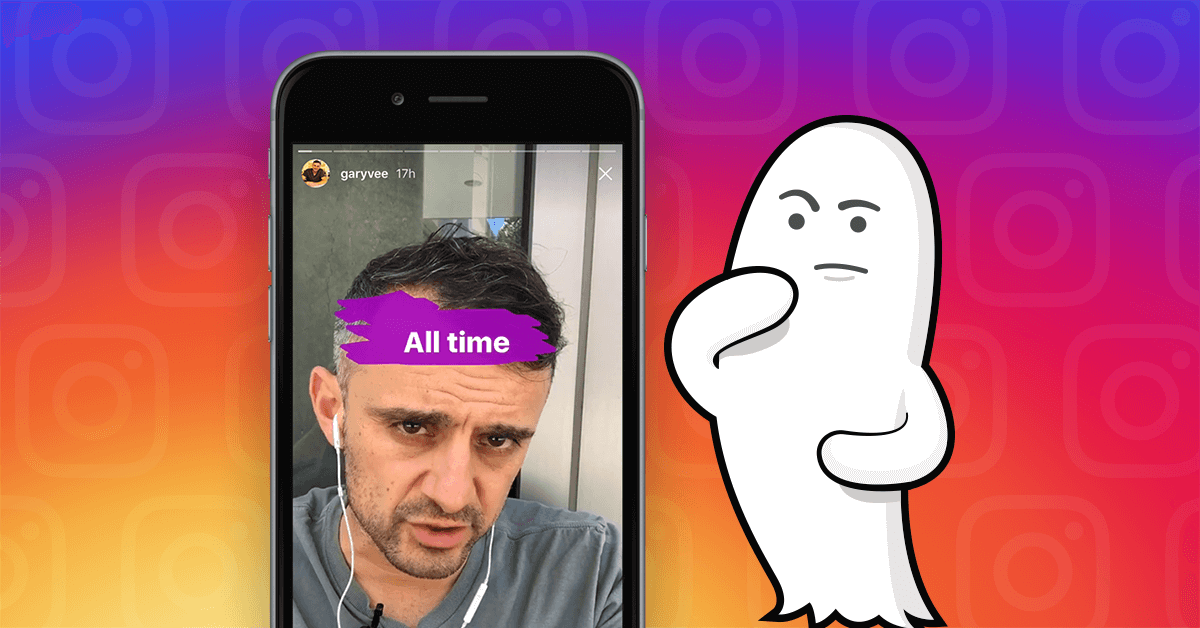 Yesterday, Instagram, the Facebook-owned photo sharing app, released it’s latest platform update: Instagram Stories. It’s a new feature that allows you to share photos and videos with your followers in a manner that is incredibly similar to Snapchat. Like Snapchat, this content will disappear after 24 hours. While Snapchat offers customization tools like geofilters, stickers, and lenses, Instagram Stories is starting off simple by letting users add text, emojis, and drawings to their content.

As always, my thoughts are the same when any major platform makes changes, updates, or releases a new feature. It’s a wait and see, right? But this time, I can tell you now that this one is going to be a big deal.

I’ve already added content to my Instagram Story, and I can tell you that I’m already impressed with what the platform has done. I’m curious to watch people interact with this update and see what happens. It’s still early, but this addition is unexpected and exciting.

Here are my thoughts:

Anybody who thinks Instagram is going to kill Snapchat is completely out of their mind.

As with every major platform update, there is always doomsday talk about a feature “killing a platform” whether it’s their own or a competitor. The situation is comparable to when Instagram started doing short-form videos and how it took appeal from Vine—the first big player in short video content. While initially we’ll probably see some big behavioral shifts between Snapchat and Instagram users, Instagram won’t kill Snapchat because Snapchat acts like a media company—it has scale.

Plenty of users will remain on Snapchat simply because they want to maintain their audience, they have a preference for Snapchat’s UX (user experience), or they’re spiteful about Instagram Stories being a “copycat.” Snapchat has built a huge following and, while Instagram will probably take a bite out of it, Snapchat will still hold its own.

What Snapchat taught us is that there’s a place for “not-so-serious” content. I’ve always said that Instagram is a “museum”—a place for curated content that is meticulously created. For example, I’ve seen teenagers post pictures on Instagram and take them down if they don’t get enough engagement in the first several minutes.

Snapchat, however, acts like a conversation that is more fun and casual. Snapchat helped establish a new behavior that will allow Instagram influencers, content producers, media companies, and businesses to produce a lot more content without high barriers to entry. Instead of making each piece of content “perfect,” Instagram’s Stories update further lowers the bar for content creation.

Are you on IG Stories yet? … -@garyvee

As Andy K. on my team pointed out, Instagram and Snapchat went in reverse of each other. What he means is that Instagram started as a photo editing app where your followers could find your best photos. Snapchat, on the other hand, was unedited, raw, and “live.” Now, they’re moving in opposite directions with Snapchat adding their new Memories feature and Instagram adding 24-hour stories.

This is a big indicator of my belief: All platforms start off with a niche—some specialized feature. Then, they gain critical mass and becomes full CMSs (content management systems) that provide users with every option to create content. In fact, it’s one of the reasons why I’m so surprised Snapchat hasn’t allowed live-streaming video yet. (For any major social platform not to have live video capabilities is stunning and borderline silly.) I believe that eventually, snackable content, evergreen content, and live content will be the cost of entry for any major social network.