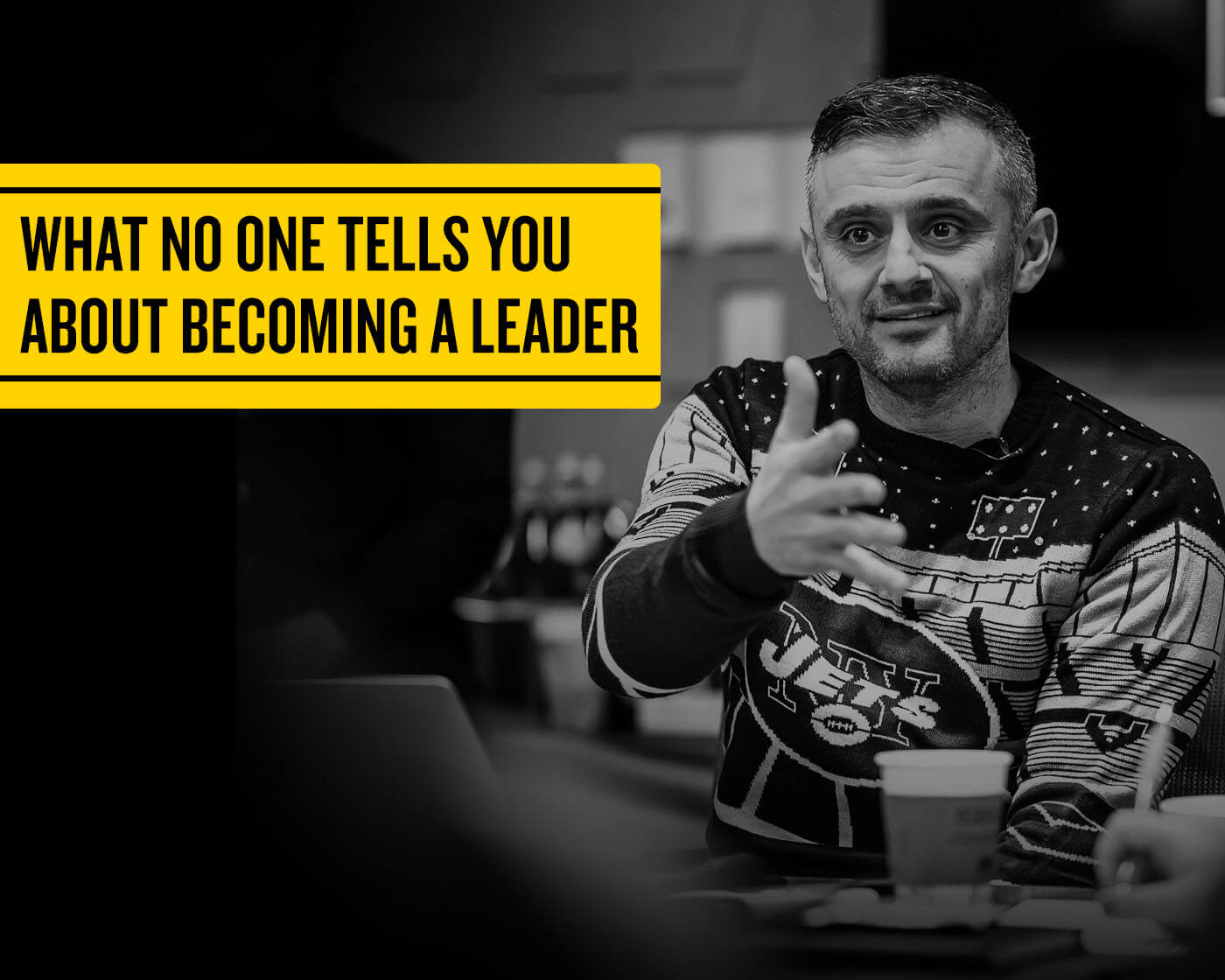 Many first time managers face significant challenges as they go from a place as someone who “executes” to someone who’s responsible for a team.

Here are some tips to remember if you’re transitioning to a management role for the first time:

This one is hard for a lot of leaders to understand.

Most new managers think that becoming a manager is the “graduation.” Truth is, it’s the reverse.

Leaders work for their employees.

That means you have to understand what your employees want at a deep level. You have to be constantly adapting to their needs and what they want from the organization.

There are a million different variables, and it’s on you as a leader to adjust to reality as it changes.

When you go from being someone who “executes” to someone who’s managing a team, you go from trading on IQ to trading on EQ. You go from doing the actual work to listening to employees, catering to what they want, taking blame, and being the bigger person.

The best managers are actually the best mentors.

2. Lead with empathy and kindness

Empathy and kindness are two massively underrated qualities when it comes to leading a team. They’re not qualities that most people would think makes a good leader, but I believe in them so much.

I genuinely believe that the best leadership qualities are maternal, not paternal. It’s a lot more appropriate and helpful to have a caring, empathetic, understanding personality when you’re a leader than something stern, paternal, or aggressive.

A lot of people overlook the idea that showing emotion is important.

Even if you already think of yourself as an empathetic or kind person, becoming a manager will change how you practically apply that empathy.

A lot of this just comes down to self-esteem. If you’re not secure in yourself, you’re not going to feel as comfortable being kind, positive, and empathetic to other people. It won’t come as natural to build someone up (instead of tear them down). It’s why so many leaders lead with aggressive, mean personalities. Many of them are just insecure on the inside and they project that insecurity on their understudies.

At VaynerMedia, you can’t lead with ego. We suffocate that out. People who lead with negativity and ego get fired really quickly.

3. To Build Culture, Focus on Firing

When I hire, I do look for certain qualities.

For example… emotional intelligence matters above everything else. Then, I care about the actual tangible skills candidates have.

It’s not even close. If someone’s a jerk, I won’t hire them – even if their numbers are phenomenal. It’s similar to sports — a team that sticks together will end up beating a team of superstars that were put together for one season (over the long term).

Another big piece of advice I give is hiring people that complement your strengths. If you’re a visionary type of person, hire someone who is obsessed with excel and freaks out if you’re a minute late. Hire someone who loves details.

A lot of leaders get “caught” because they hire friends that are similar to them, but aren’t what they actually need.

But ultimately, to maintain great culture within your team, you have to do one thing:

In the early days of VaynerMedia I would hire people real easily — but I would fire quickly if and when I realized they weren’t a good fit on my team. It didn’t matter to me how great they were on paper or how talented they were — if they didn’t play well with the other people on the team, they were out.

If you don’t cut that “cancer” out quickly, your team will crumble long term.

4. Being nice is ROI positive

Truth is, you could have the greatest HR tools and software of all time to “monitor” how your employees are doing – but if you don’t actually care about your people at a deep level, you will lose. None of those tools are going to do anything.

As a leader, it’s my job to give my employees 51% of the value in the relationship.

If you’re using negativity as a way to extract value from employees or people on your team, they’ll build resentment towards you and it’ll kill your culture long term.

I want to create a conversation around the practicality of positivity, kindness, and empathy within my organization. I’m not just saying it to be ideological — instilling those characteristics and traits as part of your culture has significant long term impact for your business. At VaynerMedia, Claude Silver, our “Chief Heart Officer”, is number two in the org chart at our company.

As a leader, I’m very “yes” minded. I say “yes” to virtually everything.

I say “yes” to everything because I look at business as a net-net game.

Let’s say I say “yes” to 12 things, and 7 succeed. On one side, I won 7 times. On the other side, I have to deal with failures — including trying to make up for them because I may have let people down directly or indirectly through those losses.

Even if it breaks down into those two categories, I will still take the 7 wins that resulted from saying “yes” to everything rather than just trying to do 2 or 3 with the goal of “getting them right.”

I give trust a lot easier than most CEOs would.

And for me, I’d rather do that sooner than later.

Too many managers put restrictions around their employees, and then lift those restrictions as employees prove themselves. I’d rather give my employees unlimited trust in the beginning, and then slowly take that trust away if and when they do something to lose it. That’s what helps me move fast.

Giving trust also minimizes the risk of micromanagement. When people who are amazing at execution move into a management role, they tend to still be in that “execution” mindset which leads them to be stuck doing other people’s work instead of focusing on managing the team.

But the problem is, most managers are either 1) afraid of short term losses that come with giving trust, or 2) they’re afraid of potentially allowing their understudies to be better than them.

The way I deal with them is strong communication.

When you have the luxury of being the “judge and the jury” as a manager, the pressure and the onus is on you. If there are employees at VaynerMedia that are highly talented but underperforming, it’s my fault for not creating the infrastructure for them to shine.

Maybe their bosses aren’t “clicking” with them and that’s making them feel demotivated. Maybe they’re just in the wrong department. Maybe we haven’t asked the right questions when it comes to the interests they have.

If you have an employee that’s talented but underperforming, sit down with them in a meeting and ask them:

“Hey Rick, I noticed you have talent oozing out of your eyes but you’re not delivering on the hustle – and that’s an important variable here. What am I doing wrong? What’s the company doing wrong? How can we help you succeed?”

Unfortunately, most managers have conversations that go like “Rick, you’re being lazy. Step it up.”

When you’re a leader, you have to put the onus on you. You’re the one creating the rules of the game.

If you don’t like how it’s played, change the rules.

If you got value from this article, it would mean a lot to me if you could share it on Twitter 🙂