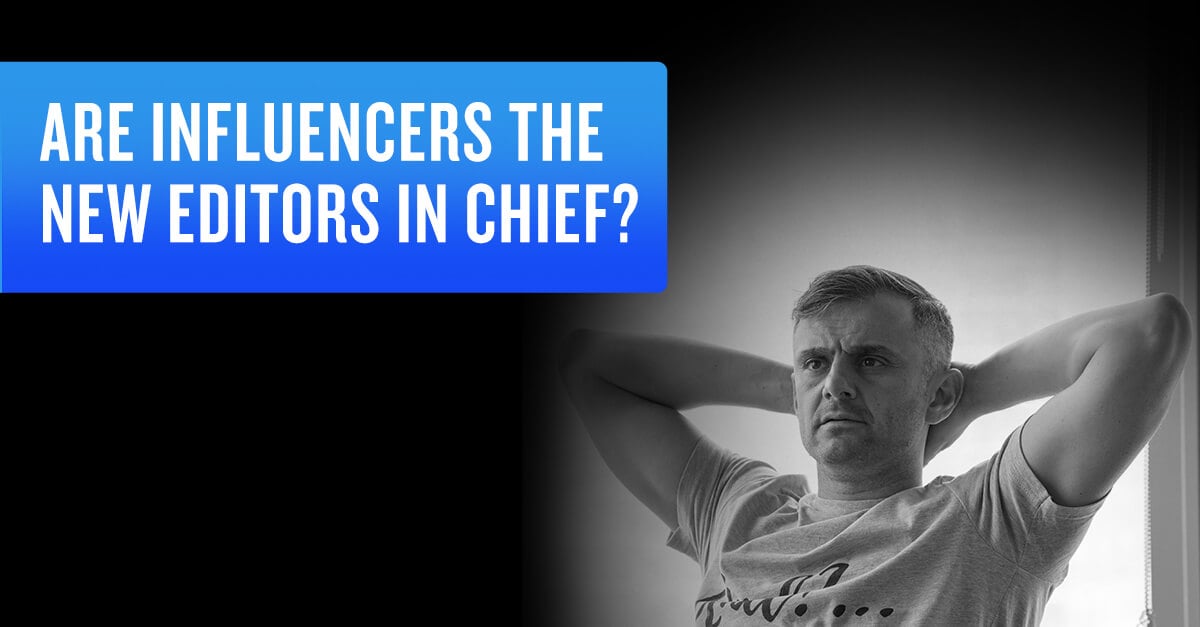 Are Influencers The New Editors In Chief?

Influencer marketing is one of the most misunderstood concepts in business.

There is no doubt in my mind that influencers are the next editors-in-chief. Which is to say, if an editor-in-chief dictates what comes out of an outlet that is trusted, say a Washington Post, an ABC Worldwide News, or what was Life Magazine–that’s exactly what’s happening with influencers.

Now, that audience respects that human and that human is endorsing that brand.

Why Influencer Marketing Isn’t “Selling Out”

That brings almost a weird appreciation… like thank you _____ brand. If that brand wasn’t paying this influencer, they’d have to go back to working a regular paying job and their fans really enjoy their comedy, their looks, their information, and/or their content on a daily basis.

How To Work With Influencers

With this in mind, there are a few things to remember when working with influencers. In general, collaboration involves three things. Number one, influencers are underpriced and overpriced so really do your homework on who the influencer is. Do they have a manager that’s asking for a big number or are they just a regular person? Can you compensate them with your product or service for free?  That is always a good trade.

Next, I think the way to work with influencers is to let them have 100% control of the context of the content. I am consistently blown away by the naiveté of brands that try to dictate to influencers how they should make the creative. It always feels awkward, it doesn’t land, and it doesn’t convert–even if the influencer says “Yes.” A lot of influencers have gotten smart enough to say no.

Number three. Volume of an influencer marketing campaign matters. I talk a lot about volume content because I’m blown away by many brands. They do a campaign with six influencers and then decide if that’s good or not. We live in a world where there are tens of millions of micro and macro influencers in play for almost any brand on the earth. So, that’s something. That’s part of the strategy people should think about.

Hey VaynerNation! If you liked that article, it would mean a lot to me if you shared it on Twitter.