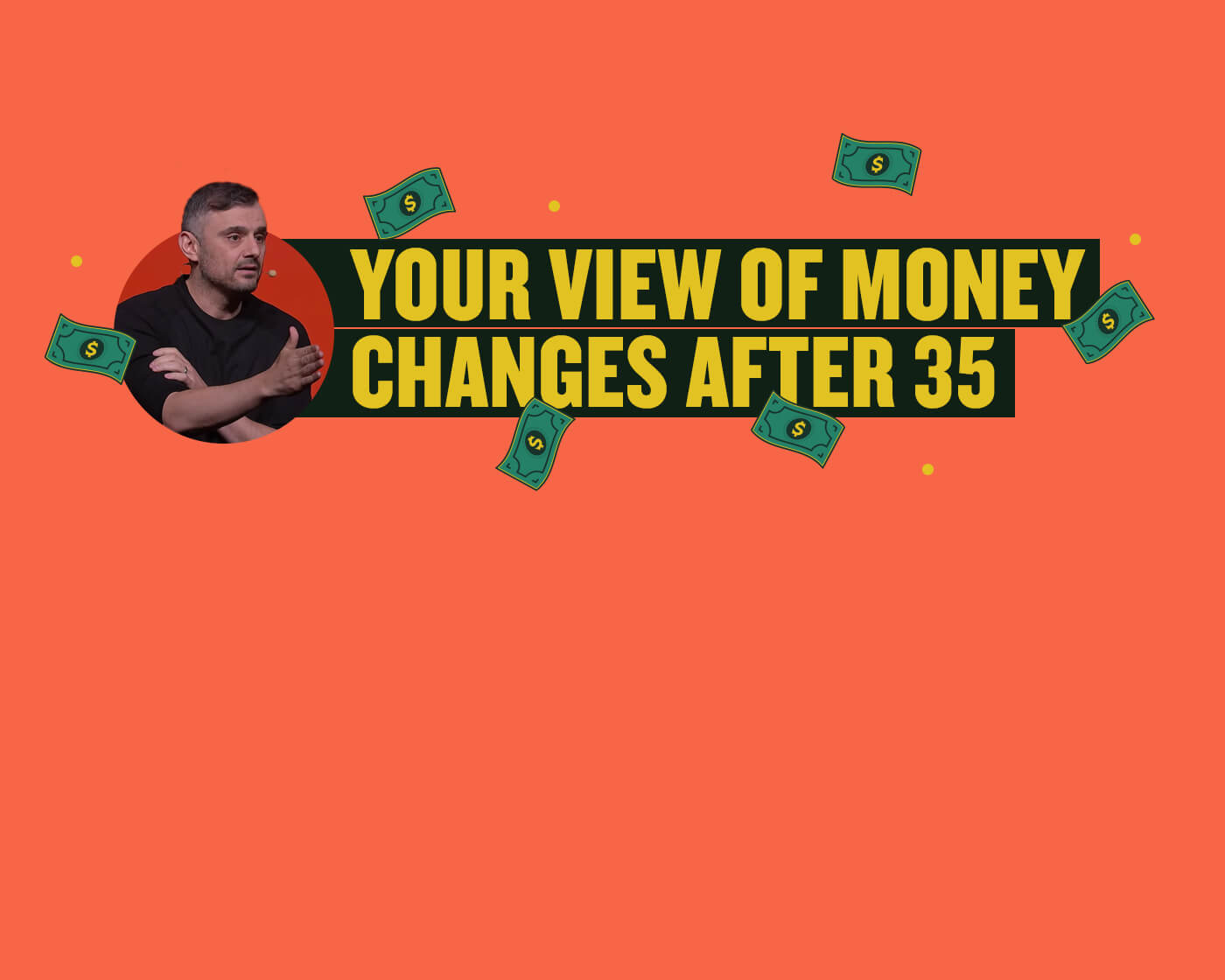 Your View of Money Changes After 35

According to our Gary Vaynerchuk and a new study from CivicScience people’s perspective on money changes as they get older. In fact, those under the age of 35 are twice as likely to believe that money equals happiness.

Likewise, Gary asserts that those under 30 are too often in a rush to chase money for material possessions like BMWs, Rolex watches and vacations they believe will impress other people.

“You will never ever care about money the way you did before,” says Gary. “It won’t happen … You get less fancy with your vision as you get older.”

As people get older past 35, they start caring more about things like health, family, friendships, and their home life. These are the sorts of things that really impact happiness and how people define “success” over the long term.

The watches you buy won’t make you feel as nice in a decade.

Gary believes that happiness is the unlock over money.  “I just want to chase happiness and put health on a crazy pedestal.” As a boy his great grandmother taught him a lesson he never forgot when she said, “if you got health, you’ve got wealth.”

It also explains why, Gary says, some friends are truly happy and not wealthy, while others are worth millions of dollars and are “miserable as fuck.” Too many people focus on the money when it’s about doing what they want to be doing.

“Money can’t be the north star.”