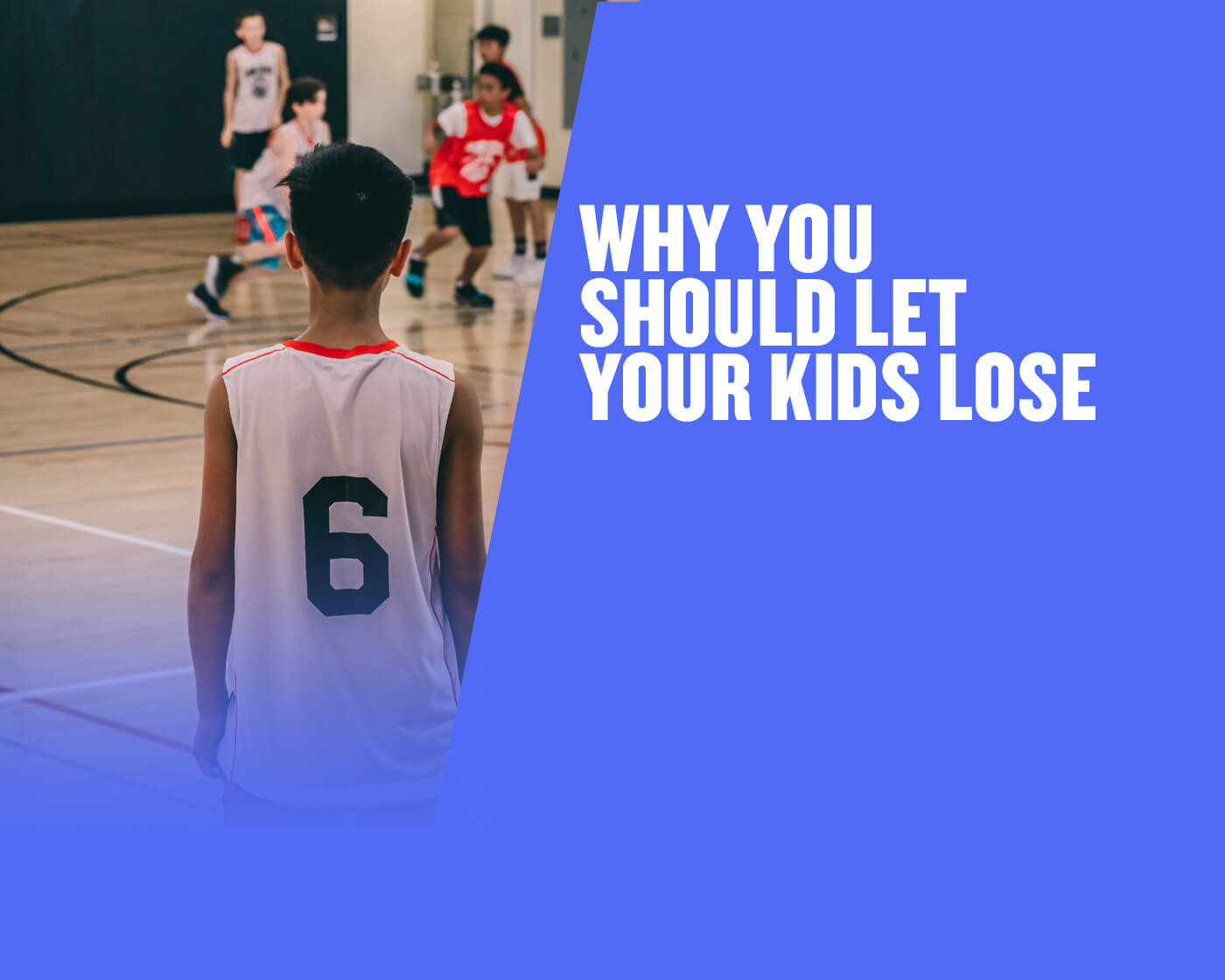 Why You Should Let Your Kids Lose

Many parents are creating “fake environments” and entitlement which make kids fall hard later in life. These are some of my honest POVs and ideas on why it actually be beneficial to let kids lose up front.

1. Adversity can be the ultimate foundation for success

So many parents try to protect their kids from adversity. They try to create safeguards and barriers in every area of life so that kids won’t feel the pain of losing or face the consequences of their decisions.

The truth is, you can decide whether adversity makes or breaks you. It’s in your mindset.

I shared a clip from my meeting with Kickstrodamis in Episode 540 of DailyVee where he talked about how every challenge he faced in life helped him get to where he today.

There are athletes who get injured and then completely give up on trying anything new – and there are others that go through terrible injuries and decide that that’s going to be the platform through which they’ll change the world.

Two people can look at a situation and see something completely different. It comes down to perspective, and it’s a lot smarter to instill that mindset in your kids instead of overprotecting them from any struggle or challenge they’ll face.

2. Kids who get fake accolades will get destroyed in the real world

This also ties in to my concept of “fake environments.”

A “fake environment” is when a person’s living in a manner that’s not predicated on what they’re actually contributing.

In other words… you’ve got so many parents subsidizing a fancy lifestyle for their kids because they love them so much and want to protect them.

Many kids in their early 20s are traveling the world on the back of mommy and daddy’s credit card. Or in an even more subtle way, they have a job and are working but their Uber expenses are going off of their dad’s credit card. Or their mom’s paying for their gym pass.

Listen, I have enormous empathy for those with student loan debt or those who really need the extra support. I get it.

But when you make a kid believe that they are winning in business or in life because they’re living a lifestyle that subsidized by someone else, you’re doing them a massive disservice.

Eighth place trophies create fake environments. When you make kids think that they’re good at basketball or baseball when they’re not, they’re going to fall hard later in life when they realize it’s not true.

There are a lot of “fake environments” today and they don’t just apply to kids. 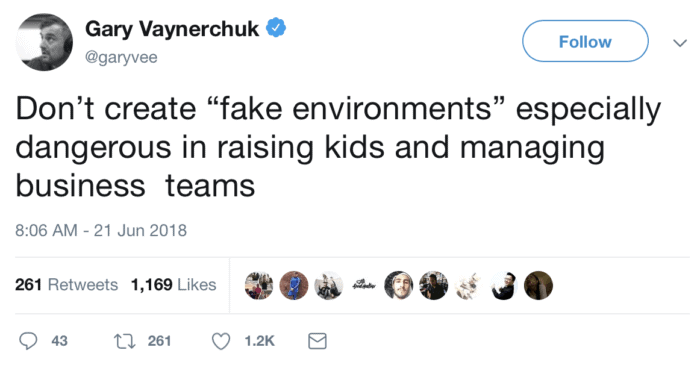 Fake environments give you the illusion that your success is predicated entirely on your merit – when in reality it’s because of something external.

One of the biggest reasons I thank my parents so much is that they never put me in a fake environment.

They punished me when I got bad grades (even when they knew I was good at business). They didn’t pay for any of my expenses after I graduated and went into the real world. They forced me to learn how to “hunt” to get my food instead of just feeding me out of their pocket. 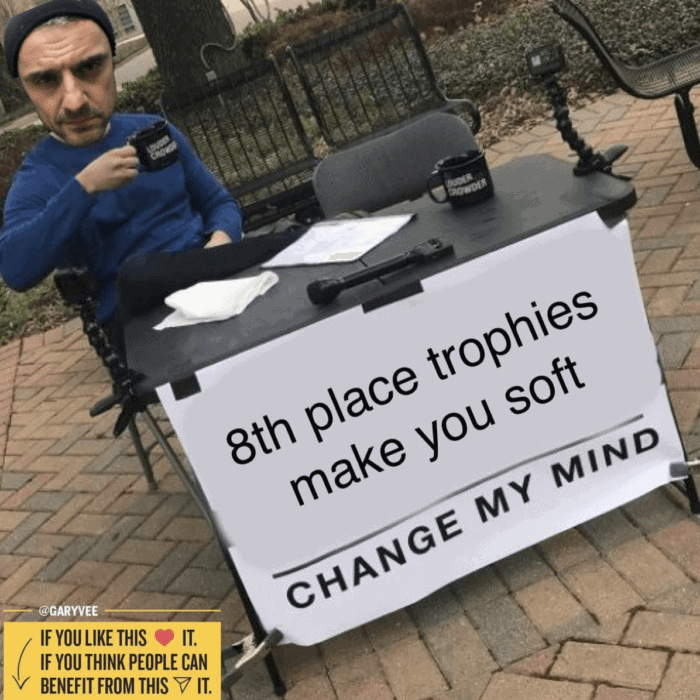 I think merit-based compliments are awesome, and it’s what my mom did for me – she would “exaggerate” my strengths while holding me accountable for my losses.

But when you make kids think that they’re winning when they’re not, that causes problems.

3. Many parents use their kids to fix their own insecurities

It’s time that parents stop parenting kids on their own insecurities and stop worrying about what other parents think.

I see this so much now. Parents are pushing kids to win on their own selfish terms, not on their kids’ terms.

A lot of parents put their kids in “fake environments” because they care about what other parents say about their kids. They don’t want other families to think of them as a “loser” when they talk to them at the country club.

My parents did the opposite. They allowed me to play and win on my own terms.

Even though they made me respect the alternative (i.e. I still had to go to school, and I got punished when I got bad grades), they still supported me when I wanted to go sell baseball cards or lemonade.

It was a mix of freedom and accountability.

4. “Forcing” instead of reacting can lead to bad outcomes

My parents encouraged me to explore that side of myself.

My kids are still young. So right now, all I’m doing is listening. I’m watching. I’m seeing what they’re drawn to, so I can create supportive infrastructure around whatever they’re drawn to later.

I have absolutely no intention of imposing anything on them.

This is an important read for parents – if you got value from this, please share it on Twitter!