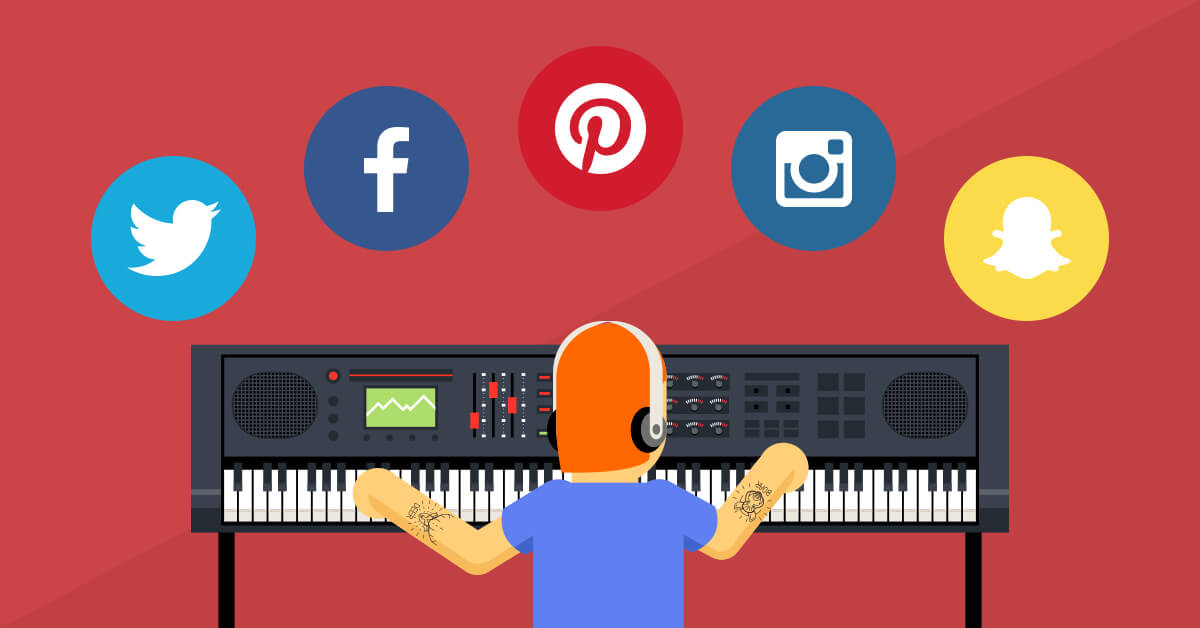 Why Social Media ROI is Like Playing the Piano

The ROI of Social Media

If you’re in the business of social media marketing, I’m willing to bet you get asked about social media ROI about every ten minutes. I know I do. The thing is, figuring out how to calculate ROI is pretty straightforward with all of the metrics and attribution data available (and it’s about to get even better with “holy grail” products like Facebook Atlas), but for some reason, I’m still dealing with skittish CMOs who cling to their multi-million-dollar TV spots because “they just work”.

So here we are in 2015, and the questions about social media ROI are still coming. Clearly, I need to explain it differently. This isn’t so much about how to calculate ROI, but instead, I want to explore the underlying concept of “return on investment” (or return of investment, if you’re weird). Let’s start with a piano:

What’s the ROI of a piano?

For Elton John? About $400 million dollars.

What’s the ROI of a Basketball?

For me: A negative amount equal to the cost for repairing my torn meniscus. I have literally lost money playing basketball.

For Kobe Bryant, on the other hand, the ROI is about $220 Million.

See where I’m going here? I used to bet on games of Madden in college, so maybe I made about $50?

Then there are guys like Lee Jae Dong, a professional gamer from Korea who has made about half a million bones in prize money alone. That doesn’t even count endorsement, or his team salary… Keep in mind that he’s 25.

Ok, I actually did pretty well here since my views can convert to booksales/new clients, but let’s talk about the real winners on YouTube like Jenna Marbles who, with 1.7 billion views, has earned something like $3 million with her channel.

What’s the ROI of playing with Disney Toys?

For me? I dunno, maybe I could eBay them for a few bucks…

But for the person behind the DisneyCollector YouTube Channel, playing with toys has grossed over $5 Million in YouTube ad revenue ALONE. Five million bucks. For reviewing Disney toys.

What’s the ROI of a Camera?

For me? Literally nothing. Like absolutely positively zero dollars.

What’s the ROI of spray paint?

What’s the ROI of cat photos?

For me? Probably some lols in response to my next email.

For Ben Huh, they created a multi-million dollar Cheezburger empire.

Ok so let’s get back to my original point and and talk about social media ROI. Through these examples, I hope you now realize that ROI isn’t about the tool, it’s about investing the time and effort to use it correctly. The “I”, the investment, isn’t monetary, it’s not about throwing money at something. It’s about investing the time, the effort, the blood, sweat, and hustle into becoming the best. It’s about execution. If you want to make money doing something, you need to be really good at that something in order to see the returns you’re looking for.

So when it comes to social, you need to learn the platforms. You need the combination of creative, copy, and strategy. You need to be able to understand the insights, iterate and execute against them. Only when you’ve reached that point, my friends, can we start to have a real conversation about social media ROI.

How to Determine the ROI of Anything from Gary Vaynerchuk