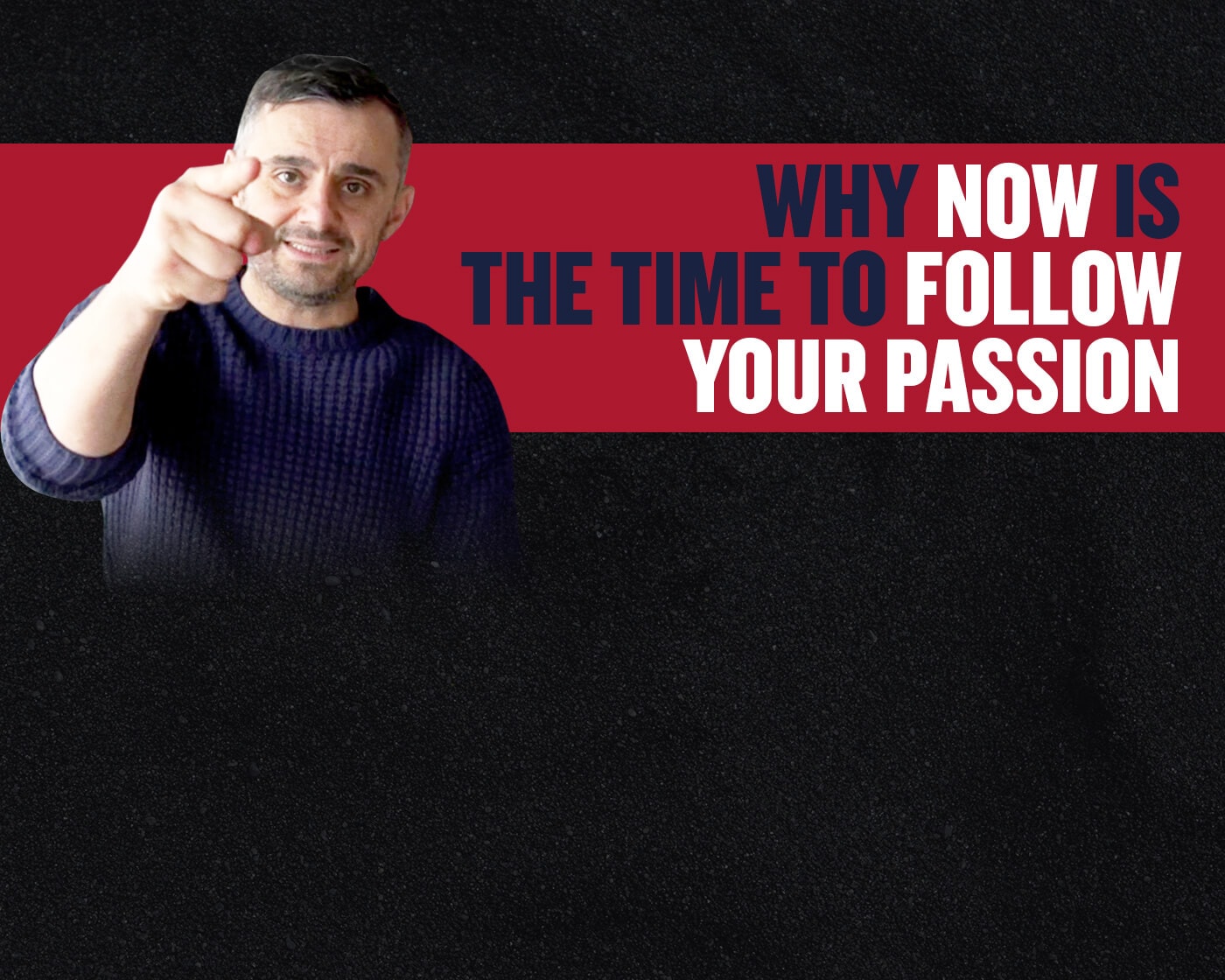 Why Now Is The Time To Follow Your Passion

Following your dreams always seems like a risk. As time grows increasingly uncertain, fulfilling a lifelong passion and pursuing a long held goal may feel frivolous or selfish. However, such ideas aren’t always right.

One of the reasons Marketing For The Now, our bi-monthly, marketing State of the Union, is so impactful is because it shows creativity holds an important place in the professional work environments. We hope the thoughtful conversations Gary has with titans of the marketing world can inspire you and bring value into your life. Following your passion can positively impact your work life, and future mindset.

Tom is a writer and producer for X-Men, Transformers, and Facts2Health

Gary: I know a lot of individuals may be familiar with what you’re involved with but not necessarily familiar with you. What’s your comic book origin story? I know a big percentage of the audience, from age 18 to 81, have aspirations to do similar things you have done.

Tom: In the same way you were a baseball card kid, like my brother Dan, I was a comic book kid. When I was three years old, I threw myself on the ground in an Elizabethtown, New Jersey candy store because my mom wouldn’t buy me a flash comic book. And I couldn’t even read. I think I saw the images of the superheroes and I knew that was my inner spirit animal.

My family never wanted money or anything, but we weren’t wealthy. Comic books allowed me to leave that four room apartment and go to different universes. I could go save the planet, and when you’re a little kid I think one of the things you really want to do is make a difference. But you’re small, you don’t have the strength or the ability, and superheroes give you that aspirational thing. When done right, comic books are modern myths and legends we can use to teach kids about humility, arrogance, and hubris.

I’m living proof that your action figures can become real and paid for many times over. That’s the true success in life.

Don’t chase money. If your only goal is money you’re only going to want more and you’ll never be happy. Don’t chase success, it’s the same thing, you’ll only want more. Do what you love and you will find success and financial freedom in that.

Gary: I agree. When you’re truly successful, it’s because you’re enjoying “it”, not what “it” can bring to you.

Rob Smith on Listening To the Youth

Rob Smith is the founder and CEO of the Phluid Project

Gary: Hi Rob, tell me a little bit about your origin story.

Rob: My origin story is interesting, or at least, I think it is. My very first job was cleaning up after the Rocky Horror Picture Show. You know, talk about glamour (laughs). I grew up in Detroit, Michigan and ended up working for Macy’s for 22 years. After I worked my way up there, I worked for Levi’s, Victoria’s Secret, Nike…then I went to my first Burning Man. I had an incredible experience. There’s a saying, Don’t quit your job after your first burning man. Well, I lasted about two weeks after coming home…then I realized, I had to do something else with my life.

So, I quit my job and backpacked around the world for six months. While on my journey, I came up with the idea for the Phulid Project. It’s my passion; the intersection of fashion apparel and social justice.

Gary: What’s your “hot take” on those issues? If you could create a headline right now, what’s on your mind?

Rob: What’s on my mind is that Gen Z is so inspiring. I built my company on values and on a mission statement that is mine–but it resonates with Gen Z so much. What’s interesting is that I’ve done a lot of pitch decks and I learned a lot of stats. I won’t overwhelm you with them, but you know the Phluid Project at its core,  it’s created for transgender, gender non-conforming young adults, and/ or adults folks who can’t shop anywhere because our entire world is binary. Once you start to understand that every time you go anywhere, whether you go shopping or you go to a restroom,  anywhere it’s divided between men and women. If you’re somewhere in the space in between or if you’re, you know, transitioning, the world isn’t friendly to you.

Over half of Gen Zers, know someone who’s gender non-conforming, who uses pronouns other than he/him and she/her, so this movement is happening. I like to say that Gen Z is not this or that. They’re not these binary boxes.

Impressing them is really hard, so you have to listen.

Gary: I always tread lightly when I talk about things that are actual shows or podcasts because almost all of my opinions of it are formed by hundreds and hundreds of other people’s opinions. Through their commentary, I learn, because I spend almost all my time practicing anthropological social listening. When you listen, and judge the judge, it’s an incredible vibe.

Natalie (Ph.D) is the author of the Creativity Leap, president and brand strategist of Figure 8 Thinking.

Gary: Natalie, thank you for closing us out. Talk to me more about your journey because I think it’s a cool one and it can inspire people. I think Covid is challenging people to think about whether they want to make a change in the journey, and I think your journey is really, really fun to think about.

Natalie: Well thanks for asking; I have an incredibly loopy background, both in anthropology and fashion.  I think my loopy path is because of the grace of advice from my parents. When I was a 19-year-old sophomore in college, I had a “first world problem”. At this point a very expensive education, I had to declare a major and I wanted to make sure I got a good job. I  called home in tears and I was very apologetic about everything that was boring but sounded impressive.

My parents said, “Well, what are you interested in?”

I began to apologetically explain about Anthropology and Africana studies. At the time this was the 80s [before those subjects were popular].

But, they said, “That’s what you should study…if you study what you love you will have to turn down opportunities”.

It was like this load lifted off my shoulders.

Ultimately, following your heart is more efficient. I think, right now, in this time of Covid, it’s an incredibly important opportunity to reorient and reroute. It’s both terrifying and exhilarating. I have a saying, if you’re 50% terrified and 50% exhilarated then leap. The terror is what anchors you and the exhilaration is what keeps you buoyant and optimistic.

Gary: Does that tie into your book in any way?

Natalie: Thank you for asking. I got so tired of hearing people say,  “Oh, I’m not the creative type.” Creativity, to me, is the ability to toggle between wonder and rigor to solve problems. The crossroads of following your heart and doing something practical. That’s why I’m really passionate about leaving people with a playbook, a roadmap for exercising creativity. whether you’re an attorney, environmentalist, a plumber, or  a stay-at-home parent–creativity is essential right now. You just need the humility to be a clumsy student.
Gary: Yes, please. If we could just make humility cool, people would be so much happier and learn so much more.

That’s all for now! If you liked this article, be sure to share on Twitter or your favorite social platform!