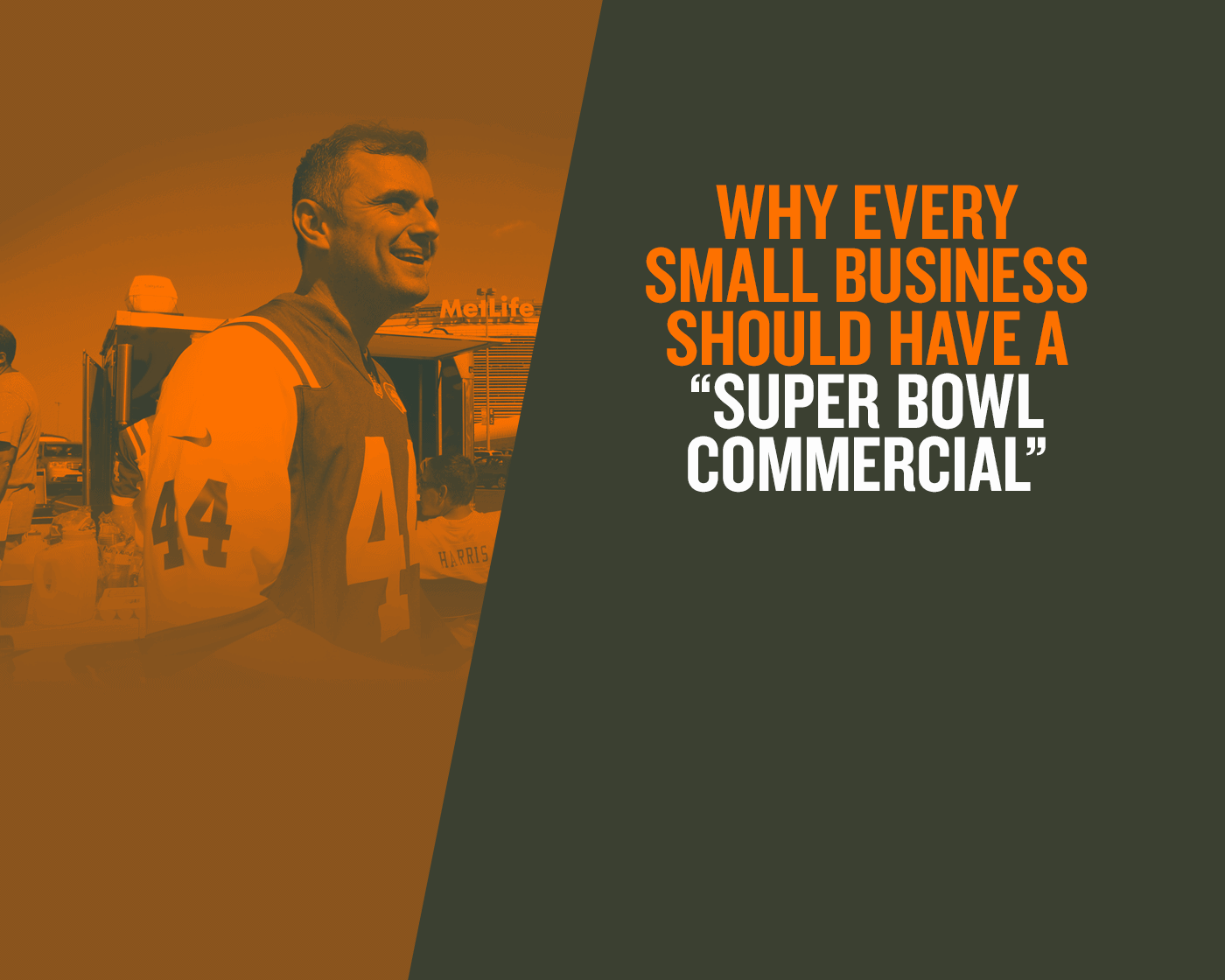 Why Every Small Business Should Have a “Super Bowl Commercial”

Super bowl commercials are the most underpriced ad buy in all of advertising.

Even though it costs over $5 million, everyone’s attention is on it.

Here’s the cost graph for the price of a 30-second Super Bowl spot over the last decade: 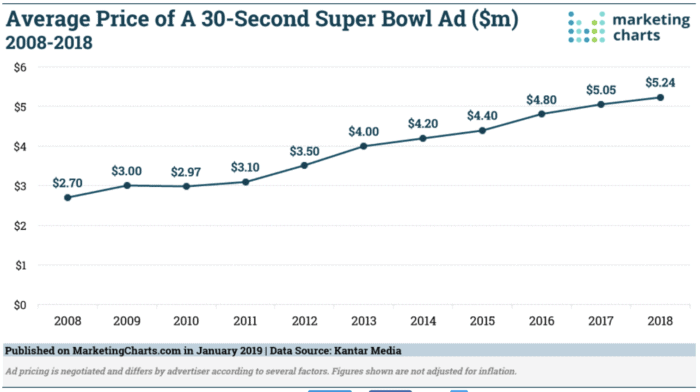 This is why you see so many brands come up with creative, funny, iconic commercials for the Super Bowl — because they know virtually all of America is watching, and that their ad would play a huge role in defining how people view their brand.

But what a lot of people don’t realize is, the same concept applies for small businesses.

Small businesses won’t have budget to run an actual Super Bowl commercial, but they can create an iconic, hero, or “anchor” video around their company, and distribute it across social media for virality.

An “anchor” video is a signature video that’ll play a key role in defining what people think of your company. And if done right, it could change the trajectory of a business.

Dollar Shave Club is one of the best examples. Their “anchor” video went viral on social media, and resulted in 12,000 new signups in the first 48 hours after the debut.

Purple mattress did something similar too with their video.

Here are a few things to think about as you’re creating an anchor video for your small business:

Decide whether you want an emotional or literal viral video

There are a couple of different ways to create an anchor video:

Create a “day in the life” video based around you, the founder.

If you’re a small businesses owner, my intuition is that you’re so deeply in-tune with your customers and what they want that you’d know where to go with the direction of video and the creative messaging. Most small business owners would know the kind of message that would resonate with their audience.

But if you don’t, the best option would be to spend $20k – $30k in creative and media spend to test what works. That way, you’ll have a much better shot at hitting the mark when you produce a “Dollar Shave Club” video.

End your video with a “direct response” call-to-action

I talk a lot about building brand and why it can be so valuable to sacrifice short term sales for a long term relationship.

But I’m also empathetic to the fact that small businesses need to pander more to short term sales because of issues like cashflow. An anchor video could have tremendous impact on sales if you use it to drive back to a website or a landing page — look at how Dollar Shave Club did it in the last few seconds of their video: 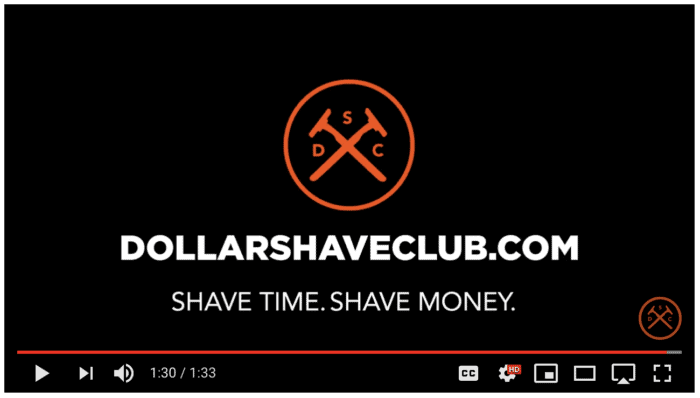 YouTube has one of the great ad products out today: Pre-roll ads based on Google Search queries.

The reason I love this ad product so much (especially for small businesses) is that it’s intent-based. That means it’s really effective at driving sales, which is what a lot of smaller companies need.

I’m a big believer in Facebook advertising and LinkedIn, too.

If you really understand who your consumer is, Facebook and Instagram will destroy. If you’re B2B, LinkedIn will destroy.

LinkedIn’s organic reach today is where Facebook was at many years ago, and presents a tremendous opportunity for people, especially if you’re selling to other businesses.

I genuinely believe that creating a “hero” or “anchor” video is one of the best investments a small business could make.

Problem is, a lot of businesses would rather continue paying $5 to $10 per click on Google AdWords because it’s lower risk. It’s easier to keep doing that instead of “risking” $30k – $50k on an anchor video. Especially when you’re producing several to see which one will “hit.”

But the ones who do will win.