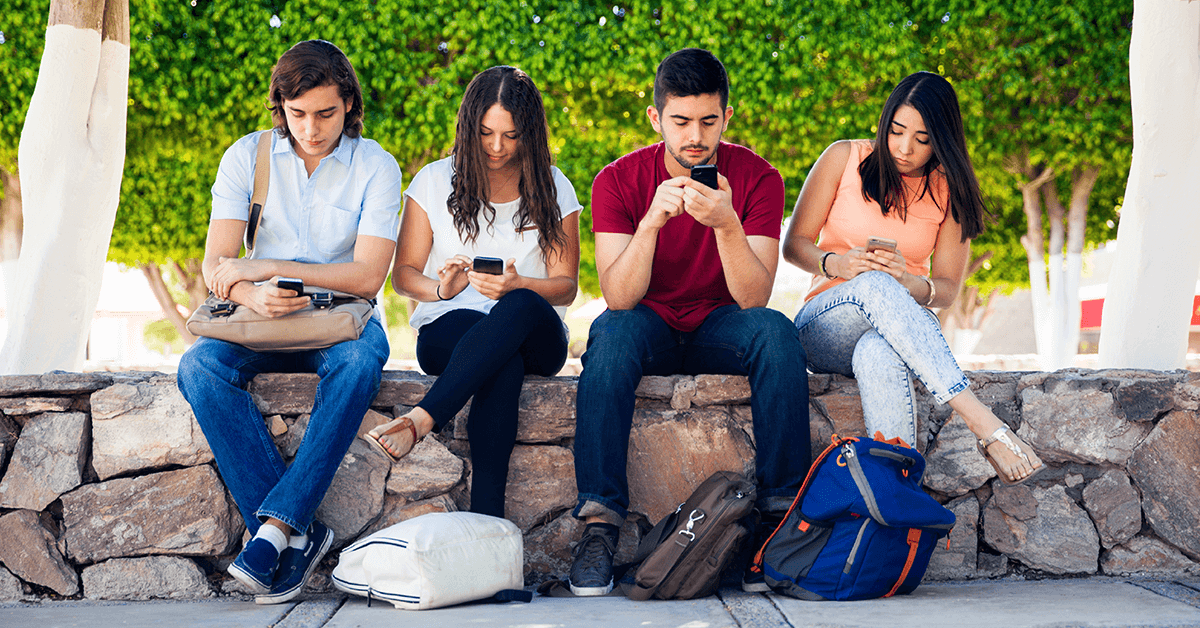 This Generation Will Be Fine: Why Social Media Won’t Ruin Us

When people express concern about how smartphones are damaging our young people, I laugh. This anxiety that the internet is going to ruin real human interactions is reminiscent of parents in the 50s who were worried that Elvis shaking his hips was the devil. Let’s be very clear here. Being concerned about cultural progression “damaging us as a society” always repeats itself with the current trend and will continue to play itself out again and again and again.

Millennials are no different from Gen Y, Gen X, or any previous generation when it comes to being affected by a culture shift. In the 1940s, people had their heads in the newspaper and theirs ears to the radio. By the 60s, it was the TV. What about everyone today on their laptop and smartphones at a Starbucks? See what I’m getting at?

What’s happening with technology in our culture and society is just evolution. Technology is not undermining real human interactions. Instead, it is exposing people for who they really are. I have been asked many times, “What are we teaching the young people?” I’ve watched the behavior of 14 year old girls spending 10 minutes to take the best selfie, post it on Instagram, and then take it down when it doesn’t get enough likes. This superficial behavior tends to concern pundits who think that technology is the cause of this appearance driven, attention seeking behavior in teenagers. But the thing is, teenagers have always strived to be liked and sought the attention of their peers and potential significant others. Selfies on Instagram is the evolution of this same behavior.

Technology provides us additional pathways to act on these behavioral tendencies that have always existed. We should not “feel sorry” for the couple on a date who are looking at their phones. For all we know, their phones are providing a different, more constructive outlet to focus their attention instead of allowing for arguments or an awkward silences. Two people who didn’t like each other would ignore each other regardless of Instagram or Angry Birds.

Parents I know are concerned that children will not know how to socialize and that technology is ruining people’s ability to effectively converse with each other. They say that the interactions on Snapchat or Facebook “aren’t real” and are alienating kids from the world. I would argue that children, who have “no friends” in school now have the opportunity to make friends online through Twitch, Twitter, and other social platforms. It is easier than ever to find a community with similar interests. The next generation of parents will wish for the days of Instagram selfies when the virtual reality world takes hold. When little Tommy has the ability to pop in contact lenses to play in a virtual world and doesn’t come out of his room for a month, that generation of parents will express the same type of concern their parents did about spending time on Snapchat.

The problem is that we get scared of everything that we didn’t grow up with; it’s what human beings do. Every new medium brings along a healthy fear that the newest invention will ruin society. But, the truth is that people will always be looking for new ways to be entertained, consume media, and engage with each other.

“We get scared of everything that we didn’t grow up with. It’s what human beings do.”

Technology has not changed us, it just makes it easier to engage in behaviors that we would rather be doing anyway. Some families watched TV instead of talking to each other in the 60’s. Today, those same families play on their phones and check their likes on Instagram during dinner. In no way am I telling you how your family should be spending time with each other, but there is always going to be something in every generation that is going to “bring us down” as a society.” Either you are a pessimist or optimist on this issue. I am an optimist. This is just evolution.