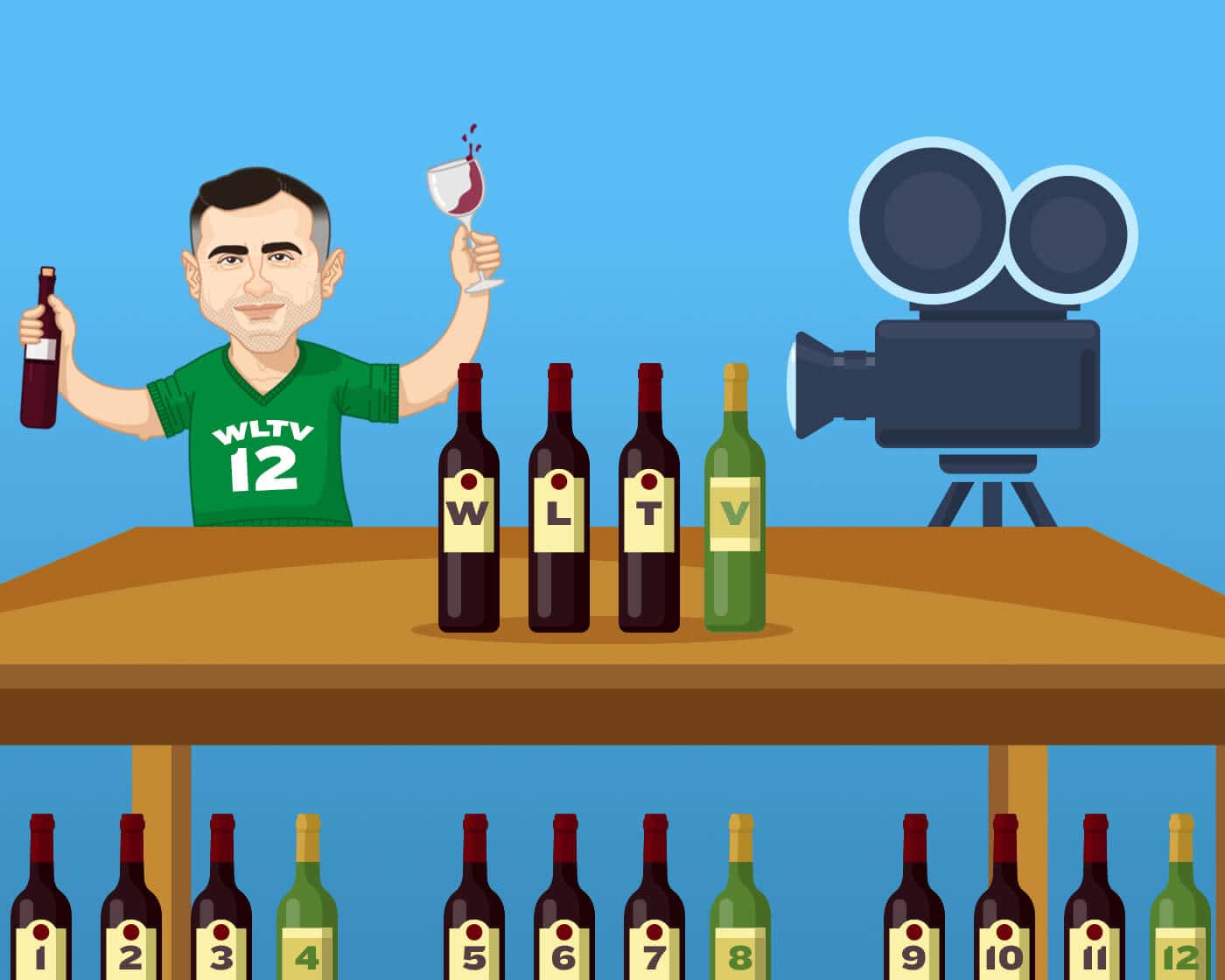 The Show That Started It All

Guys .. This is a very special day for me. It’s the 12 year (!!!) anniversary of when I first began putting out content through my long-form video series Wine LibraryTV. It’s an important day for me to reflect and celebrate as it cemented so many of the core principles I still hold true today. First and foremost, I am not an overnight success 😉 I am humbled, grateful and honored that most of you reading this have only just discovered me in the last 6-12-18-24 months, but in truth, I began putting out content long before that.

12 years ago today (at age 30!) I asked somebody on my team at Wine Library to run to Best Buy, pick up a little Canon camera, set it up and hit record. I picked three bottles of wine and put them on a table. I reviewed the wines and I filmed it.

Obviously the conversation has changed as I’m now more focused on documenting my life as an entrepreneur through my daily vlog and sharing my experiences navigating the digital world to not only further solidify my legacy, but also to teach you about how you can do the same for yourself.

It was the first time I’ve ever filmed anything with the purpose of someone seeing it and it started the process of where we are today, 12 years later. When I hear people lacking patience or wanting it so fast or not understanding the marathon that is the foundation of this game, I wanted to remind people that I have basically been producing content for the internet for the last 12 years.

Patience is obviously something that I preach, and I’m flabbergasted that if anyone wants to accomplish something that they would give up after three weeks, three months, or heck, even three years at times. There’s a very fine line between optimism and delusion that you’re good at something when you are not, but every day, every week, it was the smallest bit of traction that got me excited and kept me going. I didn’t expect millions of “followers” and nor should you.

It was the smaller moments, the times when people would tell me that I was responsible for getting them into wine or when a customer would come into the store and reference an episode. It was those times – the small wins that were a result of me speaking my truth – that kept me going.

I think people underestimate those small wins. They’re so focused on getting to a million views, or a million followers, that they forget about how special it is to have 500 followers.

I’m blown away by people who look down on the notion of 10,000 views like it’s nothing. Are you kidding? That’s ridiculous! Your grandparents most likely never had 10,000 people listen to their opinions in their lives* let alone on a single video. So I think perspective is what gave me the ability to keep moving. To be consistent and persevere and always try to provide value. I just understood that I had something and I felt that I could fight through. I was enjoying the process, I wasn’t doing it to become rich, so I was never impatient. I built my reputation brick by brick by brick by brick, and 12 years later I looked up, and I’ve got a building.

I really wish so many of you could understand how quick that time has gone and how much longer I have to go but most of all, realize how much didn’t happen in those first several years. How much I needed to persevere and build my audience by engaging and replying to people along the way and building relationships and hugging and kissing babies and grinding and believing and most of all, understanding that 65% of you didn’t know who I was 24 months ago or even 15 months ago. That my current place of attention is a phenomenon.

It’s a 15, 16 month phenomenon that’s taken a little bit of a hockey stick trajectory which is the byproduct of ten and a half years. Ten and a half years of grinding and putting out content and wanting to share my thoughts on wine, on business, on entrepreneurship. Day-in and day-out, while I worked the whole time building the business. You have to understand that “producing content” has never been my full time thing. I have so much empathy for the fact that you want it and how desperately you want to get yours but, the truth is, it just doesn’t happen overnight.

One of the most important things, and the thing I’ve realized that really matters, which has been the foundation of my success, is the willingness to always speak my truth. At the time it was wine, and today it’s more generally about entrepreneurship and business. But I was always speaking my truth which really means living life on your own terms and being okay with the short-term ramifications predicated on your style of communication.

Most people don’t speak their truth because they’re worried about the impact it will have on their relationships, their business, or the money in their bank account. My friends .. this is a mistake. For me, I was always able to accomplish everything I wanted financially through my business so that allowed me not to think that somebody was going to be in control of my outcome other than the market. I wasn’t worried about anybody but the end consumer and speaking my truth to the end consumer, whether it was to tell people that I liked wine, or today with conversations around legacy and thinking about when kindness becomes cool. I always tried to be truthful, whether I needed to admit that things were good or bad, even companies or ideas I invested in, which has been so important to my success. What I want for you all is to not give up and always stick to your guns, bet on your truth, and if you can, live for the leverage of being historically correct.