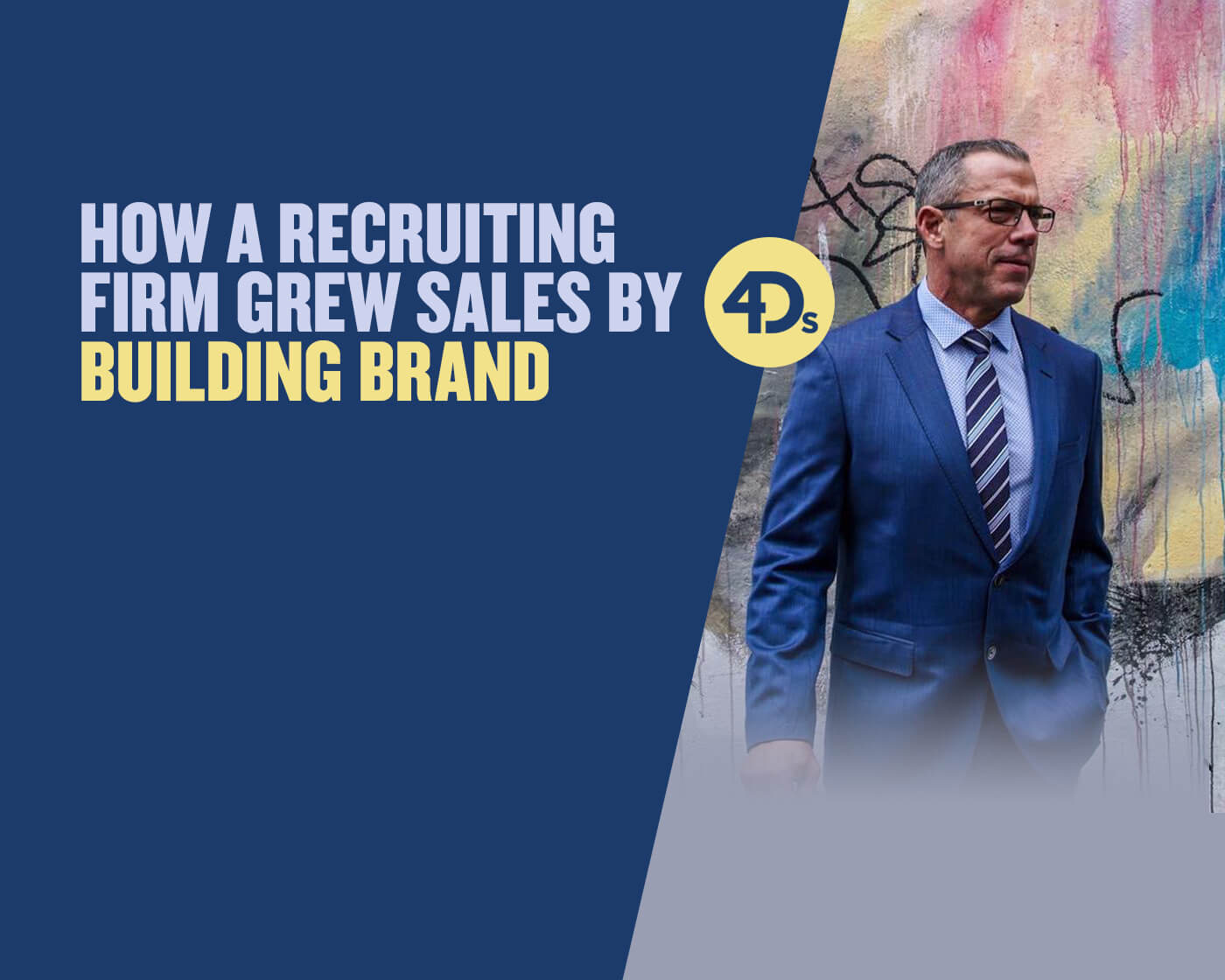 Over the past 8 years, VaynerMedia has worked with companies large and small from AB InBev, Chase and GE to small 1-100M dollar SMB’s.

As the CEO of VaynerMedia, it has been an enormous goal of mine to be able to share this expertise and share the stories of other companies and entrepreneurs we have helped, from seasoned veterans to those just starting up.

In 4Ds, we take attendees “under the hood” of VaynerMedia — both analyzing the work we do for some of the biggest brands in the world, and showing how those tactics can help small to medium businesses.

In these “Post 4Ds” articles, we’ll feature in-depth testimonials and interviews with attendees of program. It’s an article series I want to do much more of in 2019.

Today’s interview is with Joe Mullings, founder of Mullings Group, a recruiting firm focused on the medical technology industry. They’ve placed over 7,000 candidates in jobs with 500+ companies all over the world. 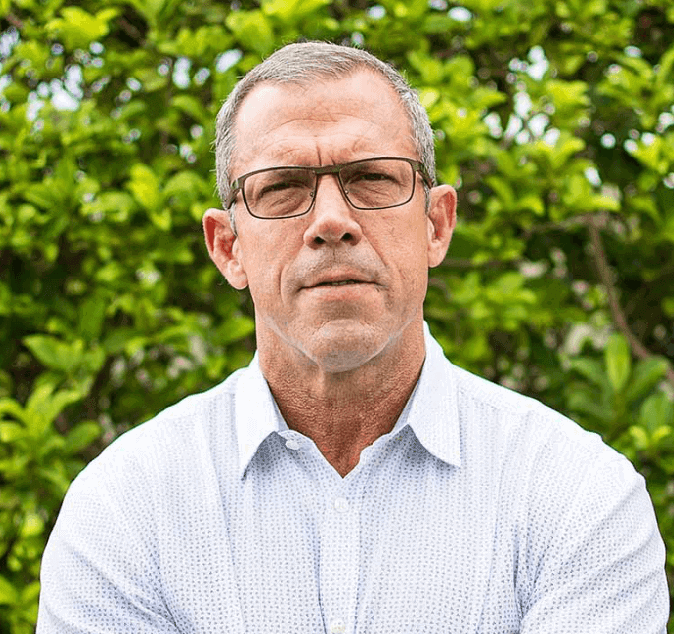 I’m so proud of the results Joe got from the program after attending 4Ds.

I asked my team to interview him so I could share his story with you all:

Being a follower of Gary’s, I wanted to take a look “behind the curtain.”

I followed all his shows and all the content he puts out on a consistent basis — the podcasts, DailyVee, and more. I wanted to know what machine he had in place to put out content on a daily basis like that. It’s very similar to the model that I wanted to implement.

So I bought 2 seats to 4Ds – one for my camera man, and one for myself.

I already had a decent brand at the time in the business I’m in, primarily focused on LinkedIn because my company’s in the recruiting space. I wanted to figure out a “Gary-esque” approach for LinkedIn content.

“What was the most impactful part of the program?”

Personally, I wanted confirmation that I was on the right track. I wanted to get a more specific sense for what Gary was doing to build his brand.

For me, the most impactful part was the patience and sincere interest that Gary had as he went around the table and listened intently to each person’s business model. I followed Gary’s content online for a while and loved what he had to say, but it really drove it home when I saw his authenticity in person.

I walked away from 4Ds with a great appreciation for the fact that Gary actually walks the walk. I could tell that he genuinely believes in the stuff he talks about. Feeling that authenticity and legitimacy made it easier for me to double down on building brand because you know he’s not just selling a BS “master course” or selling a false dream.

“How did 4Ds impact your business?”

I was already a successful business owner before 4Ds. I was already investing money in my team and my personal brand — over $700,000 in total by the time I had signed up for 4Ds.

But there was one main thing that helped me grow my brand (and my sales) even faster:

The concept of the booms, the beats, and the sawdust.

It was a strategy we learned to squeeze the most out of every piece of content that we put out. When we record a 15-minute video, for example, we really take a look at what all we can do with it, how we can repurpose it, and everything we have to be mindful of. For example, what kind of guidance to I have to give to my camera man? What do I have to tell editorial?

4Ds helped us look at our content production strategically and tactically.

After executing on what I learned at 4Ds, we increased our revenues by seven figures.

I attribute that to Gary’s “handbook”, as well as my team for going out and executing.

“Were there any non-monetary benefits you noticed in building brand?”

When I first started out in business, I didn’t completely understand the value of brand. It kind of made sense, but I didn’t fully grasp it.

Now, I don’t know how anybody could open a business and not have brand as one of the core pillars and drivers.

I have people coming to me now and saying, “Joe, you’re spending all this money and investing it into your brand. Aren’t you worried about the recession?”

I tell them, “No. It’s actually all the more reason to do it.”

If you look at the companies that thrived in recessions, it’s always the ones that have the strongest brands.

When I walked out of 4Ds and sat in execution mode for the following six months, I realized that even though you can’t put a clear value on brand, you also can’t live without it. That’s something I didn’t fully understand before 4Ds.

Now, I see how branding applies to everything.

For example, I’m building my 13-year old’s brand right now because he knows he’s going to apply to MIT. So I took videos and pictures of him at Google Labs so that when he applies to MIT at 17, I would have “branded” that 13-year-old for years around science and STEM programs.

My other kid is a high end soccer player. So we’re putting together an entire branding package around him because it’s going to allow him to get into a different college to accomplish his goals.

Once you start to look at the world through branding, everything changes.

“Was there anything you got that you didn’t expect to get?”

Claude Silver’s session (Chief Heart Officer at VaynerMedia) was incredible. She talked about building culture, and the way she talked about it was very impactful — you could see that she was the “other end” the stick when compared with Gary.

Gary is very high energy, but Claude brought a very peaceful intensity to the room. She had a very intense, passionate message on how to treat other human beings in your organization. Gary says the same thing, but with a very different energy.

I was able to see how they play on the team together.

“What did you think of the VaynerMedia team?”

The entire team was very generous, and was sincerely interested in everyone’s goals coming in.

The level of service was very high, and there were a lot of nice touches along the way. The follow-up was classy, yet not overdone or overreaching.

Interacting with other members at 4Ds was also a huge value-add. The ability to “corner” someone during a break and ask them deep, insightful questions was really helpful.

All in all, I could tell I was dealing with a first class team. 4Ds was easily worth over double the price I paid.

You’ll learn a lot of things that you didn’t know before about brand, and you won’t be able to “unsee” what you saw.

But you should only go to 4Ds if you’re willing to work and execute afterwards with a large amount of time and money.

If you can do that, the program will be the best ROI you can get. 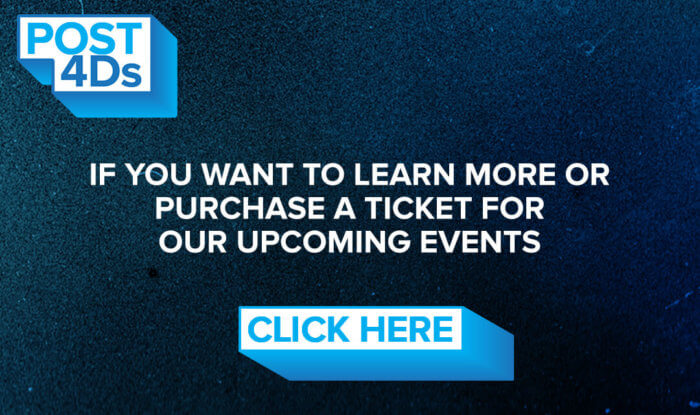