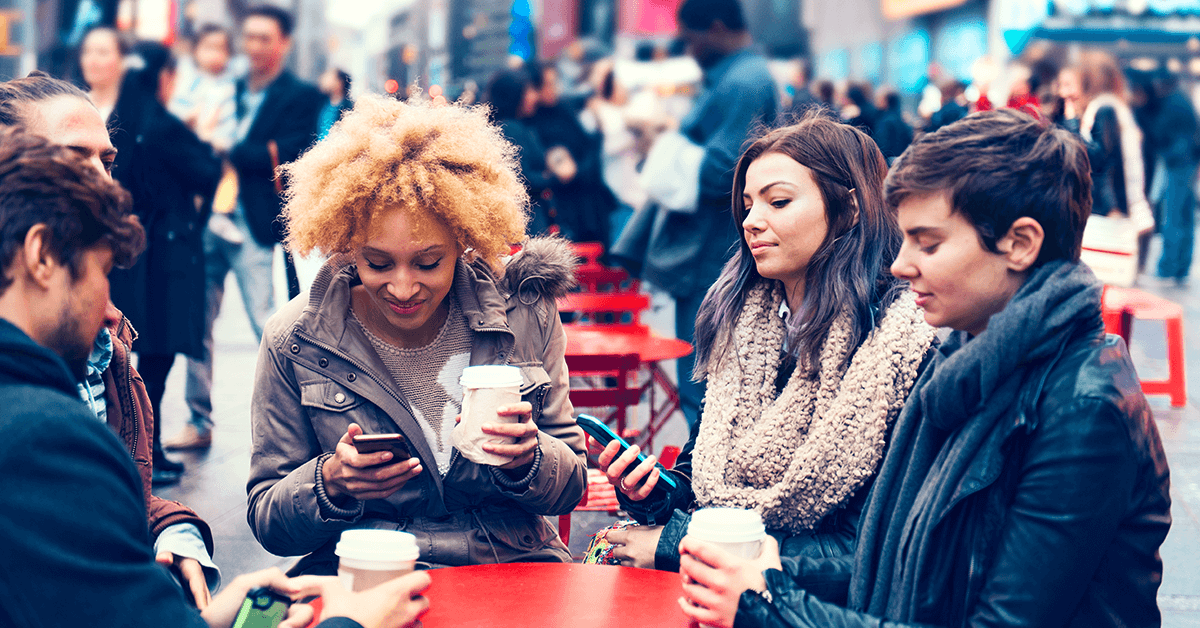 If you clicked on this article thinking that I’m going to tell you to make a Facebook page, boy are you wrong. Maybe I would have said it in 2007, but guess what? It’s 2016 and it’s about time everyone started marketing like it.

The mistake they are making is this: they are not following where the consumer attention is going. And in marketing, we need to be placing importance on attention, not impressions.

It might seem like a no-brainer. You might be thinking that consumer attention is all any marketer thinks about. While that may be true, they’re not putting any follow through to their lay-up. They’re spending millions of dollars on TVC, on print; things that no longer have the attention to justify the cost.

It baffles me that so much money is still spent on forms of advertising that are not beneficial to the consumer, nor where the current consumer attention is. Pre-roll ad views. Commercial breaks on streaming sites. These are the “impressions” marketers are focusing on. Why? There are better places money should be spent with bigger upsides. Great marketing should feel like a renovation, not a rehash of what has been done before.

For a consumer to get excited about something, to be compelled by something, it comes down to attention. Attention, not impressions. They need to really consume it. That is the game.

There are two places right now that companies need to be focusing to win their marketing game. One is mobile, and the social networks contained within mobile. The second is video.

Anyone who doesn’t realize that the cell phone is exactly the same thing that the television was in 1965 is completely ignoring the future. When an ad comes on, when pre-roll shows up, people reach for their phones. As soon as the experience they were trying to have is interrupted by an invasive ad, the phone is where they turn to continue being entertained. Plus, the phone is always there. As you read this, is your phone within five feet of you? I thought so.

Within the world of mobile, there are so many opportunities and ways to make content that can get a consumer’s attention. Write an article on Medium. Create beautiful images on Instagram. Test out as many different kinds of posts on Facebook as possible to see which does best.

But the medium with the most consumer attention right now is video.

Video has always been the deepest way to engage an audience. The wide and fast success of television and movies shows us that; the internet hasn’t changed that at all, but it’s certainly made it more apparent. And not only has it amplified the importance of video as a way to connect, it’s also put the tools to make it into the hands of so many more people. Creating engaging content has never been easier, and the social networks that are winning big right now are winning because they have placed such an emphasis on video.

Facebook video for my brand has become the best way to reach my fans at scale. Couple that with their video ad products for sales and direct response and the fact that they’re the greatest data company of all time for marketers and you have some serious reasons to invest in Facebook video ads and video content for Facebook.  If you’re creating video content for YouTube, and not putting those videos onto Facebook as well, your brand or business is losing distribution – not to mention relevancy. YouTube should honestly be concerned; Facebook is already on its way to becoming a massive competitor when it comes to video marketing and content distribution. They are sitting on an enormous amount of targetable consumer data. It creates the ultimate marketing machine.

Instagram won, and won quickly, because they saw two trends in social and jumped on them fast: photo sharing and mobile. Instagram was a mobile first app, and has remained basically mobile only the entire time.

A counterexample of this is Tumblr. The blogging platform started on desktop but was slow to build an app that its users actually wanted to use; it’s been in decline ever since (despite having a record number of users, it’s struggled to monetize).

Instagram is a mobile app with a utility layered on top that everyone wants to use. And attention on it is huge. It hit 400 million active users in September, has a comprehensive ad platform, and with Facebook as its parent company, the targeting capabilities are insane.

The Next Big Social network: Snapchat

If you’ve been paying attention to my content the last month, you’ll know I am big on Snapchat right now.

One major reason Snapchat is winning, and will continue to win, is not only its focus on video, but how you create video content. The storytelling capabilities around how people create content on Snapchat is fantastic. There is so much room for creativity, and it reminds me far more of a space like YouTube than Twitter.

It’s also an especially interesting platform because the consumer attention it has is very deep. Snapchat hasn’t quite matured or “sold out” yet, but it’s boasting an enormous amount of daily active users. In December, 36% of Americans aged 18-29 had an account, and they are now reporting 7 billion videos views each day, rivaling Facebook. But while the platform is big and has lots of opportunity, it’s still quite young. We are just now starting to see the first signs of Snapchat aging up. It’s about to go through its first 20-to-40-year-old renaissance, and that is very exciting. It’s a huge platform, but it still has a solid 24 to 36 months ahead of it that will be of great importance.

The point is this: see where consumer attention is going and follow it. Consumers are spending the majority of their time on social, so you need to meet them there. And while on there, they are consuming video. So make videos.

Impressions do not equate to attention. YouTube is good at video, Snapchat has consumer attention at scale. Understand the emerging markets, understand where your consumer is, and meet them there. Don’t make them come to you.

Share this video with someone who needs a quick download on what it means to market in the year we actually live in: