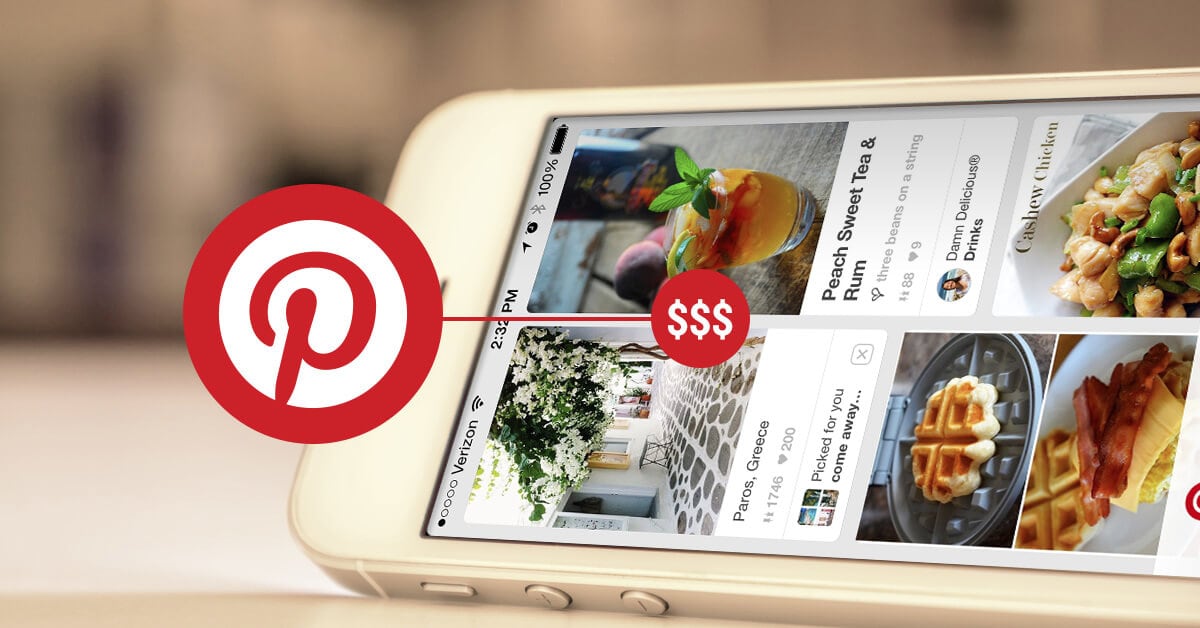 Disclaimer: I am not an investor in Pinterest and have no stakes in their success.

Here’s something that definitely isn’t getting the attention it needs: Pinterest’s ad product. For all of those who have been wondering how Pinterest makes money, your questions are about to start being answered.

I spend a lot my time pushing the incredible capabilities of Facebook sponsored posts and one on one communication on Twitter, but Pinterest’s new paid advertising is right up there with both of those products. In fact, Pinterest’s ad product is in the perfect spot to be a major competitor for Google AdWords. And I mean major.

Not getting the picture? Little reminder: I used Google AdWords in the very early days and bought ads against the word “wine” for my online wine retailer, WineLibrary.com. I was the first person to sell against that particular keyword on Google, and for a long time the only one selling against it. I dominated. In the end, it paid off. Google became huge, and I reaped the benefits.

So yeah. I’d say you should get serious about ads on Pinterest. Now.

What exactly does Pinterest’s ad platform do? Well, I’m sure we’ll be seeing a lot of different products as they expand. I strongly advise you take a closer look at Pinterest’s promoted pin page linked above for the full download, but essentially they will serve pins featuring your brand or product to people you deem interested in buying based on the keywords you target. And that’s huge. On a platform where users opt in to follow themes, styles and trends as much as specific influencers, they are much more open to seeing a diverse range of content. Being able to pay to insert your pin in the top of their Pinterest feed in a way that feels natural and unobtrusive means a tremendous amount.

And so far, we’ve seen great results already. My fund, VaynerRSE, is incubating a subscription service called Faith Box that has used them to great success. We’re also seeing it with clients here at my agency, VaynerMedia.

This shit is working. And like I said, I’m a big believer in the business.

Another change that points to the importance of Pinterest and promoted pins targeting was their recent decision to ban affiliate links. This is a smart move on their part; it means that Pinterest is going to be monetizing that part of the business for themselves. Why? Well, if you start thinking about the amount of commerce that goes on through Pinterest, the numbers get pretty crazy. Even if they make 5% on every transaction made through the site, it could easily make them one of the top five to ten companies in revenue in the digital space.

Eighteen months from today, I’ll be really pumped to refer back to this article on Pinterest’s early stage of promoted pins and create a piece of content to talk about how right I was. So why get left behind? Check out what they’re doing and get into it. I said it before, but I’ll say it again: Pinterest’s ad product is a competitor to Google AdWords and a huge step for e-commerce businesses.