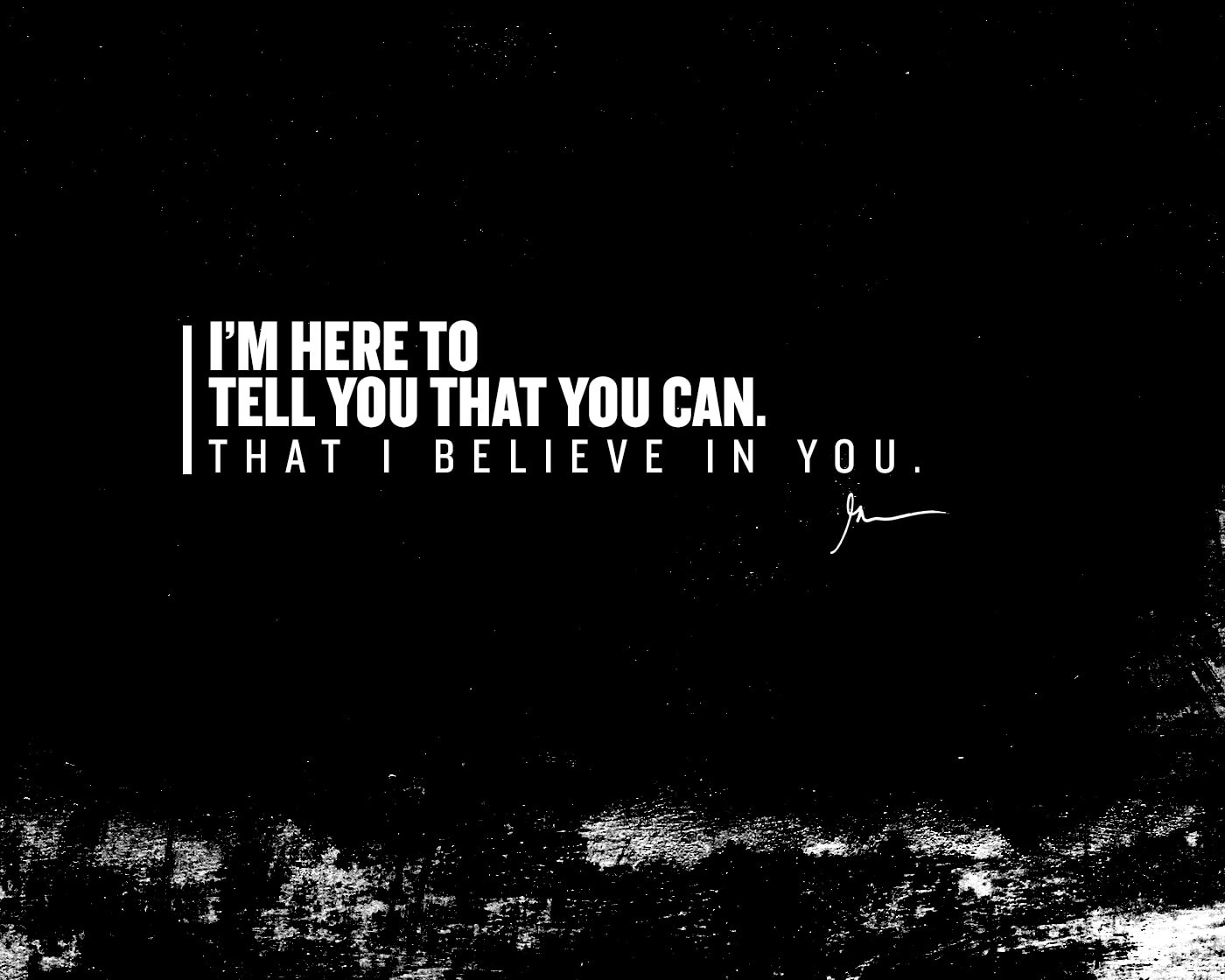 I’m Here to Tell You That You Can Still Win

I released a video a while ago called 6 minutes for the next 60 years of your life. It’s really important.

At the end of the day, what do you want to leave behind in this world? What impact do you want to have? What thing did you really want to try? I know you can do it and I want to give you permission.

I’m here to tell you that you can. That I believe in you.

There are so many people that could be truly good entrepreneurs or have entrepreneurial DNA but they just weren’t lucky enough to be born during an era that entrepreneurship seemed practical. Now because of the smartphone and the internet, anyone has a shot.

It’s hard for somebody who’s been operating for 30 years under a certain blueprint to understand that starting something new is still realistic. They feel like it’s a young man’s sport but it’s not. It’s accessible to all.

If you’ve got the right DNA and you’re a 72-year-old female, you have just as good of a chance to win as a 27-year-old man. But, you’ve been trained and marketed to that a 50 year old can’t win.

Well neither did I, and somehow I found a way to win.

Nobody cares if you’re 40, 50, 80, female, male, or a minority, the market will accept your victories if you’re good enough.

I truly believe that if you’re a 40 year old housewife with two kids, or an inner city kid with no money, because of the internet, you’ve got wayyyy more opportunities to create something for yourself. We’re living through the greatest era for entrepreneurship imaginable with all of the world’s information literally at your fingertips.

So please, my friends, do not allow the 18 to 25 year olds to be the only ones to grab at this pie that is so available to all of us regardless of age.

If you have a smartphone, you can not complain.

We’re all going to live longer. The opportunity is real. The 58 year old right now that’s reading this, might live another 40 years. Forty years of being able to do something you love is a big deal. Start putting in the work. Start recognizing this isn’t just a young person’s game. Start representing the people that have actually put in the years, the gray hairs, the groundbreakers, the knowledge! Start deploying that. Educate yourself on the new world. Yes, I know that you did not grow up using Instagram.

But, guess what? You also didn’t grow up driving and somehow you learned to do that!

Stop making excuses, start getting educated in the actual world of today and start opening up opportunities. Everything is a skill that can be learned. The iphone and Instagram and hashtags and networking, it can all be learned if you just put in the work.

In my genuine opinion, I actually think you are more likely to be successful in building a company at 50 than at 18 because you have had the experience.

The 18-year-olds have naivete and passion. But they also have a real lack of experience that you can capitalize on. You my friends, have that experience. You know what works. You know what doesn’t. That is a really powerful thing!

Youth and excitement is great, but if you don’t actually understand how to build a business then you are going to lose. There’s plenty of talent and there’s a ton of fire and bravado in today’s youth. The only difference between me at 41 and the rest of you reading this is that I’ve actually put in the work to learn where people’s attention is and I’m deploying my energy to arbitrage that market. Today it’s Instagram. Tomorrow it could be something else. You have to adjust and adapt.

This article is really being written for one reason. I want it to be the calling card, the spark of the explosion for every 40 to 60 year old entrepreneur in our society. The fire I see in the eyes of a 19, 20, 25 year old that feels that they’re just entitled to this is absurd! I want to rekindle the flame for every 50 year old that had the passion at 22 but now 25 years later has this burden of practicality and family dynamics and the history of the market tearing down their prospect of opportunity.

The moment you no longer believe is the moment you’ve lost. I’m here to tell you that you can still win.

And just to remind you, there are a ton of entrepreneurs that started their companies in their 40’s, 50’s, 60’s and 70’s when people thought that it was too difficult to do such a thing. Sidney Frank who created Grey Goose at 77 didn’t win big until he sold his brand to Bacardi for 2.3 billion dollars at 84. It can happen.

So, I’m desperate to give you the spark to say, “You know what? Instead of watching House of Cards, instead of trying to go to every baseball game or every wine tasting, I do have an extra 2 hours a day I can devote to my passion and see if I can make things work.”

For the 40 and 50 and 60 year-olds that are reading this right now, I want you to consider two things.

Of course you could pick up golf OR you could actually start that pet accessory company because all of your life you have loved animals and you would like to try.  You can post pretty pictures of dogs and start doing reviews on leashes, and collars and dog food and pretty soon you can build an audience.

By using hashtags and creating content, I guarantee that you can find a niche. It may not be a million followers but it can be 100, or 500, or 1000 true fans. The math really isn’t that tough. If you get 500 people to buy one $50 dollar product you have a $25,000 dollar annual business. Not bad for your side hustle right? And maybe you become an influencer in the space? Now Purina is asking you to advertise their products and paying you $1000 a post. It can work!

For things to go well, you have to learn your craft. Figure out the opportunity at hand. Go attack it. When you’re 90 years old, you’re going to regret that you never built that business and you let this era pass.

And that’s really it. At least the way I see it. I got home at midnight last night and every single night. It’s just what I do. And I think there’s an enormous opportunity to inspire a generation that so deserves it. I almost feel like now that I’m 41 I am obligated to inspire because honestly I feel like I’m 21. I’m just getting started.

I have so much empathy for, and I recognize how insane I had to be to go all in… You can’t even imagine how much they made fun of me for being an entrepreneur when I was half your age. The 15 year old in school now that’s getting D’s but is selling shit on the internet, everyone is like, “Oh, you’re going to be the next Mark Zuckerberg.” For me it was like, “Oh, you’re going to be the next piece of shit.” It’s so insanely different. But you can try. Ultimately entrepreneurship is about freedom. It’s about being your own boss and living your own life.

I just want people to win. I don’t think you all understand how real it actually is!

If you haven’t seen my 2017 Flip Challenge, that might be a good place to start.