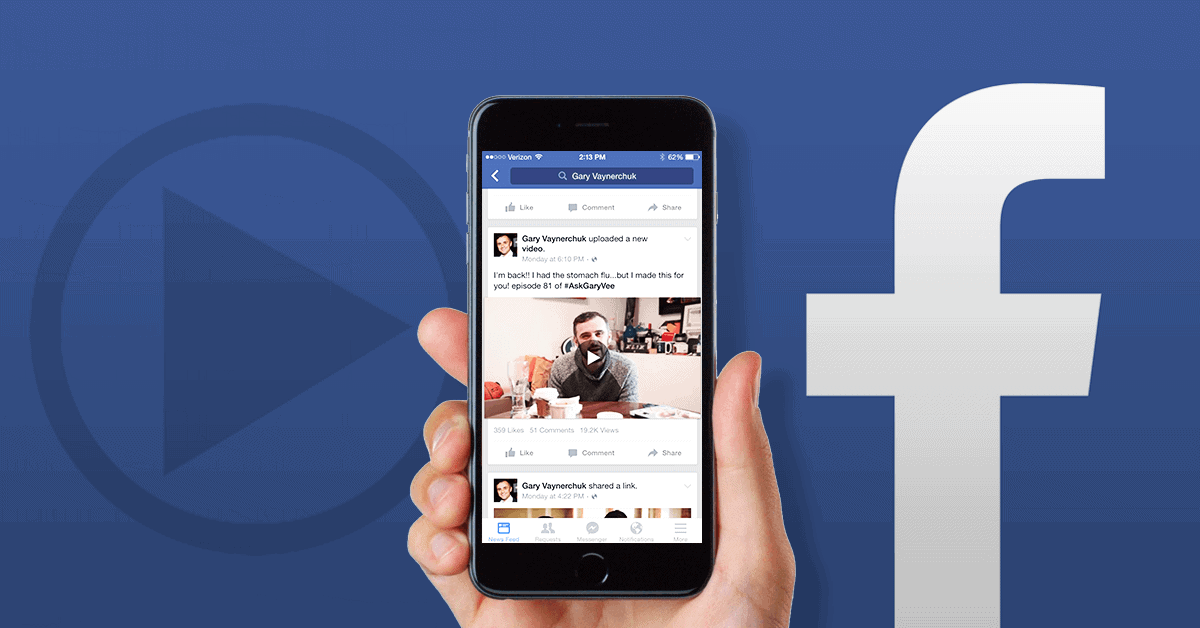 If You Produce Video Online, You Can’t Afford To Miss This

If the answer is yes, you seriously need to get into Facebook video. Now.

YouTube should honestly be concerned; Facebook has the potential to becoming a massive competitor when it comes to distributing video content. All because of the very thing I have been yelling about for the months now: the data.

Facebook is sitting on an enormous amount of data that you can target against. It creates an ultimate machine. At the moment, it gives you the ability to target like we’ve never seen before. I’m spending a huge amount of time on it; it’s at the top of my concerns.

And Facebook knows. They’ve added features in the last few months that point to the fact that they are increasing the amount of attention they give video: view count. Embedding options. One of the reasons I liked YouTube so much was because it showed perception as brand: view count goes up, I know how many people are watching. Now that Facebook has it too, I’m feeling more and more like turning my attention all towards Facebook.

But I do want to reiterate: data and targeting. These are the two things that should make you feel pissed that you aren’t on the platform.

Now, of course, the caveat here is Facebook video requires a budget of some sort. But the dollars go on a long way; with the precise targeting we have available through the platform, you are sure to reach an audience with an interest in your subject matter.

And I’m not saying you should give up on YouTube. It’s still extremely relevant and important. But if you’re creating content for YouTube, throw that shit on Facebook as well. And don’t just a post a link to the video; you won’t get the reach you want that way. Upload the video natively to Facebook.

And let’s not forget: competition breeds innovation. I hope YouTube gets scared a little here; I hope Google is paying attention. It might lead to better quality innovation coming out of YouTube. They’ve been pretty stale for a half decade, and now this will push them.

This is all without even going into the brand new world of live streaming. Video is king right now; it’s still evolving and changing quickly. We’re living that. And Facebook Video is being grossly underestimated. Don’t get left behind. Get into it.