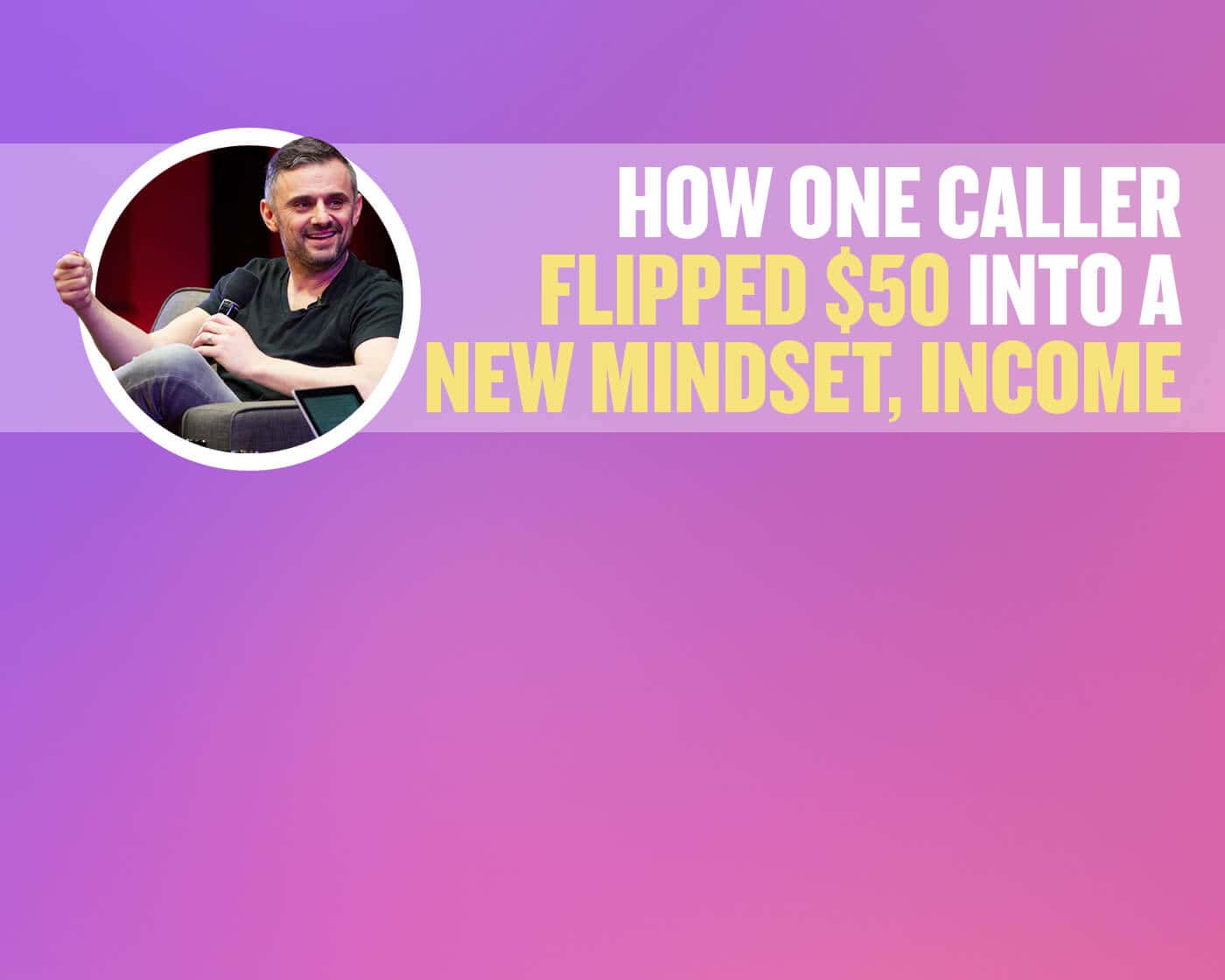 How One Caller Flipped $50 Into A New Mindset and Income

Starting from nothing is a common theme on Tea With GaryVee, but this first-hand account might be the one to inspire you to start flipping. That’s because Shawn started his journey with just $50 and a thought that garage sales and thrift stores might be the answer.

Shawn: Gary, you’ve changed my life man; both financially and mentally.  Last June, I started watching your garage sale videos and I have a story that I think will impact everyone listening.

[I saw your garage sale flip video and] I was like, fuck, I can do that shit. Although, at that time, I only had 50 dollars in my bank account. I had 50 dollars, student debt, and a part time job.  [Still], I was working and trying to make extra money by flipping things on the side.

Gary: I don’t want to get emotional…but the single reason I did that show was because of what you just said. Right now, the only thing I want, the only thing that drives me, is to help other people get happy because I’m so happy. I think the world is so abundant…and I came from dirt too bro.

Gary: I wasn’t given shit. I figured it out with humility and work ethic and education–trash talk is education, by the way. [I’m interrupting you]–keep going!

Shawn: So, I started going to garage sales and thrift stores. I would buy things for a dollar, then I would sell for two or three dollars.

Gary: Where? Craigslist? Facebook Marketplace? [I’m asking because] two or three dollars on Ebay, with fees and shipping, isn’t much.

Shawn: Well, it was mainly Ebay.

Shawn: Facts. Plus, it built up my [seller] feedback, which helped promote the other stuff I would sell on Ebay.

I really think anyone could do what I did since I only had 50 dollars to my name when I started. I was still working a part time job. I’m also a college student; if I can do it, anyone can.

This past school year, I was working three part-time jobs, as a full-time student. So, I’m living proof that the “Oh, I don’t have time” excuse is just wrong.

Gary: Everyone has time. People … tell me they don’t have time as they watch me. It’s like, why are you watching me if you don’t have time? If I was a kid, I wouldn’t be watching Gary Vee, I would be out doing. You have to do!

So, what was your first breakthrough?

The thing is, anyone can do this.

We’d love to hear your flip stories, wins and losses. Also leave a comment letting us know what stories you’d like to hear next and don’t forget to tune in to next week’s Tea With Gary Vee!