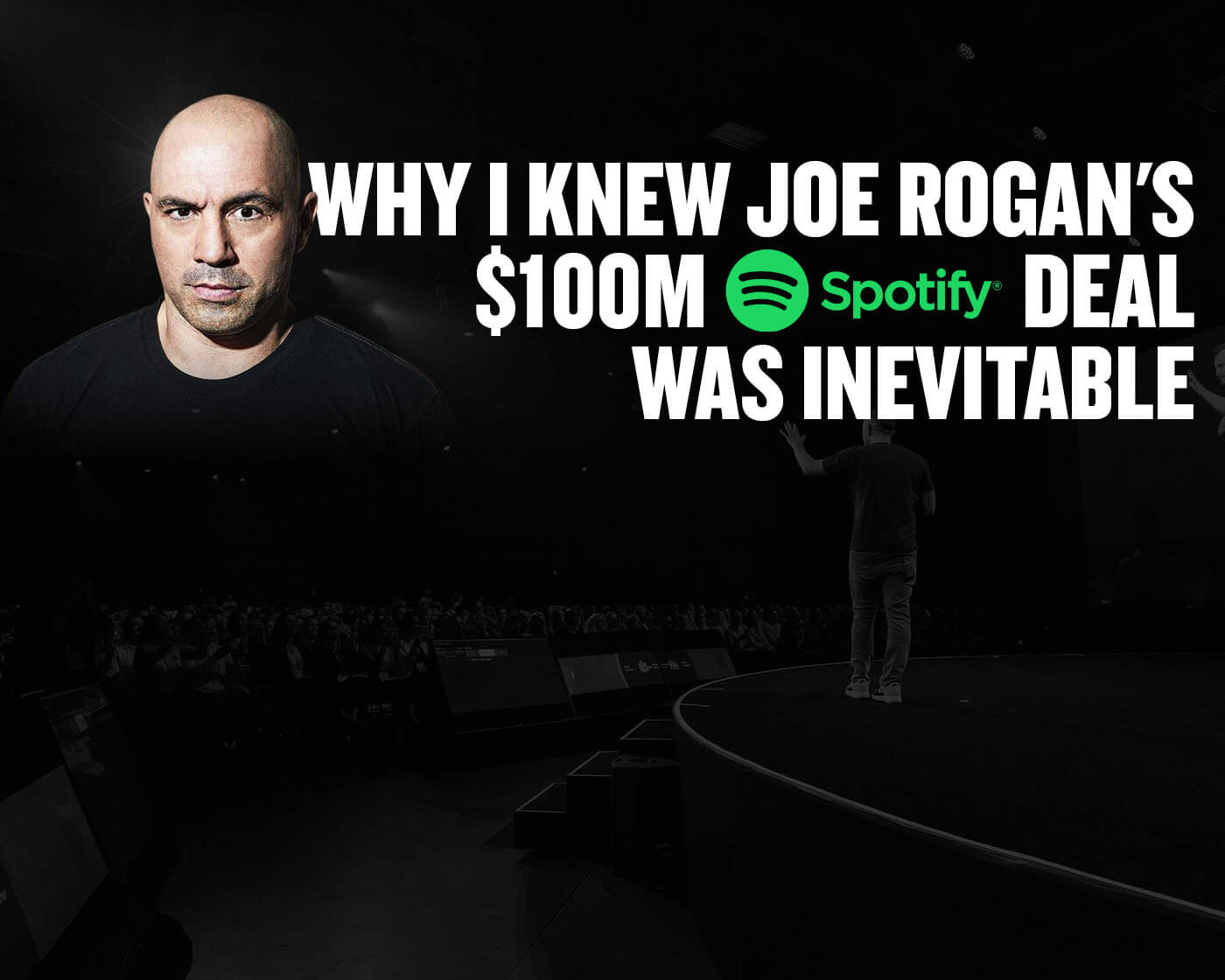 Why I Knew Joe Rogan’s $100M Spotify Deal Was Inevitable

News has come out over the past few days that Joe Rogan signed an exclusive deal with Spotify for over nine figures!

According to BBC and the Wall Street Journal, the multi-year deal is believed to be worth $100M. Rogan’s podcast, a top-3 ranked show on iTunes, will shift over to Spotify on September 1. All previous episodes reportedly will be removed from all other platforms.

What’s crazy is back in 2019, I said in an interview I did in Armenia that Joe Rogan will inevitably do “Howard Stern 2.0” and exclusively put his podcast on some platform in exchange for $100 million. Same number that’s being reported today. See the moment here:

The reason I knew, is because attention always eventually gets monetized. Whoever has attention has leverage.

In the business world, a lot of people rely on reports, a simple ad product they can wrap their heads around, or justification why a platform is “ROI positive.” The ultimate fact of the matter is, when tens of millions of people are paying attention to something, inevitably there’s an opportunity to monetize.

It’s how platforms work – you build up traction in all platforms and if you’re at the top like Joe Rogan, you then have the leverage to go exclusive somewhere and extract big dollars.

Congrats Joe, you worked hard for this!