A lot of people misunderstand Gary’s message on “hustling” and “working your face off.”

Ultimately, Gary’s message is about being happy with your life and getting to a place where you don’t feel the need to complain. Not working yourself to the point of burnout or unhappiness.

In this article, we create some more context on what he actually means vs what people think he means.

What people think Gary means: “If you’re not working 15-18 hours a day, you’re not doing enough with your life.” 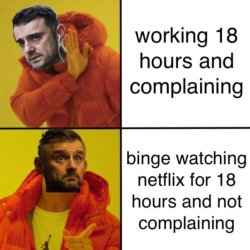 If you’re not complaining, Gary’s got nothing to say to you!

The advice he’s giving is really just for people who are unhappy, complaining, or talking a big game but aren’t backing it up with their actions. Ultimately, your actions need to map to your ambitions.

If you want to build a business that “funds” your lifestyle, you’re aspiring to a top 1% life… which means it’s going to take a ridiculous amount of hard work to get there. It’s going to take a long time of paying your dues —  that might mean giving up leisure after your day job or getting up a little earlier than you normally do.

Happiness is the ultimate ROI, not money. Do you 😉

What people think Gary is saying: “You should all be trying to work as much as I work.” 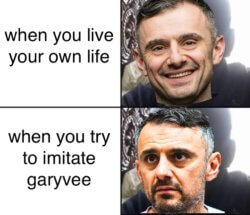 Gary loves the process of building businesses, which is why he set a goal to buy the New York Jets, a multi-billion dollar sports team. DailyVee is just Gary’s way of documenting his journey of getting there as an entrepreneur.

But Gary’s an extreme personality. You shouldn’t try to imitate Gary’s work ethic, or even start your own business unless you’re self-aware about who you are and what you want.

What people think Gary is saying: “It takes years and years to be successful. You shouldn’t give up on your business.” 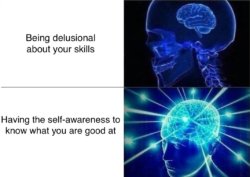 Entrepreneurship is “cool” right now, and there are so many people who are trying to be entrepreneurs who aren’t cut out for it.

Not everyone should be spending years trying to build a business — a lot of people just aren’t talented enough or “cut out” for the pressure and stress that comes with entrepreneurship.

And that’s okay! It’s a lot more fun to go all in on what you’re good at than being delusional about your skills.

What people think Gary is saying: “I have to sacrifice sleep and family time to be successful.” 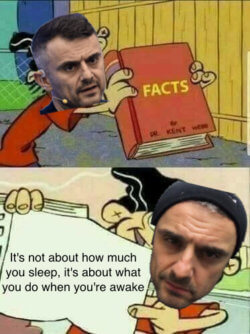 If you need 7-8 hours of sleep a night, that’s totally cool. You don’t need to sacrifice sleep to build your business or side hustle.

It’s not about the time you spend sleeping, commuting to work, or spending time with family. It’s about what you’re doing in the hours when you’re not doing those things. And if you do want to spend more time relaxing during your day, that’s great!

Just be aware that you’ll be leaving business upside on the table, which could be completely fine depending on your ambition.

We’ve seen a growing number of articles and comments talking about Gary’s points of view on hustle and hard work, so we wanted to take some time to address those concerns and create context around what he’s actually saying.

Ultimately… Gary’s not trying to push anyone to live a life they don’t want to live. He’s just putting “pressure” on people to stop complaining and get to a happier state of mind 🙂

Thank you all for reading and following Gary’s journey!

Please help us spread this message by sharing this article on Twitter!