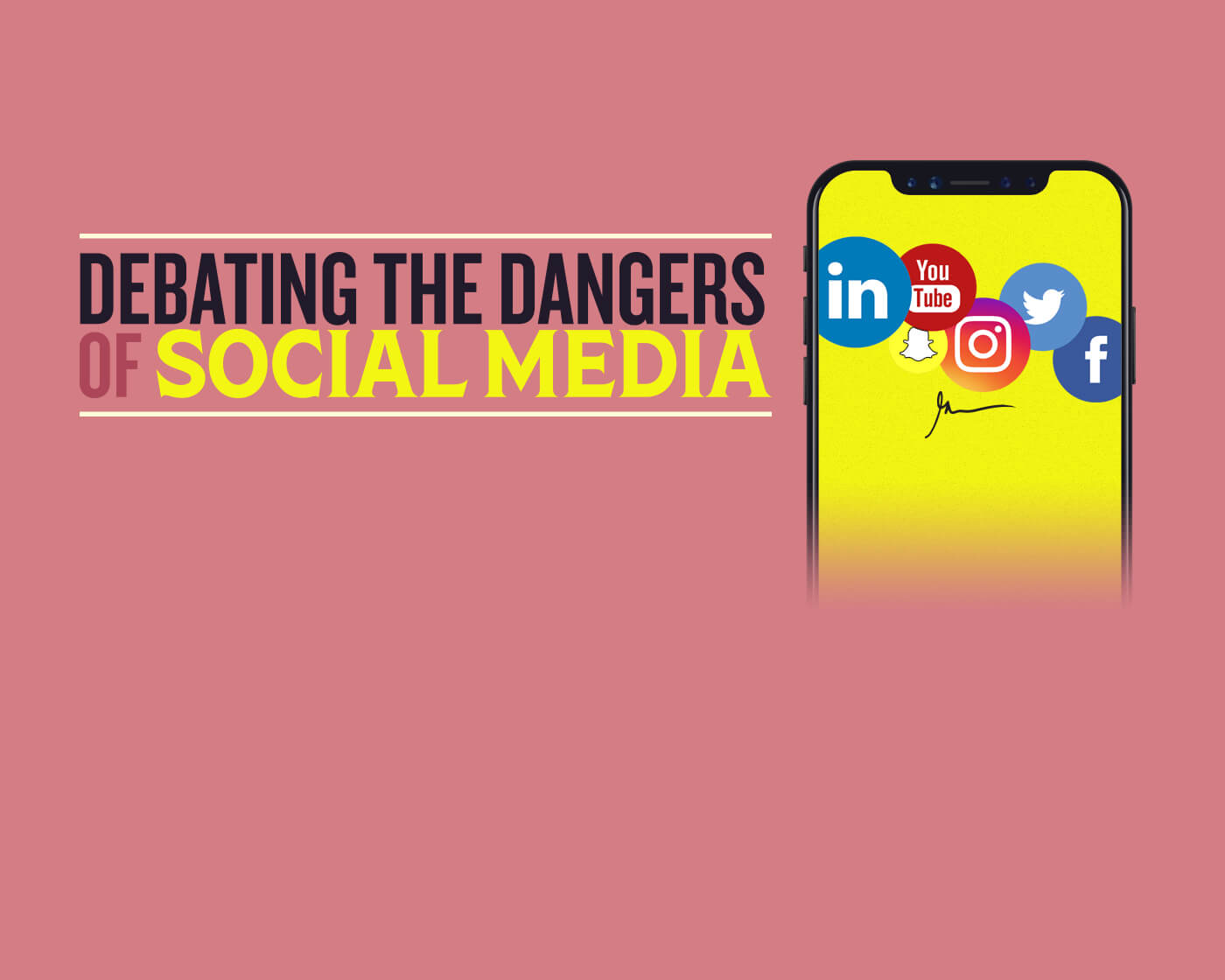 Debating the Negative Effects of Social Media on Kids

The debate around social media’s negative effects on today’s youth is such a visceral topic.

So many people are talking about how social media is damaging youth, how kids are getting “corrupted” by it, and even how it’s tearing down our democracy.

I have some pretty controversial opinions about this. On AskGaryVee Episode 296 with Baby Ariel, a concerned mother of teenage boys named Michelle asked a question about the dangers of social media and how it impacts young people. Her question was specifically about my thoughts on kids using Snapchat, but my answer applies to social media in general.

We’re living in an era with some of the worst parenting strategies of all time. I genuinely believe that in a hundred years, people will look back at this time and wonder what we were thinking when it comes to how we’re raising our kids.

My mom did an incredible job raising me, and I try to always use her as an example for other parents.

My mother taught me how to believe in myself the most, while still allowing me to recognize the value in others. She always supported and cheered me on for the right things, but never felt the need to award me with “8th place trophies.”

She downplayed the things that she knew didn’t matter as much for me (like school) while also teaching me to respect them at the same time. Like, I couldn’t run wild in school or curse at my teachers.

And when I did do something wrong, she gave the appropriate repercussions. She gave me the perfect mix of freedom, support, acknowledgement and most importantly, she was able to see my strengths and encouraged me to play to them.

She instilled massive amounts of self esteem in me.

Most kids aren’t so lucky. Instead of building up self esteem in kids around their strengths, a lot parents use their kids to build their own self esteem.

For example… a lot of parents are afraid of their kids using Snapchat because it has a rep for being a “sexting platform.” They’re afraid that their kids will get tricked by the platform and it’ll change their behavior.

But it’s not that simple.

Recently, I ripped apart a mother that I’m an acquaintance with who got very upset with my points of view on social media. I essentially told her… “maybe if you didn’t keep telling your daughter that she needed to ‘get skinnier’ when she was young, she would have better body image and wouldn’t have turned out the way she did.”

A lot of kids parents complain that kids compare themselves to others on social media, and that creates insecurities in their kids. They’re afraid that kids will get anxiety as they get into their teens and 20s.

But parents are the ones comparing their kids with other kids first.

Parents are putting judgement on their kids based on how other parents view them. And because that makes the kid uncomfortable with themselves, they feel insecure when they compare themselves to others. 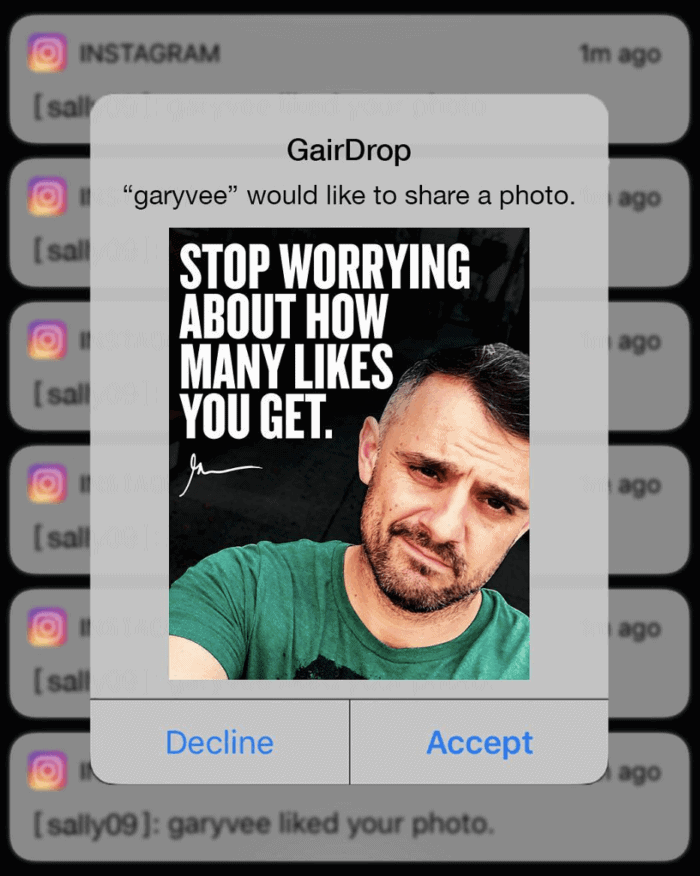 If kids are using platforms in bad ways, it’s not the platform’s fault. It’s the parenting strategies that caused that behavior to manifest in the first place.

2. Social media has been unfairly blamed for “negative effects” on society

“Such a great platform but such a bad platform, don’t you think? For example, snapchat disappears. These kids don’t understand what they’re doing.” — Michelle

In one part of our conversation, Michelle says that kids don’t understand what they’re doing, and that’s what makes platforms like Snapchat dangerous.

When I was younger, kids would “pants” each other in junior high. They would walk up behind other students, grab their pants, and pull them down in front everybody.

There’s a massive, unfair demonization of new technologies when in reality, humans are acting the same as they’ve always acted.

The only difference now is, social media is exposing these behaviors to the world.

3. Is social media the only thing that causes addiction?

A lot of people talk about how one of social media’s negative effects is addiction. They talk about how the ramifications it has for things like mental health.

I think this is an interesting topic. There’s an argument out there that millennials are addicted to their phones, and it’s affecting their lives at home and at work. Simon Sinek talks a lot about this.

But the question I always ask is, what’s the alternative?

In 2019 there are plenty of kids who spend all day on social media at the expense of other areas of their lives, but years ago, they likely would’ve spent that time consuming the “entertainment” of that generation. Nothing would’ve changed, except the medium.

We’re deploying our angst against the medium too much without looking at the human being.

Look at it from the opposite perspective — what if a kid who is sitting on Instagram all day right now would otherwise be out in the street breaking the law? What if social media is actually preventing some kids from engaging in bad behavior?

People are cynical about social media because it’s new. We’re scared of what this technology revolution means and what’s going to change.

4. Most people conform to society’s definition of political correctness

If you’ve been following my content for any length of time, you know that I don’t pander to political correctness.

When I first started putting out business videos years ago, I was scolded for acting the way I do. At the time, it wasn’t common for “businessmen” to curse, wear t-shirts, and get D’s and F’s in school. People thought it was unacceptable.

It was even more extreme when I was growing up. When I was in school, kids who didn’t get good grades were looked at as losers.

But now, things have changed. If you’re a D and F student in today’s environment and you’re selling stuff online, people will look at you like you’re the next Mark Zuckerberg. Now, it’s “cool” to be an entrepreneur.

I don’t pander to political correctness because it’s not a good “north star” of what’s true.

The bigger question for me is, what’s the intent behind their actions? How are my kids treating others? Who will they grow up to become in the grand scheme of things?

To me, that’s what’s important.

5. It’s a good thing that social media is exposing us

Social media is not only exposing bad parenting strategies, it’s exposing our true character to the world.

You can’t live with “multiple personalities” anymore like you could before — one for work, one for your friends, etc. Your character is visible in full form on the internet.

You are who you are now in this world. You can’t fake your persona or target it at different people.

So here’s what’s going to happen:

It’s starting to happen, but it’s about to get way more extreme. Every shortcoming that you have as a human will be exposed over the next fifty years, which will lead to the most exciting part:

We’re going to have incredibly valuable conversations around “taboo” areas like mental health, sexuality, finance, self-esteem, and more. People will uncover insecurities about themselves that they might not even be aware of.

It’s why I talk about “telling the truth” as the best strategy for personal branding.

We’re at the beginning of a significantly better era for the human race, yet everybody’s looking at it like it’s a huge negative.

Click here to watch the full discussion with Baby Ariel