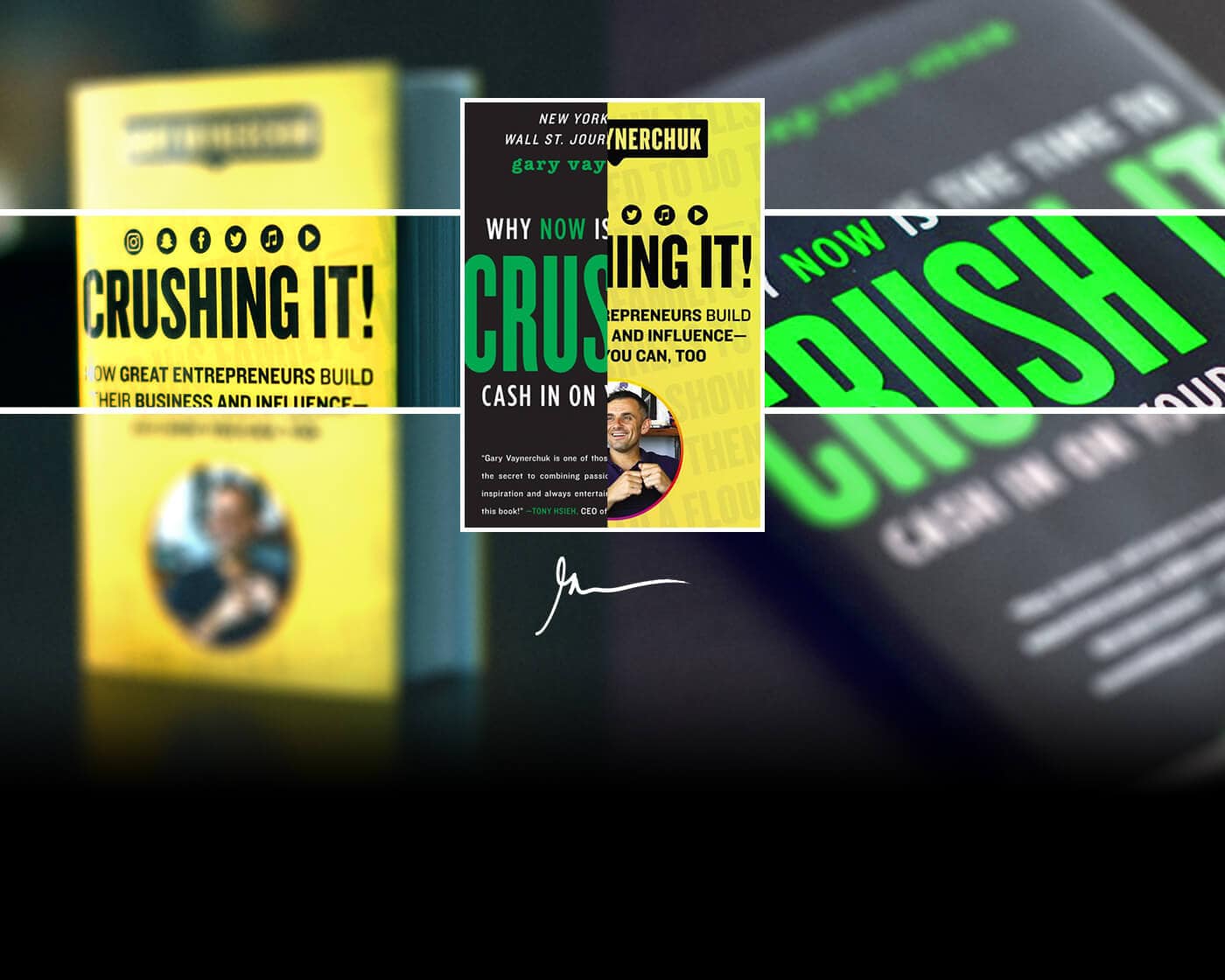 From Crush It! to Crushing It! What Changed Since My First Book

A lot has changed since I wrote Crush It!, but surprisingly, a lot hasn’t. Anyone who follows me regularly knows she can fast­ forward through the first ten minutes of my keynote speeches, because I’m just going to repeat the facts of my life and my opinion of the world in pretty much the exact same way that I have been doing for almost a decade. Once those ten minutes are up, though, you never know.

And that’s what I’m going to share in this book—the part of the keynote that changes every six to nine months because that’s how frequently the platforms evolve. I want you to learn the most up-­to-­date information on how to best leverage the platforms of our digital world to create powerful, last­ing businesses and brands.

The biggest difference between my first book Crush It! In 2009 and the one you’re reading now is this: my voice isn’t the only one you’ll be hearing from 😉 For the last 9 years, since Crush It! was released, I have gotten a handful of emails and messages every day from people telling me that that book has had a profound impact on their lives. And it wasn’t until I started seeing some of these people REALLY blow up that I decided I needed to do a proper follow up on this phenomenon. And that’s what Crushing It! is all about.

I want to introduce you to other entrepreneurs who have had unbelievable success by following the Crush It! principles to build their personal brands. Some are internationally well known, some are still climbing their way up, but all of them are loving the life and freedom they’ve been able to build for themselves. You’ll hear from well known names like Lewis Howes, Chase Jarvis, Lauryn Evarts, Shonduras, John Lee Dumas, Rich Roll, Brittany Xavier, Pat Flynn, Andy Frisella, Jared Polin, Amy Schmittauer, and many more who all read Crush It! and went on to build powerful businesses and brands based on its’ principles and ideas.

Though each of their stories are unique, I suspect you’ll be both relieved and thrilled to see that they are not that different from you. How can I say that when I don’t know you? Because the secret to their success (and mine) had nothing to do with where they came from, who they knew, where they went to school, or what field they were in. Rather, it had everything to do with their appreciation for the platforms at their disposal and their willingness to do whatever it took to make these tools work to their utmost potential. And that, my friends, is something I will teach you to do, too.

What I can offer you in this book is a set of universal principles, strategies, and tactics that have worked very well for me and countless others. We’ll dissect every current major platform so that all of you, from Plumbers (see page 209) to Park Rangers (see page 191), will know exactly which platforms to create your content for, as well as which platforms to focus on for the distribution and exposure of that content.

The world has changed since 2009 and the idea of building a powerful brand is more apparent than ever. Not everyone can do it of course, but if you’re talented, work hard enough, and execute on these platforms the way you’re supposed to, it is very likely you can build something real for yourself.

Just look at me; from being “the wine guy” in 2009 to building an 800+ person full service creative agency just 9 years later, these things work. And so, with this book, I want to show you what I and others have done and learned along the way.

What I want this book to leave you with is not only the potential path to professional and financial success, but more importantly the blueprint to living life on your own terms.

CRUSHING IT! IS AVAILABLE NOW

Thanks for reading ❤️

Crushing It! is also available on Barnes & Noble