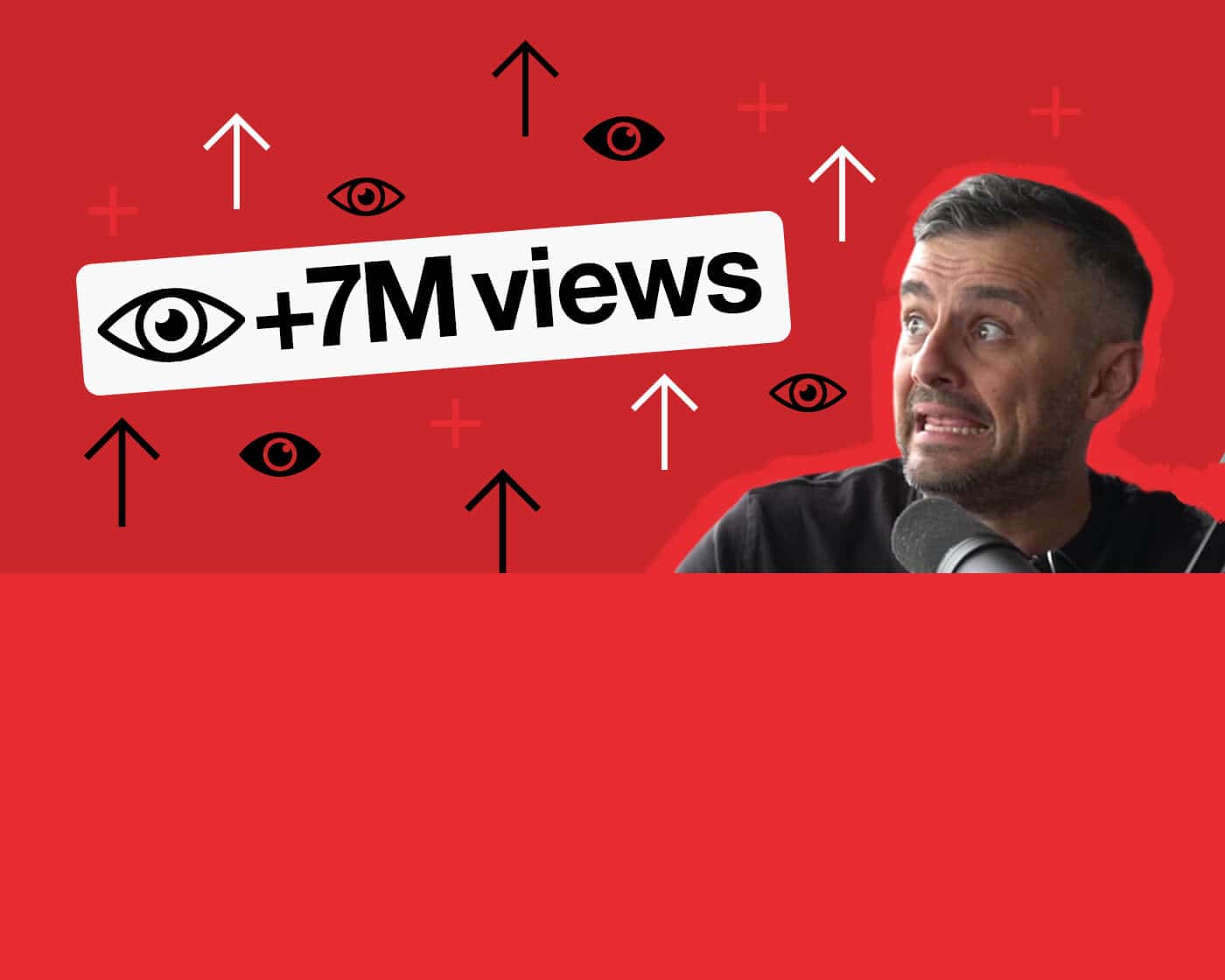 How We Created 7 Million Extra Views

We wanted to share some tactics and examples of how we (Team GaryVee) create content for Gary’s social channels!

To really break it down, we used some examples of content we created from an episode of 4Ds (a business consulting session that Gary does for entrepreneurs, personal brands, and SMBs) based on The GaryVee Content Model.

For those of you who don’t know, here’s a quick explanation of what the content model is:

The GaryVee Content Model starts with a “pillar” piece of content – this could be a daily vlog, Q&A show, keynote, podcast, or any other piece of content that directly documents Gary’s life. Then, we use that pillar piece of content to create smaller pieces of “micro-content” – images, short videos, mashups, GIFs, articles, memes, quotes, etc – that we can distribute across the platforms that matter.

On July 23rd, Gary recorded a 4Ds session which we broke down into 30+ pieces of micro-content to distribute across 6 – 10 different platforms. In this case our “pillar” piece of content was the 4Ds episode.

To learn more about the content model in detail, check out this article and Gary’s 86-page deck that goes along with it.

Here’s how we thought about each clip from the 4Ds episode and some context on why we made it:

Clip #1: I Enjoy The Game, Not The Trophies

To decide on the title for this particular micro video clip,  Gary and the team came up with four title options and posted it as a poll on Twitter.

When we presented it on Twitter initially, we also shared the video clip with title options and subtitles to engage viewers (since many people browse Twitter without their sound turned on).

Using the poll option on Twitter allows the community to easily vote on the best title, and choose which one they like best. This also lets us involve Gary’s community more in the content production process, which is always something we try to do.

Letting people participate early in the process (before a clip goes out) makes the process fun, exclusive, and builds some excitement within the community for when that clip actually goes live.

Clip #2: Of course your employees don’t care as much as you do

We’re always looking for strong, actionable messages that Gary talks about and in this one, there’s a little bit of a twist.

In this video, Gary mentions how most employees at VaynerMedia are out of the office by 6pm. We thought viewers would find that surprising and interesting, given Gary’s work ethic and how much he works.

We framed this clip to appeal to two different audiences: 1) employers, and 2) employees. Employers are the ones evaluating employees and doing the hiring / firing, but employees are sometimes misunderstood as “not working hard enough.”

When Gary stands up for the employee and shares some of his countercultural points of views about management, we’ve found people respond really well to it.

In this part of the 4Ds session, Gary talks about owning a cannabis-related domain name in 1997 and being ahead of the curve when it comes to rise of cannabis.

From there, he started talking about a different topic – how  he doesn’t feel the need to brand himself as a “cannabis expert” despite being ahead of the curve, and how many people are “chasing” new trends.

We ended up not using this clip because Gary jumped from one topic to another within a few seconds. Because he didn’t fully finish his thought process, we didn’t feel like it would provide enough value to the audience, so we didn’t put it out.

Gary often tackles topics that other people shy away from. When that happens, we jump at the opportunity and chop it up into a micro clip because that’s a big part of what makes Gary so refreshing to listen to.

That’s why we produced this video:

When we produced this video (and when we produce Instagram video content in general), there are 4 things we try to include:

Clip #5: A video for TikTok

Gary’s been super bullish on Tiktok lately and we want to make sure that with any video, we think about how we can tailor the content to that platform.

Once we finished the whole packaging of that clip, we exported the clip to TikTok, and chose the muted version of the same song to overlay when posting (so the algorithm would know we used it).

When Gary gives tactical advice, we really like to take advantage of that and build it out into a deeper, more in-depth video clip.

That’s what we did with this video – Gary broke down why podcasting can be a great hack for producing more content. We inserted some slides, music, and editing to make it easier for people to follow along and implement the advice.

To take full advantage of this concept, we also created a cartoon to publish on LinkedIn, as well as a cartoon slide deck that breaks down this concept in a clear, step-by-step way.

We also put out this blog post, a podcast, and several other posts not included above 🙂

Even if you don’t have a team, start the process with whatever works for you – it could just be starting with a podcast that you turn into a blog post (through the transcript), or just a series of tweets and images that are easy for you to produce.

Gary always says that in the debate of “quantity vs quality”, quantity is often what leads to quality because it lets you better understand what “quality” is in the eyes of the market – so don’t be afraid to put out a higher volume of content!

And check out the video version of this article here: