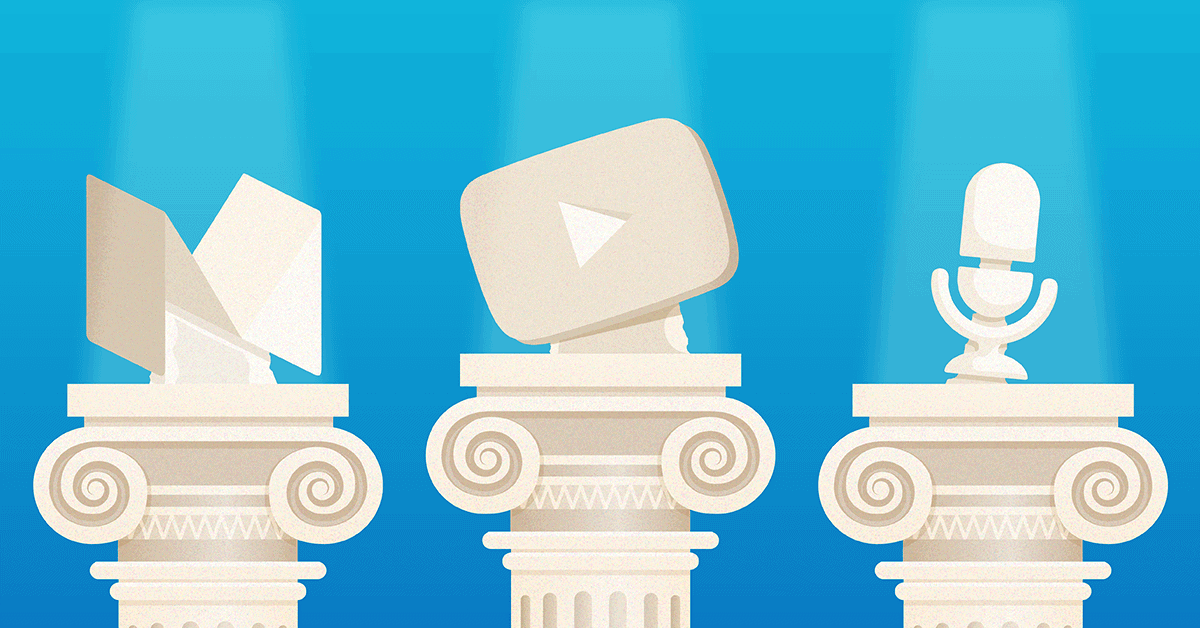 What I just said right there is the infrastructure for a true content strategy.

There are so many of you out there who aren’t producing the number articles or pieces of micro-content that you could be producing all day long. And I get it—for seven or eight years, I made the content by myself. I didn’t have a team of smart and attractive people to help me create all these articles, video clips, infographics, and episodes for you to consume every day. It was just me doing my thing.

I’ve expanded since then and I have gotten plenty of emails about how some of you are ready to take the next step about having your own copywriter or designer or videographer and I encourage you to make that investment. If you’ve got the dollars and you don’t mind spending the money for someone else’s salary, make the investment now so you can make it in the long run.

Here’s the strategy: it’s me understanding that if I make the investment into core content pillars (like The #AskGaryVee Show and DailyVee), I can then empower my team to consume that content, see what’s going to resonate, and they can create content around it.

All these words that you’re reading right now were probably synthesized by my team from a video or a podcast or an interview and then overlaid with grammar, commas, and some leeway. Then I listened to it, tweaked it, and altered it a bit. After, we brainstorm some headlines, I write some copy for Facebook, we create some image quotes for Instagram, etc. That’s really how we do it.

And that’s just our normal system for creating content from content. Sometimes it goes levels deeper. Like I said at the beginning of this article, what you’re reading right now was based off a video that I decided to make after reviewing an article my team wrote for me!

When you have something at the top, like I do with my two shows, using it as a source for other content is something you have to start thinking about, especially if you want to be allocating resources against it.

When you have something at the top, use it as a source to create other content.

For example, all the podcasters out there (I’m looking at you Pat Flynn and Lewis Howes), can easily make content just from the podcasts you produce normally. All of your interviews could be four Medium pieces. One sixty-second clip could be a SoundCloud bit. Another clip of audio could be combined with some visuals to create an engaging video. There is an enormous amount of content that can be mined from the big pieces of content that sit at the top. It’s the hacking of the mothership-content into micro-content.

You can also think about animated GIFs as an example. Almost all of those pieces of micro-content that you see on Tumblr and Facebook probably came from bigger pieces of content and media. They were just pieces that people thought were funny and were chopped from the original video. They were a byproduct of something larger.

I want you to take a step back and ask yourself how you can create a weekly podcast or a daily video show that can lead to other pieces of content or micro-content. It’s all sawdust. I’m fascinated by sawdust. It’s the byproducts of your output whether you’re a podcaster or a writer or entrepreneur. It’s someone who took the sawdust after cutting a bunch of 2x4s, repackaging it and then selling it. Figure out your sawdust.

If you were confused about the whole meta quality of this article, watch this video because that’s where this article comes from: