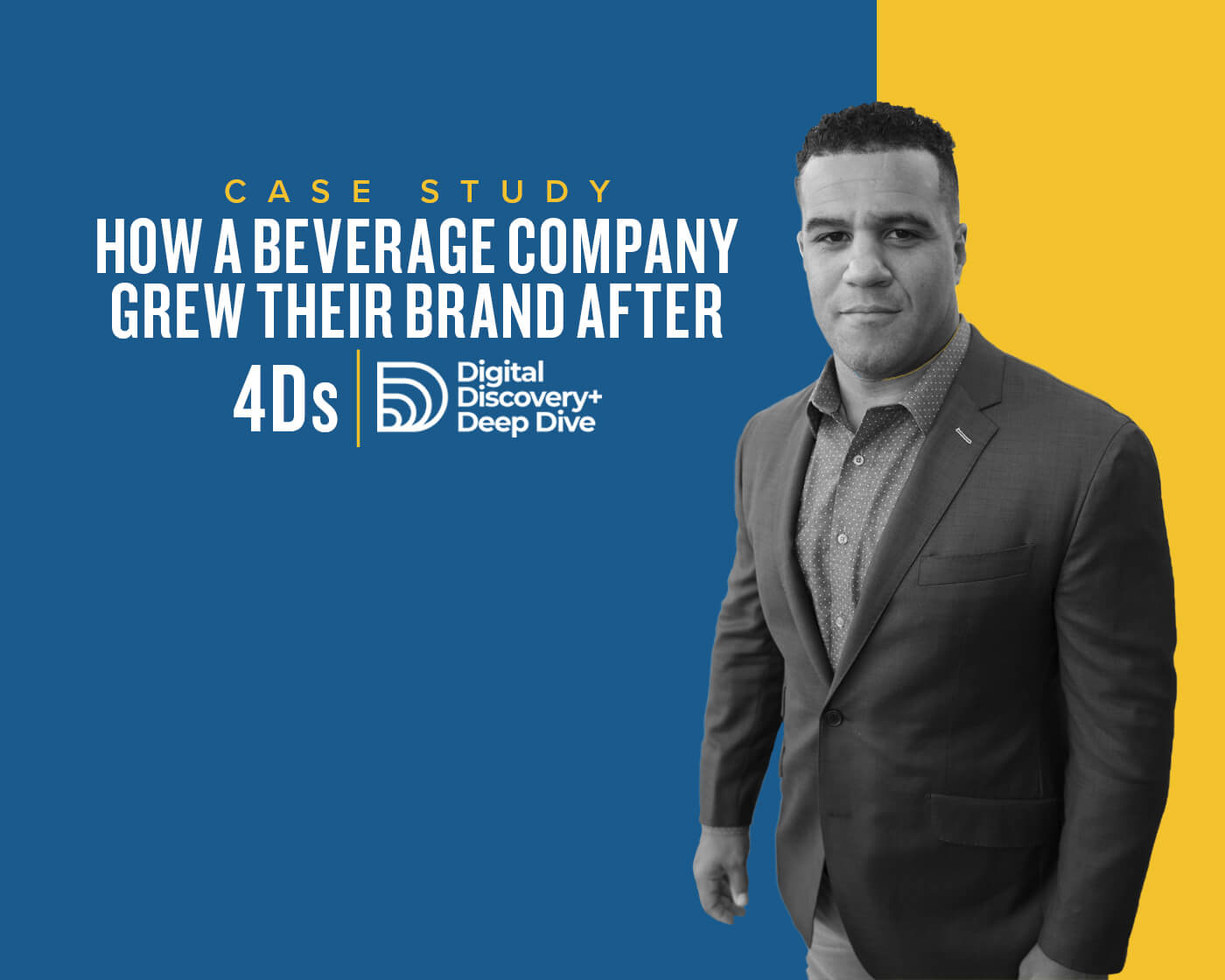 How a Beverage Company Systematically Grew Their Brand After 4Ds

As the CEO of VaynerX, it has been an enormous goal of mine to share our expertise and the stories of companies and entrepreneurs we have helped – from seasoned veterans to those just starting up.

In 4Ds, we take attendees under the hood of VaynerX — both analyzing the work we do for some of the biggest brands in the world and showing how those tactics can help small to medium businesses.

Today’s interview is with Jaisen Freeman, co-founder of Phusion Projects, a beverage company with products like Four Loko in their portfolio.

He brought some of his team to 4Ds, and used what he learned to grow the company’s brand.

We were in a transition from a marketing perspective. I was following Gary for a while, and of course he had a lot to say on the subject.

I wanted to get with someone who was cutting edge and could understand how the business and our team was thinking.

We saw what VaynerX was doing and where they were at. I respected what you guys had built and I wanted to get a peek under the tent to see how things are done behind the scenes.

“What was the most impactful part of the program?”

The whole thing was incredible.

The best part was understanding how your teams look at each of the platforms on social, from a digital strategy standpoint. We got to understand where we should be playing and shouldn’t be playing, and how we should be approaching those platforms from a strategic point of view.

This was very, very helpful for us for a couple of reasons:

One, it helped us grow our brand on social by understanding the value of each platform.

Second, we’d been working with a lot of agencies, and we wanted to get more insight into how those agencies think. We wanted to figure out whether we even needed an agency, whether we can do the work ourselves internally, and how to manage the agency we were working with.

Ultimately we saved a ton of money by taking a lot of those marketing processes internal.

“What kind of results did you get from the program?”

The biggest thing was that we brought a lot of content creation and distribution in-house. We don’t have the studios and resources that VaynerX has, but 4Ds gave us a blueprint of how we could still leverage the resources we had to distribute and create content.

An interesting piece of advice we got form Gary was to “own” one of the platforms and do really well at that, and then “test” other ones on the side.

Ultimately, we found that our customers right now are predominantly on Instagram. We don’t have a huge budget, so we focused on growing one platform instead of spreading thin with a bunch of other platforms. We grew our organic following too by producing content and commenting and engaging on other people’s posts.

“Anything that surprised you about the program?”

For us, the biggest value that came from 4Ds was being able to bring the whole team in and get them engaged together.

Here’s why it was surprising.

When you bring people into a room and have someone else try to tell them how to do their job, they tend to reject it. People usually don’t like it when people tell them what to do.

But with our team, our people were extremely engaged and implemented the material they learned even a few months after we came back from 4Ds.

A big reason for that was the credibility Gary brought to the table. On top of that, the team at VaynerX really knew what they were talking about. It’s hard to say that anyone is an “expert” in this fast-changing space, but we felt Vayner had that credibility.

The experience was so different from working with other agencies who just wanted to get us in a room and pitch us for business.

“What did you think of the team?”

Everyone was very knowledgeable and deeply knew what they were talking about. They were respectful, passionate, and shared a lot of concepts that we hadn’t even thought about. People at VaynerX were clearly passionate about what they did and that went a long way with our team.

I think it’s for any brand that’s trying to break through on the social and digital sphere – which honestly should be every brand, no matter what it is. Doesn’t matter whether it’s a consumer brand or a commodity driven by interaction.

For us, we brought our whole team in. From our POV, it makes a great offsite for a team to come together and interact with people who do cutting edge things. Any CEOs, CMOs, directors of marketing, and anyone who’s working with agencies to understand how to work with them and manage them correctly.

For us, it gave us great validation on what we were doing well and what we weren’t doing well. It’s easy to get in a bubble as you’ve been working in your company for a long time and you get stuck in your world.