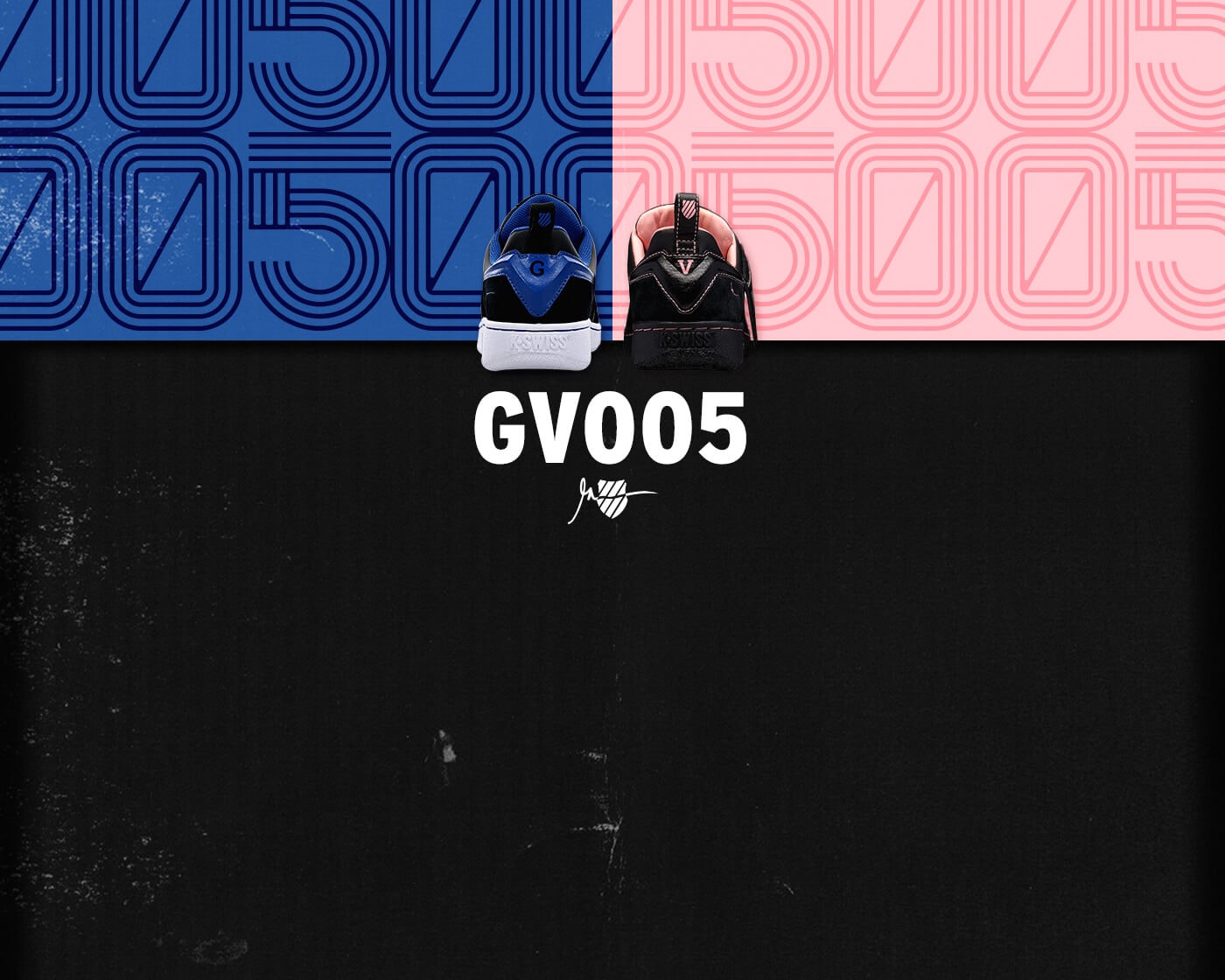 When Gary was a kid, his family did not have a lot of money.

Gary was a Jets fan and wanted a Jets jersey but his family couldn’t afford to buy him one… so his mom knitted him a Jets jersey with his name and the number 5 with it.   Gary wore it every day as a kid and he still has it to this day… he considers it the one item that represents his life more than any other item on earth.

Ever since he got that jersey, the number 5 has been his favorite number and is represented throughout his brand and what he stands for – as seen in many of his photos and selfies where he flashes the number 5 on his hand. It’s a lot more than a number to him, it represents who he is, where he came from, and the self-awareness that has led to a lot of his success.

That’s what makes the new GV005 so incredibly special.

That story started the development of the GV005, the first built-from-the-ground-up silhouette in the KSWISS x GaryVee collection.

The GV005 comes in Coral and Cobalt colors.

The Corals are a limited edition (only 300 pairs available) launched at ComplexCon and have officially SOLD OUT.

You can get the GV005 Cobalts here.

The GV005 is designed based on one of K-Swiss’s most iconic styles “Classic VN.” It contains premium leather/nubuck upper with K-Swiss’s five stripes in premium wool materials, and it is put on a chunky yet streamlined cup-sole unit.

Throughout the shoe, many distinct Gary features have been built in, including a one of a kind, Card Pouch Hang Tag, as a nod to Gary’s early entrepreneurial days in the baseball card market. The number 5 is expressed in five different parts of the shoe as its Roman numeral symbol “V”.

Check out the GV005 Cobalts here.