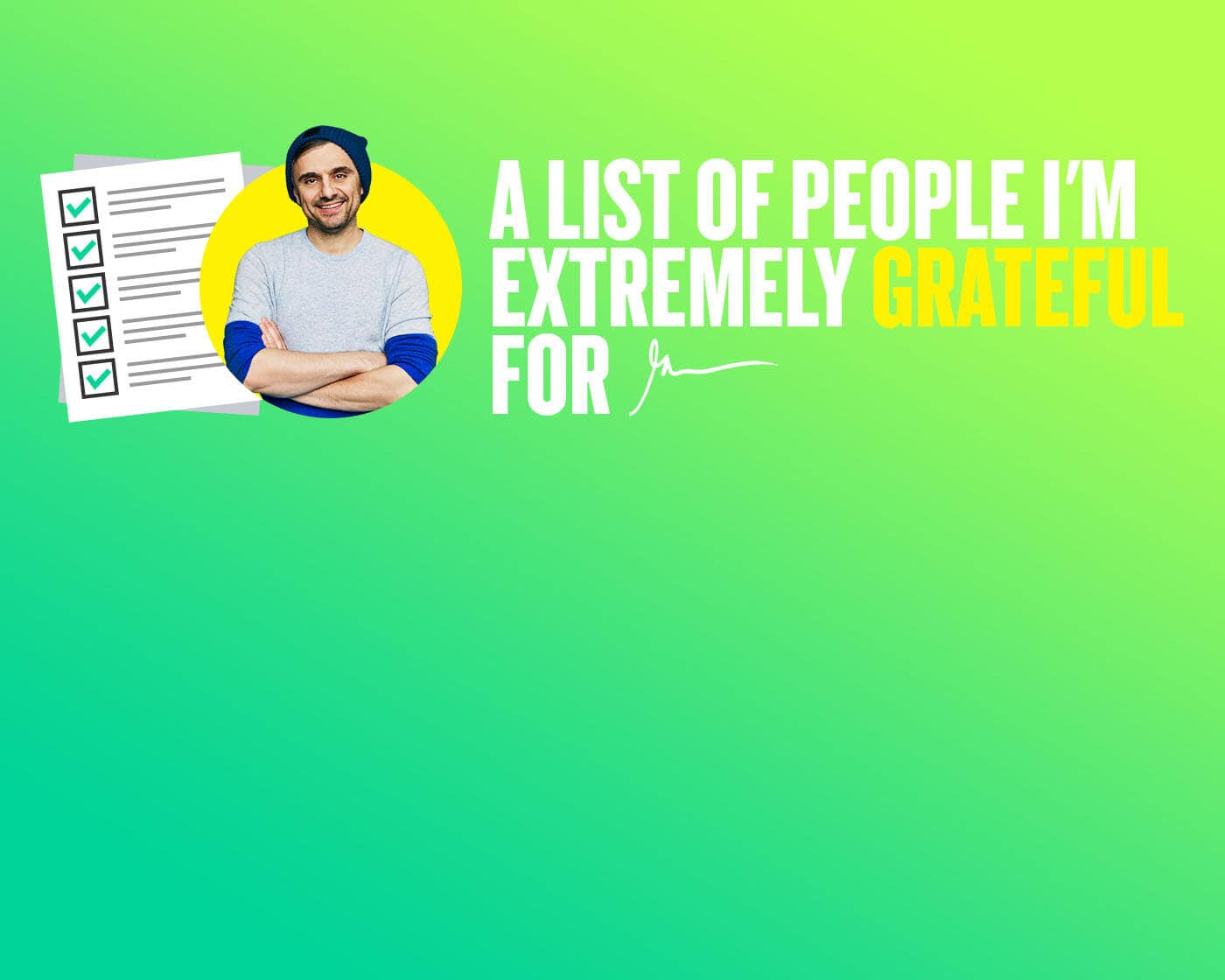 A Huge Thank You To All My International Volunteers

Over two years or so, I’ve been working with a lot of great contributors who have been working hard at translating my content to different languages.

I wanted to write this article to bring them some exposure because a) I would love for you guys to do some work with them, and b) I’m eternally grateful to them for helping me expand my reach.

Now, let me introduce May who runs my international strategy 🙂

Hi everyone, this is May!

I’m a channel manager on Team GaryVee and I support Gary’s international growth through content creation and distribution. Although on the surface it seems like chaos managing Gary’s content in multiple languages, I’m fortunate enough to work with amazing volunteers who dedicate their time and energy to help grow Gary’s presence in their native language. I will be forever amazed by how hard and relentless they work to spread Gary’s message and am beyond honored to call them members of Team GaryVee.

All listed individuals have played a huge role in paving the way for Gary’s international presence. Without their hard work and continuous efforts, we wouldn’t be where we are today. Some are currently active in various positions, and some were active in the past. Nevertheless, Team GaryVee would like to recognize their achievements and dedication with our deepest thank you!

Camila has been on the Portuguese team for 1.5 years and shows a level of humility and curiosity that is hard to find. Camila started Gary’s Portuguese IG page, where she pushes out daily content with other volunteers to spread Gary’s message. Outside of translating, Camila is a skilled civil engineer finishing up her Master’s Degree in Brazil.

Victor has been with the Portuguese team for +1 year. He has brought his professional expertise into helping Gary expand his Portuguese presence and is known as the “Papa” of the team. His leadership style shows positivity and a strong sense of purpose to the rest of the team and has helped expand the native Portuguese audience with his detailed grasp on translations.

Karol has been translating Gary’s content into Polish for +2 years. He started out with curiosity and eagerness to spread Gary’s message in his native language and is one of the fastest translators on the international team. Following Gary’s advice, he decided to go deep with voice solutions and has one of the most popular business podcasts in Poland.

Michal has been on the Polish team for 2 years and uses his video solution tools to automate content translations for GaryveePolish. Michal is now active in the voice community through recording podcast, organizing meet-ups and working on new voice endeavors. Michal without a doubt has brought the concept of not only working hard but also smart onto the Polish team with the tools he has been creating.

Skipper has been on the Chinese team for 2+ years and produces daily Chinese content for Gary. It’s easy to describe him as the backbone of the Chinese team with the amount of effort and genuineness he has given to the team. Outside of Gary content, Skipper is the co-founder of an export trading company based in Shenzhen, that focusing on telecommunication cabling. They strive to help customers from other countries get the right products directly from the selected manufacturers.

Jun has been on the Chinese team for 2 years, where she continues to seek connections in the startup space to help Gary expand his reach in mainland China. Jun is the co-founder of Dapp, where they strive to build the world’s largest dapp store and market analytics platform.

Darren was active on the Chinese team for 1 year and took Gary’s advice on executing and now manages 20+ staff in his blockchain company. During his time on the team, managed to translate over 200min of YT videos in a few short months.

Gary here again 🙂 I wanted to thank all the above individuals and many more who have contributed in some way to my international presence. I would love for you guys to hit them up, connect with them, and potentially do some work with them!! They’ve been a huge help to me and I am forever grateful.