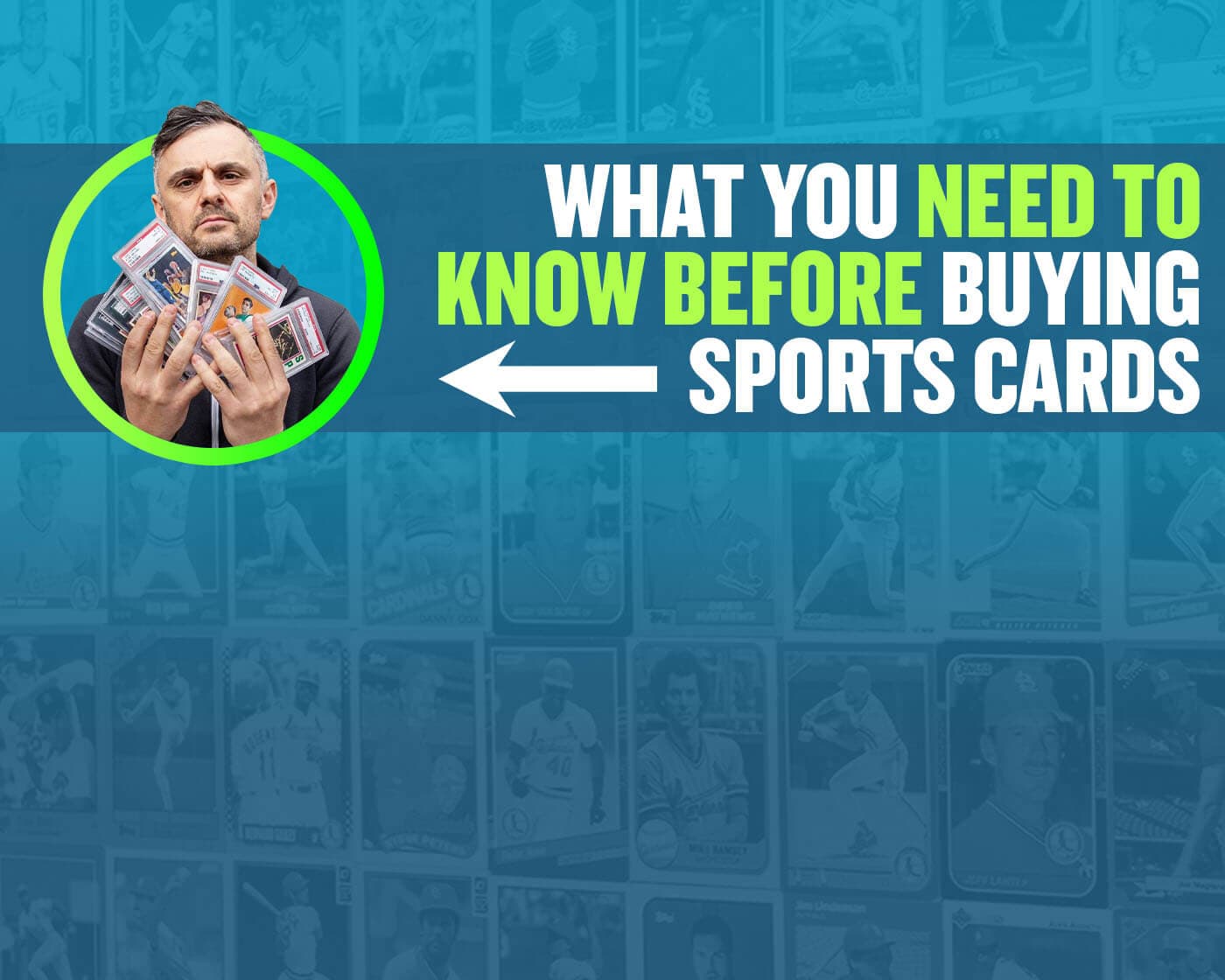 Sports cards are an extremely fluid marketplace that is clearly in a hot moment right now.

This was happening long before I started talking about it. It was brewing. When I went to the Cleveland National three summers ago, I went very quiet and just listened. It was very clear it was “happening.”

And like every market, things go up and down.

So, if you think this is a “get rich quick” thing or that it’s super easy – or that you’re just going to buy what I tweet about or what other people tweet about and it’s going to be your retirement fund, you’re in for a rude awakening.

First of all, this is a hobby – which means people should just be in it for the fun. But as a business, it is very volatile. It’s up and down. And it’s definitely something that you can lose a lot of money on if you’re not educated.

Also, athletes get hurt. For example I was obsessed with Derrick Rose – I would have had hundreds of thousands of dollars put into Derrick Rose cards, and then he would’ve gotten hurt and never come back the same player. Things change. Players change, legacies change. Sometimes people forget about great players.

So there are a lot of vulnerable aspects to this business, but no question, the gambling aspects that the cards companies have manipulated by creating “limited edition”, the culture of buying and selling on the internet through eBay and StockX, the coolness factor, etc all make a difference. The fact that Giannis shared his own cards on an Instagram post, and that LeBron commented on a post about his card auction also make a big difference.

There’s a lot happening and there’s much you should know, and I’m not the expert of the things you should know, but I am obviously passionate about it. I used to be very “in it” and was an expert, and I’m definitely paying very close attention the last two, three years.

Here are some factors I’m thinking about:

For the record, I’m not somebody who buys a whole lot of raw because I don’t understand how to grade on the eye and don’t have a grading infrastructure.

I’ve worked hard for 25 years to have the financial capability of spending time in graded cards more than raw. But 15, 20 year old me would have lived in raw. I would have known how to look at it and grade it. It’s where I would have made all my money, and it’s an incredible place when people have time and have more limited budgets.

I also think buying raw and selling raw is a great opportunity as well in this market.

But that can change over time.

I think the grading company is a really fascinating debate because I could see in 12 years from now, a different brand being number one, and then if you overpaid for PSA and you underpaid for SGC, it would make a difference.

There could be innovation. Somebody could use technology to take the human element out in seven years, and create a grading company that you put the card through a machine.

There might not even be a human involved in the grading process, and it could become a dominant player as a grading company. So, there’s a lot to the grading card thing. Right now it is the absolute currency of the industry on the premium end and may continue so for a while.

It’s also important to understand the landscape of exclusive rights.

Right now, Panini has basketball and football; Topps has baseball. In six or seven years, that may change. For example, there are some “weirder” cards made by other companies like Nike. I think those are worth paying attention to.

Whether it’s a list like this ESPN list that I’ve been focused on for basketball, or if it’s other lists that rank all-time best players, those do matter. If Ronald Acuña goes completely ballistic for the next seven years and is widely considered the best, or one of the five best baseball players of all time, that’s going to matter. It’s no different than the way it’s mattered for Mike Trout, Tom Brady, and LeBron James in their card value.

What I love about sports cards is the challenge of seeing whether I’m right or wrong about a player. That’s super fun.

And at the same token, I was super right about Giannis and Luka.

So, your talent evaluation is a humongous variable. That’s why I like going with vintage, and players that are iconic and without much downside. But I’d be lying if I didn’t say it’s exciting to figure out which NBA rookie is the next big one. Is that Colby White? Is that Jaren Jackson? Is that Tyler Herro? Is that De’Aaron Fox?

That’s a really fun part of the hobby and there’s a lot of money made and lost in it.

6. Player’s life off the field

This is a huge thing that I’ve been spending a ton of time thinking about.

Major markets matter. When you win with the Yankees, the Lakers, or Celtics, it just matters. I do think that that’s something people should take into consideration.

That also doesn’t mean you can’t excel as an individual athlete. I wouldn’t say the Anaheim Angels are the hottest team, but Mike Trout is “the guy.”

And so, Ja Morant is in Memphis, but I think if he ends up being who he looks like he might be, it’s going to work out, or he’ll sign his second contract in a big city.

One of the things I’ve been most fascinated about getting back into cards the last three years is that the “rookie card” changes.

There will be a ton of money lost by people that read this article because they become “loose” – they go into gambling mode, they don’t do their homework, and they’ll lose.

You have to understand that macro markets go up and down, and please, please don’t become delusional that this is guaranteed.

Spend some time educating yourself by looking at articles online, population reports, forums (like Blowout Cards), and just really thinking about this.

The world is getting smaller with FedEx, eBay, other platforms, and China is getting more and more serious about basketball. That demand market will be a huge factor. Soccer, basketball, and even wrestling really have huge upside in my opinion – but like I’ve said before, always look at the macro economy, as sports cards definitely aren’t a top need for most.

However, it’s stunning to see what is happening with cards – just Google : “sports card industry” and hit the “news” tab and read articles in the last 3-6 months.

If you enjoyed this article, would mean a lot to me if you shared it on Twitter!