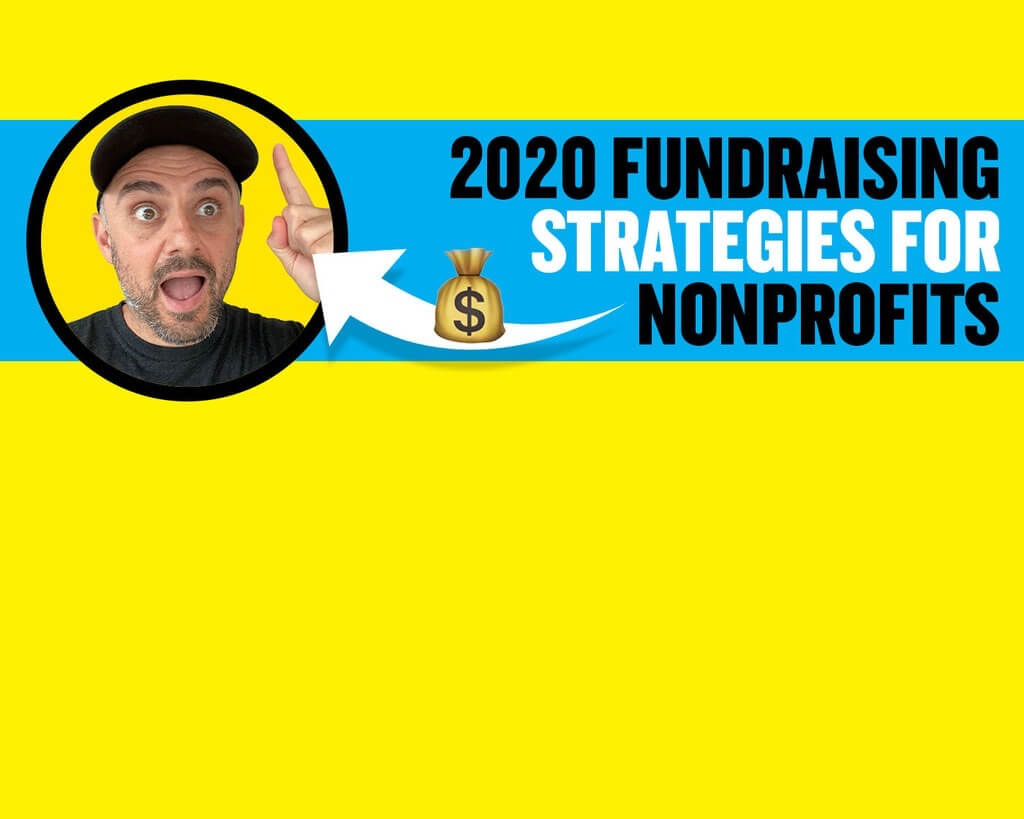 Those who undertake the noble effort to work within a charitable organization often feel trapped between the group’s greater mission and the need to raise cold hard cash so they can actually do the good work.  How are the rules the same and how are they different from the for-profit world?

Gary and his guests have debated and discussed this question for years. What makes a non-profit effective? How can NGOs  become self-sustaining and leverage the realm of social media?

These questions are not new. They’ve resurfaced time and time again, most recently at VaynerX’s Marketing for the Now series, with no legitimate “quick” answers. Below are approaches from Gary and his guests to the most common question … “How do nonprofits make money?”

Question: What should an up-and-coming charity focus on to be successful?

Scott Harrison (Charity Water): Two things come to mind. One, get your business model around money. You don’t need to adopt the 100 percent model because that’s incredibly difficult. What you need is to tell people where their money goes. [Charity Water] is completely transparent with where our money is going. If [your nonprofit] needs money for a lawyer, there are people that will help you pay those legal fees, but you’ve got to tell them.

Number two is storytelling. You have to be telling stories about why your solution is the best one out of the gate.

Gary Vaynerchuk: Storytelling is it. What’s amazing about the internet is that you could be like Scott and I. You could put out a lot of great content that makes a collective dent. Or, you could be like Dollar Shave Club. The stories matter so much.

The reason why Scott is so successful is because he leaned into self-awareness at a personal scale. When you have a certain level of charisma and authenticity and a way to communicate it in a way that touches someone, you have a way to recreate [Charity Water]’s kind of model. Lean into your self-awareness and strengths.

Gary: The first thing you need to do is make sure you realize the content doesn’t have to be dynamic.

Everybody thinks, “Oh how do we make it social? How do we make it fun?” Certain content has to be done a certain way. It’s contextual. [If] this is really hardcore stuff that you’re dealing with, I actually think the content needs to be educational without being too complicated. I mean, [if] it’s a depressing matter you’re not going to be able to lighten it up, right?

You need to focus on what it is.  So, I would educate and create narratives through: white papers, infographics, slideshares, videos, pictures, quote cards, [anything] that actually educates the market. I don’t think it has to be dynamic, I think it needs to be truthfully and contextual to the platform. Is that a 45-second video on Youtube with the right tone music behind it?  Is that an infographic with the right color tones?

Question: How can a nonprofit with very (very) limited resources, quickly gain momentum and build revenue?

Bob Wright (The Suzanne Wright Foundation): My sense is if you have a venture, and it’s got some complexity, you have to have someone that’s full time. Whether that person is paid or not paid is really irrelevant, if everybody’s a part-timer I don’t see how you get it done.

Somebody’s always going to be looking at their watch, in terms of “I gotta go” … and it’s going to be hard to raise money that way. The other side of it is just as bad, where you take the money you raise and you pay two people that are average to be there all the time, now your energy level for the others [who work there] goes down.

You need somebody that’s going to be full-time on that issue, not part-time. We were able to pull together three different organizations with very little full-time people, but every time we got to scale.  I had to have somebody that was full time.

Gary: Listen, we’re not confused or tone deaf.  [Where you are financially] is always quite important.

I think the thing to really think about is to get the word “quickly” out of the equation. Unless you have a miracle situation, where [your organization] becomes so culturally relevant that it goes viral, and everybody becomes aware and wants to donate (aka the ice bucket challenge, which people want to be cynical about, but the data’s very real)–that’s a virality that comes around once in a generation.

So we need to be more practical. Those people who work at your nonprofit, I’m sure they’re incredible. I would like to think  anybody who devotes their careers or all their time to a nonprofit is so passionate about that [cause] they can be patient during a five- to seven- to 12-year window.

What about platform growth and building a relationship with your donors? What platform is best for new nonprofits to utilize?

Gary: It depends on your audience. If your donors skew older, try Facebook groups. I would search Facebook and look for groups [that relate to your cause], and email the admin. See if those groups can bring some awareness to your nonprofit.

In the beginning, you have to ask. When you have nothing else, when you don’t have dollars, you have your creativity and your grit.

So, you have to ask, whether it’s influencers or Facebook group admins.

Is there a difference between fundraising and sales? Do all or any for-profit rules apply in a non-profit setting?

Gary: The ironic thing is, they do map. If I ever get into a chapter of my life where that is the driving force I promise you my execution in that world will look exactly the same as everything I’m doing here. I do think the rules apply and I think there’s a nuance to address: the absolute respect to the customer. I believe that many people who operate in the NGO world have the audacity to think there’s an obligation from the wealthy or people they know, to support them. They come across as arrogant, I would say, as they go in for the ask. They’re less tactful, it’s all right hook city in NGO/nonprofit world. Then, when somebody doesn’t do something, they look down on that person even though the way they approached was completely unacceptable.

The rules [of business] apply. You have to bring a value prop, way too many NGOs and nonprofits mail it in, they’re not thinking of that [potential donor]’s life, they’re just looking for dollars when life is about value exchange–even when you’re doing good things.

Use bionic ears. Listen; and jab within the listening.

How do I “just start” to advocate for others and build the brand?

Jon Taffer (Bar Rescue): Advocacy and money don’t always travel hand in hand together. I know from one end, just my view, if you want to monetize you need money for charity. No money,  no charity. So, you start with monetization and then build to advocacy. I don’t think it’s the other way around, wouldn’t you agree Gary?

Gary: I think you should look under the hood. Do the thing before you talk about the thing … I’m a big fan of working for somebody who’s doing the thing you want to do. Pay your bills and learn the do’s and the don’ts of the industry, then use that platform to build yourself up.

For more information about how nonprofits can grow in the area of Covid, check out these videos on fundraising and business growth.